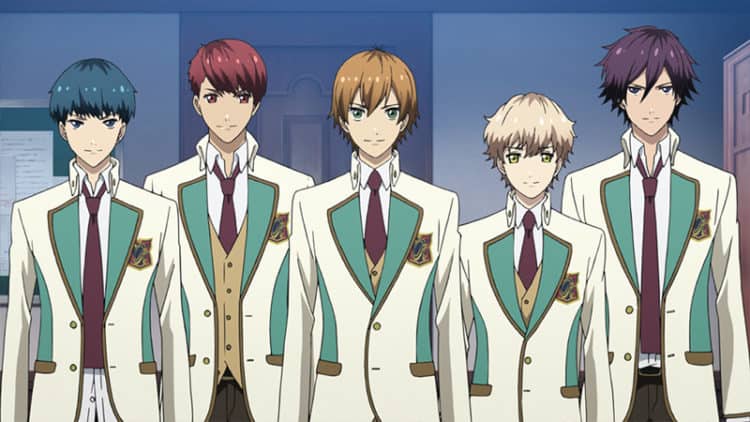 Star-Myu is an anime that has started up a full-sized franchise. It is centered on a group of five students who want to become members of the Musical Department at Ayanagi Academy, which is a prestigious institution meant for the musical performers of the future. In particular, it should be mentioned that said characters want to get into the Star Frame Class that is taught by the most talented students in the Musical Department. Here are 10 things that you may or may not have known about Star-Myu:

There are a lot of anime that are the animated adaptations of pre-existing works. Often times, this means a manga. Other times, this can mean a book, a video game, or some other kind of media altogether. However, it should be mentioned that there are plenty of original anime as well, with Star-Myu being an excellent example.

2. Has Turned Into a Full-Fledged Franchise

With that said, there can be no doubt about the fact that Star-Myu is now a full-fledged franchise. This can be seen in how there is a Star-Myu manga, a couple of seasons of a Star-Myu radio show, and more than one Star-Myu musical.

3. Set to Receive a Third Season

It has been announced that Star-Myu will be receiving a third season of the anime. The full details remain unknown at this point in time, but we know enough to say that the season is expected to start up in Summer of 2019, which isn’t that much further into the future.

4. Some Characters Are Called “Thoroughbreds”

Some of the characters in Star-Myu are called “thoroughbreds.” Essentially, if a character is called a “thoroughbred,” that means that they have a family background in the performing arts. This makes sense because “thoroughbred” is used to refer to a horse breed that sees frequent use for horseracing purposes, though it can sometimes be used to refer to purebred horses as a whole.

5. The Main Characters Are Team Otori

The main characters are five students called Team Otori, having been named thus because they have been chosen by their upperclassman Itsuki Otori because he thought it would be interesting. Personality-wise, Itsuki is a talented nonconformist. Something that is further complicated by the fact that he is a member of a branch family of the clan that runs the school.

6. Yuta Hoshitani Is the Bright and Cheerful Member

Naturally, the members of Team Otori have their own personalities. In the case of Yuta Hoshitani, he would be the bright and cheerful member of the team. Yuta was inspired to enter the school as a middle-schooler when he saw the performance of a white-haired high-schooler. Not coincidentally, Itsuki has white hair.

7. Tooru Nayuki Is the Kind and Gentle Member

Meanwhile, Tooru Nayuki would be the kind and gentle member of Team Otori, so much so that he is perceived to be the team mom. Besides this, he has a serious case of stage fright, which prevents him from fulfilling his full potential as someone with an interest in the performing arts.

8. Kaito Tsukigami Is the Strict Member

Kaito Tsukigami is an excellent example of a “thoroughbred.” Unfortunately, this has left him with some issues, particularly when it comes to his older brother, who is a graduate of the school. On the whole, Kaito can be called the strict one, so much so that he can be called outright stiff before he starts to warm up to his team members.

9. Kakeru Tengenji Is the Proud Member

Speaking of which, Kakeru Tengenji would be another “thoroughbred.” However, his issues are more serious than those of Kaito, as shown by the fact that Kakeru has minimal ability to communicate with people his own age. Never mind how he is hindered by his towering sense of pride. Still, Kakeru isn’t wholly a bad person, as shown by how he manages to get better over time with the help of his newfound friends.

10. Shu Kuga Is the Aloof Member

If Tooru is the team mom, then it wouldn’t be too much of an exaggeration to say that Shu is the team dad. On the surface, he might look aloof, but his behavior makes it pretty clear that his surface can be misleading. In fact, Shu’s entire reason for getting involved with the performing arts is because he started imitating the musicals that he saw on TV for the purpose of cheering up his mother after the death of his father.