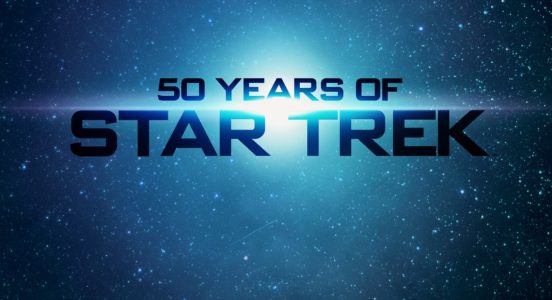 When television producer Gene Roddenberry created the Star Trek franchise in the late 1960s, one of his first rules for the show was “No Conflict Among the Starfleet Crew and Main Characters.” Â Conflict gives rise to drama. Forbidding conflict among the main characters puts a major boundary on the kinds of stories the show can tell. Â One way of viewing the history and evolution of theÂ Star TrekÂ franchise on television is through producers backing away from the “No Crew Conflict” rule.

On the original Star Trek, the “No Crew Conflict” rule did force/allow a host of allegorical storytelling. Allegorical episodes included slow wars and aliens with domino-style skin tones, etc. One episode dealt with the senselessness of the war in Vietnam by showing a slow war. Â The senseless war episode presented a slow war in which two planets, sworn to conflict, randomly sent citizens to disintegration chambers rather than bombing cities from orbit,Â or invading with infantry. Â Another episode dealt with racism by presenting an alien race whose members had exactly opposite domino style skin tones. Â Color-reversed aliens hated each other.

Eventually, even Mr Roddenberry himself must have felt his “No Crew Conflict” rule to be constricting. The original Star Trek writers’ room didn’t take long to produce scripts where consciousness-swapping, mind-control and Vulcan mating drives created conflict among the Starfleet crew. Â These kinds of episodes gave rise to the “Unless the Starfleet Crew are Controlled by an External Force” caveat.

When Mr Roddenberry created the first sequel series, Star Trek: The Next Generation,Â he kept to the rule and its caveat just as thoroughly as in the original series. Â During development, Mr Roddenberry reinstated the “No Crew Conflict” and the “Unless Externally Possessed” caveat. Â Mr Roddenberry’s handpicked successor, Rick Berman, kept the rule and caveat in place duringÂ Star Trek: The Next Generation‘s seven year run. Â Fans did see some internal conflict, but it was under the “External Possession” caveat. Â Android crewmember Mr. Data would malfunction, or some kind of disease would cause the human crew to de-evolve, etc.

When Rick Berman and Michael Piller created the second sequel series, Deep Space Nine (DS9), producers struggled with the “No Crew Conflict” rule. Â Mr Piller is on record chafing against it. Â Fellow DS9 producer Ronald D. Moore cited this Roddenberry Rule as one of the first things he discarded in his own later effort to “completely redefine science fiction television,” with Battlestar Galactica. Mr Berman and Mr Piller did revise the rule, striking “Main Characters” from its wording.

For the third sequel series, Star Trek: Voyager, creators Mr Berman, Mr Piller and Jeri Taylor again struggled with the “No Crew Conflict” rule. Â This time, they found a way to amend the scenario rather than the rule.Â Voyager‘s creators kept the rule as rewritten forÂ DS9:Â “No Conflict among Starfleet crew.” Â However, they changed the scenario in the pilot, combining a Maquis crew with a Starfleet crew. Â By the end of the pilot, all the main characters wore Starfleet insignia. Â Yet, conflict between former Maquis crewmembers and the Starfleet veterans would always be allowed.

The latest Star Trek television series, Star Trek: Discovery, will be the first to allow limited conflict among the Starfleet crewmembers. Â But the showrunners promise to maintain Mr Roddenberry’s ideals in the ways Starfleet crew will solve conflicts on their show.

Star Trek: Discovery (finally) premiers on Sept 24th on CBS broadcast and cable affiliates. Â The network plans for all following episodes to stream on CBS subscription streaming service All Access. Â TVoverMind will continue to provide updates and coverage, so check back regularly.