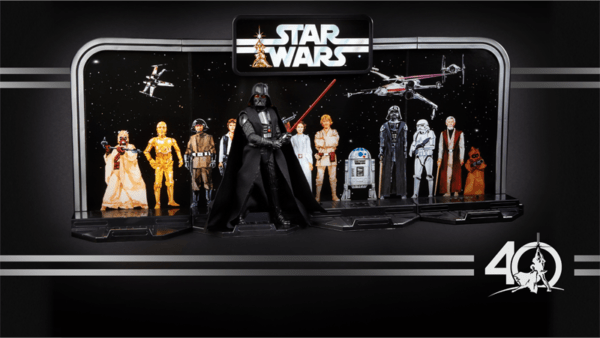 Over the weekend we brought a Hasbro toy gallery to you from the New York Toy Fair that took place.Â  The toy company is releasing lines of Star Wars toys, Transformers toys, and Marvel franchise toys that should be coming out some time in the spring.Â Â  But it gets better.Â  Star Wars has expanded their 40th anniversary figures with retro Kenner-style packaging for their 6” Black Series action figures.Â  According to Nerd Approved:

The first wave of releases will include Luke Skywalker, Han Solo, Princess Leia, Obi-Wan Kenobi, and R2-D2 followed by Chewbacca, C-3PO, the “Death Squad Commander” (Kenner’s original name for their Death Star trooper toys), a Tusken Raider, a Jawa, Darth Vader, and a Stormtrooper for $20 each. These 12 characters were also the first 3.75” Star Wars toys released by Kenner. For $40 you can get a recreation of the Kenner Early Bird Certificate set–an infamous marketing scheme that allowed Kenner to keep up with the unexpected demand for Star Wars toys.

In addition there will also be exclusive releases.Â  Look for Luke in his X-Wing gear and R5-D4 to be available as well.Â Â  Black Series figures should be out in the Spring.Â  More pics below: 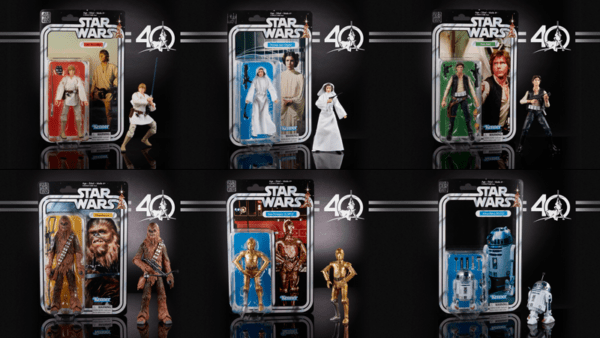 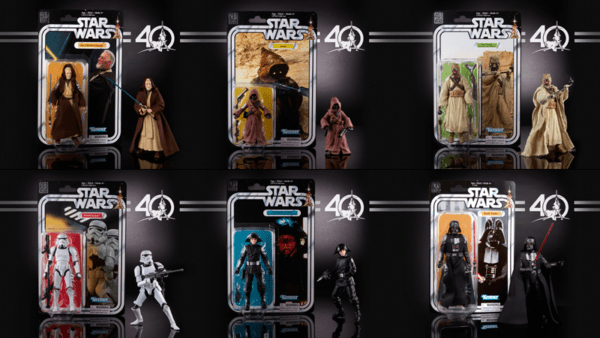 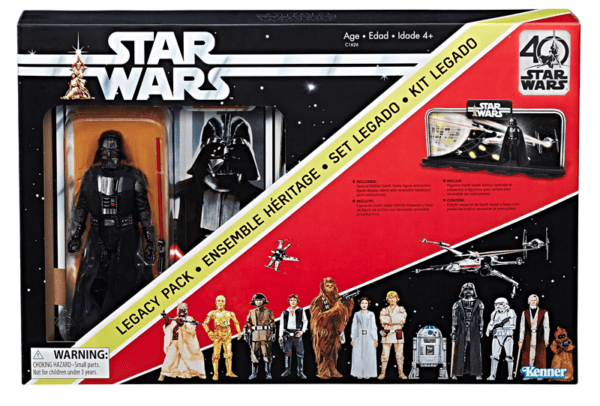 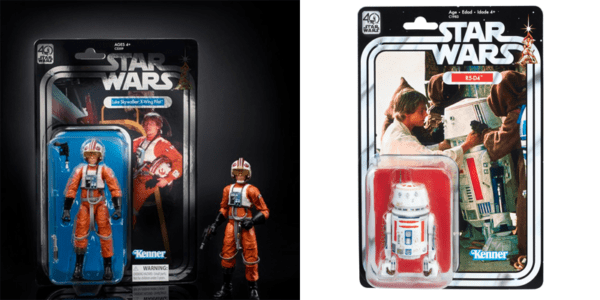