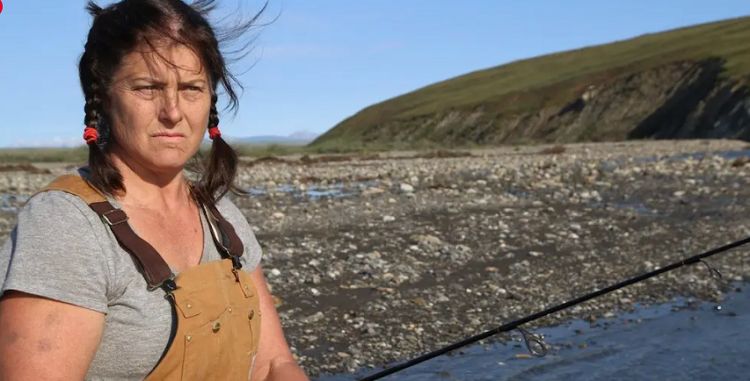 Do you watch “Life Below Zero,” on television? If you do, you know Sue Aikens. If you don’t, you have no idea how this woman is, and that’s all right. She’s a reality television star who is living her life in Alaska where it’s cold, but it’s very lovely. She has been sharing her life on television, but what do you know about her? What do you know about her life and how she’s living? There are a lot of things to learn about her, even if she is pretty private, and we thought we’d share with her fans and soon-to-be fans.

1. She Lives Really Far Away

We mean really, really far away. She lives 197 miles north of the Arctic Circle. If you think that sounds cold, you’re very right. Out of the year in Alaska, there are nine months she spends there where there are no other people around for 300 miles. Yes, you read that correctly. Her nearest neighbor is 300 miles away. She’s living off the grid.

2. She’s Been in Alaska a Long Time

3. She Lives a Very Hard But Fulfilling Life

When you live where there are no other people around, you spend your life alone. She is always alone save for the camera men and women who document her life. She has to catch her own food, make her own meals, and really survive off the land. You see, there is no local corner market for her to go when she needs something of her own. If she doesn’t have it, she has to catch it.

4. She Was Attacked By A Bear

She was once attacked by a grizzly bear. It was a harrowing experience for her, and it’s one that she cannot handle well on her own. She doesn’t like to talk about it, and she’s not someone who likes to discuss things that don’t do her any favors.

5. She Could Lose Kavik

Despite the fact that she’s been living at the refuge for many years now, she has no legal rights to it. She’s made improvements to it that are her own and she does own the equipment there, but the land is not hers. The Alaskan government has always been interested in acquiring the lease to the land, and that might mean she could be kicked off her own homeland at any time. She has a backup cabin a few miles away, thankfully.

6. She Considers Animals Her Friends

There is nothing that makes her feel as if she is missing out on anything in her life, other than the fact that she is living where she wants. She has animals that are her friends, and she loves them dearly. She names them and she is on good terms with them so long as she always remembers to respect their wild nature and their way of living.

She’s only around 60, which makes this difficult for her. She has loved and lost two husbands at such a young age, and it’s been difficult for her to process. She has been going through a lot in her life, but she’s felt that she is where she needs to be. She is a mother and a grandmother, too, but we don’t know how often she sees her family.

She makes it very clear that she does not envy anyone that lives south of her. She’s near the top of the world and loving every second of it, and she is not at all interested in changing that for herself. She loves it, she lives it, and she’s having a great time with it.

So healthy, in fact, that she’s lost nearly 75 pounds in one year. She decided she needed to do something to make sure her body was working well. She was having a hard time with some of her body parts after her bear attack in 2007, and she was not feeling like she was getting around well. She had to do what she had to do. She began eating well and taking care of herself, and she’s good with that.

As recently as late 2019, she had a long-distance boyfriend. She was seeing him when she could, though it’s not always easy to have a long-distance situation like that when you live so far away from everything in your life. We haven’t a clue if they are still together, but they seem to have made it work the last time they were together in the public.