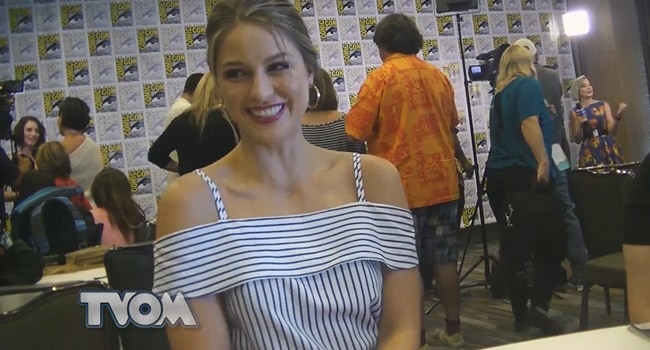 Last week at San Diego Comic-Con, TV Overmind participated inÂ SupergirlÂ Press Room with several outlets to chat with the cast and crew behind the show to get some insight into what is coming in Season 2. We spoke with the Girl of Steel herself, Melissa Benoist, who portrays Kara Zor-El a.k.a. Supergirl, as she teased what we can look forward to in the second season when it kicks off this fall.

-Whether or not Kara may be a mentor to the mystery character in the pod and if she knows who is inside of it.

-The differences she has noticed since moving production from L.A. to Vancouver as well as to The CW.

-Her excitement and relief that the show will finally be introducing Superman as Kal-El is the only blood relative she has left.

-Teases that she will be having some big action scenes with Tyler Hoechlin’s Superman in the premeire.

Supergirl Season 2 begins on Monday, October 10 at 8/7c on The CW. What are you most looking forward to in the second season of Supergirl? Let us know in the comments below.