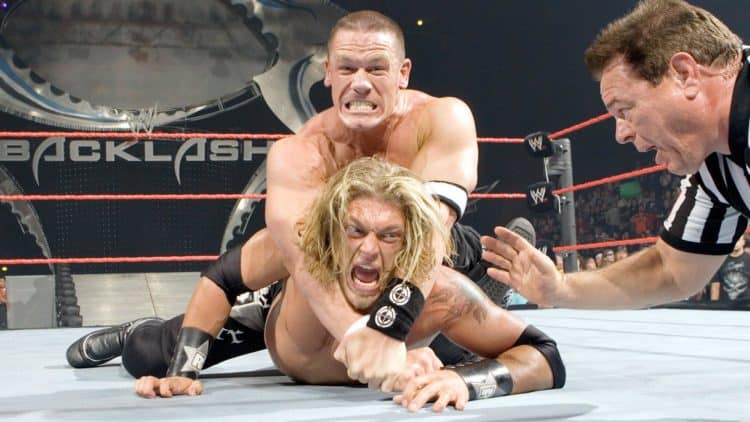 Traditionally, Backlash is host to the aftermath of WrestleMania, taking place as the next WWE PPV after the “Showcase Of The Immortals”. This is where feuds that spill out after WrestleMania come to a head. While many of the matches in the past have been WrestleMania rematches, there have been plenty of fantastic matches that are worth checking out. Here are the top 10 Backlash matches of all time.

The first PPV after WrestleMania 22, which was the host of the classic Edge vs Mick Foley Hardcore match, and Rey Mysterio winning the World Heavyweight Championship, a victory that was rumoured to go to the late Eddie Guerrero. Moving forward to Backlash and the main event was, defending champion, John Cena vs Triple H and Edge for the WWE Championship. Cena retained the championship against Triple H at WrestleMania 22 so this time Edge was brought in to shake things up. As expected, Triple H left the match a bloody mess, taking the pinfall loss after John Cena reversed a Pedigree. The match awesome saw one of Cena’s first display of strength, delivering an FU to both Triple H and Edge at the same time.

Hot off the heels of WrestleMania 2000, Triple H and The Rock continued their WWE career-long feud in a match for the WWF Championship with Shane McMahon as the special guest referee. The match was full of interference from Vince McMahon, Pat Patterson, and Gerald Brisco, with them all trying their best to screw The Rock. A returning Stone Cold Steve Austin returned to even the odds, allowing The Rock to score the win and claim his 4th WWF Championship. 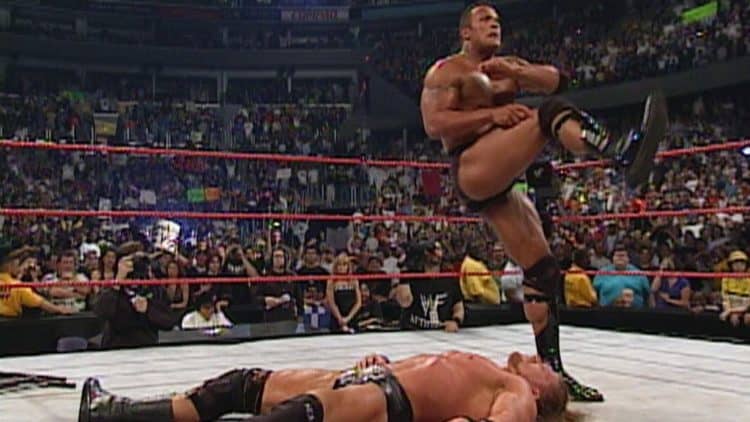 The Undertaker and Batista put their bodies on the line for the World Heavyweight Championship at Backlash 2007 in a Last Man Standing match. Both men pulled out all of the stops, with Taker delivering a leg drop onto Batista on top of the announcer’s table. The match concluded in a draw after Batista speared The Undertaker off the stage, causing an electrical explosion and the set the collapse. This is one of the most physical matches we saw from The Undertaker during this time and one that you should definitely one. 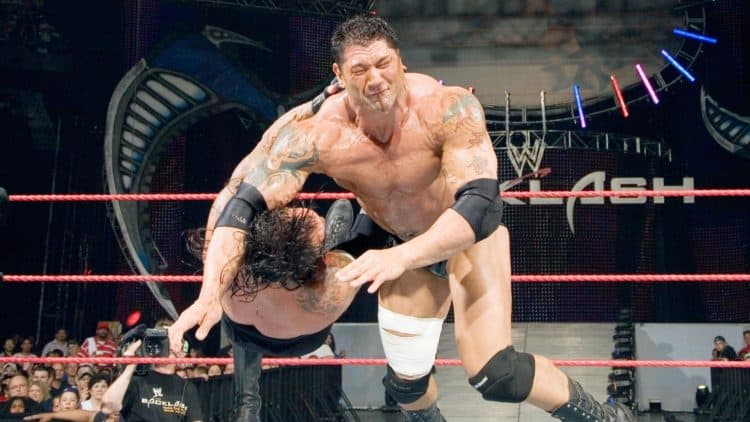 Another Last Man Standing match, this time between Chris Benoit and Edge, and what a match it was. With Matt Hardy currently being out of WWE after the Edge, Hardy, and Lita love triangle, the fans turned on Edge in this match with plenty of “We Want Matt” chants. As you can expect with these two, the match was intense, with Benoit utilizing his vast arsenal of submission moves, and Edge throwing everything but the kitchen sink at him to survive. The match ended after Edge used a brick to finally keep the “Rabid Wolverine” down for the 10 count. 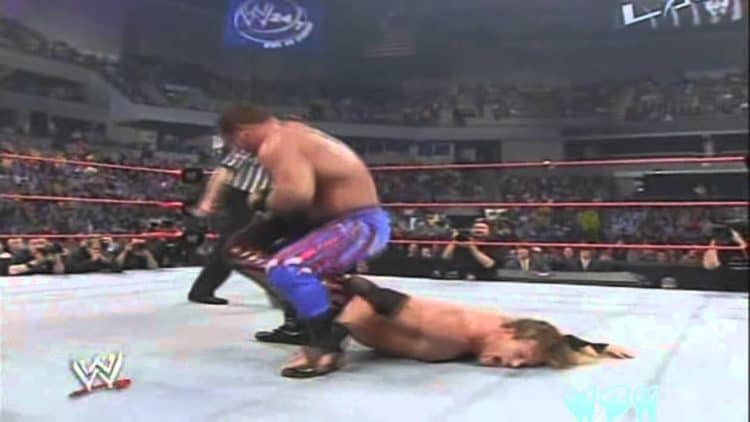 Hot off the heels of WrestleMania 23, which saw Cena retain the WWE Championship Shawn Michaels, now he must defend it in a Fatal Four Way, also including Randy Orton and Edge. There seemed to be a recurring theme that if Cena retains at WrestleMania he then defends it in a multi-man match at Backlash. The Raw before Backlash saw Cena and Michaels wrestle for 56 minutes, not something you see often on TV. That didn’t stop them from pulling out all of the stops here, with four of the best in company fighting tooth and nail to win the title. The matches ended after HBK delivered a Sweet Chin Music to Cena, but he fell on top of Orton, with the referee delivering the three count so Cena retained once again. 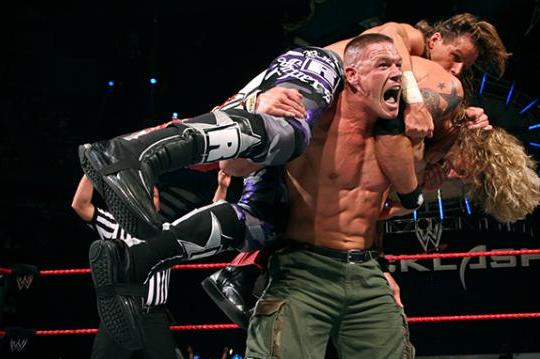 WrestleMania 20 saw the same men wrestle for the World Heavyweight Championship, a match Benoit won for his first and only title reign, it was also one of the best matches of each men’s career. While Benoit may not have had the best title run in company history, these three gave us 2 fantastic matches, both of which are essential viewing for fans, especially to see how to do a Triple Threat match right. 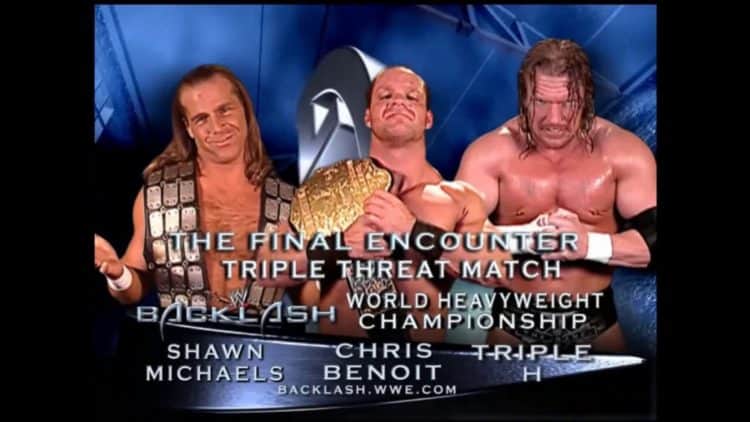 The Light Heavyweight division was WWE’s answer to WCW’s Cruiserweight division, except Vince McMahon didn’t particularly care about it and the division didn’t get the time and attention it deserved. Because of this, it would be easy to dismiss this match when you’re flicking through the WWE Network as Light Heavyweight matches rarely lived up to the Cruiserweight division. But, you would also be forgetting who is in this match, the “Master Of 1,000 Holds” Dean Malenko. The live crowd quickly got into this match and it turned out to be a really good match and one of the best matches the division ever saw, as well as likely the best match Scotty 2 Hotty ever had. 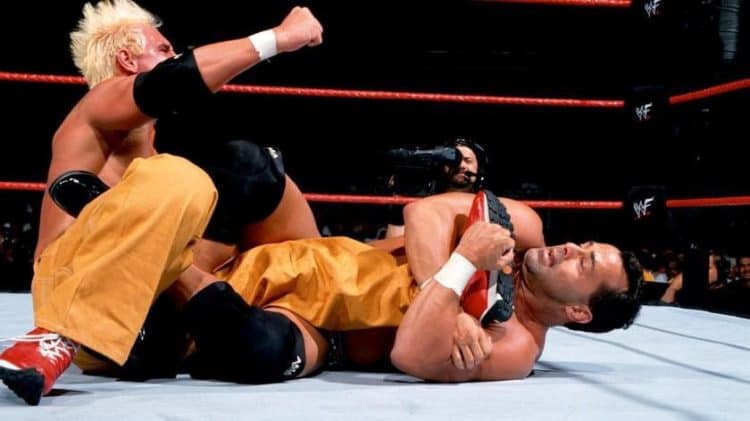 Mick Foley returned the previous month at WrestleMania 20, after a 4-year retirement, and the match kind of fell flat, not the redemption arc that Foley was hoping for. The following month at Backlash he faced off against the youngest member of Evolution, Randy Orton, for the Intercontinental Championship. This match helped elevate Randy Orton to the next level, proving he was determined and a team player by taking a bump into thumbtacks, something we’ve rarely seen anyone do outside of Mick Foley.

“Mrs Foley’s Baby Boy” fell victim to the Legend Killer in one of the best matches of the year, giving Mick Foley a great match to kickstart his redemption arc, which concluded with Edge at WrestleMania 22, and helped Orton cement himself as a future main-eventer. Orton went on to win the World Heavyweight Championship at SummerSlam 2004 and has since become a 14-time World Champion. 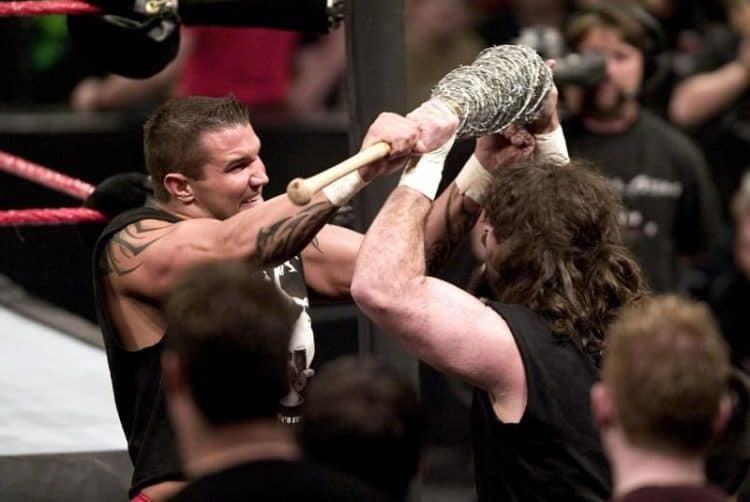 Struggling to prove himself as a future main-event player, Edge needed a huge match to take him to the next level and Kurt Angle facilitated it. Delivering a true Slobberknocker in the words of Good Ol’ JR, the two tore the house down in a sleeper match, usually overshadowed by the main event of Triple H vs Hulk Hogan. The two continued their feud the following month, which saw Kurt Angle lose a hair vs hair match, giving Angle his now-iconic bald look, could you image a bald Edge? That would be weird. 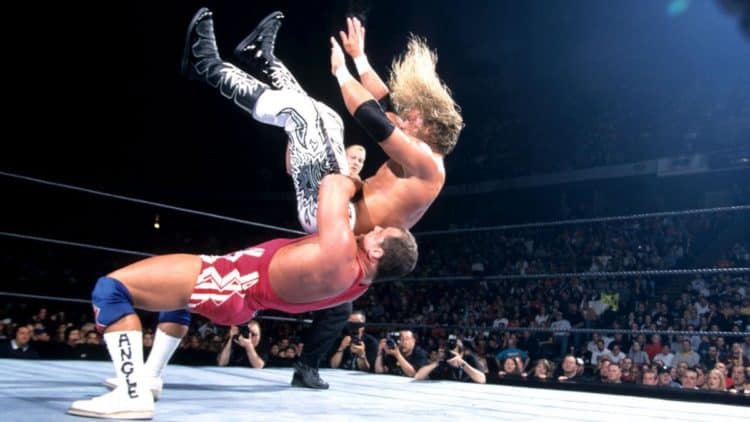 Finally, we have the main event of the very first Backlash event, featuring The Rock challenging Stone Cold Steve Austin for the WWF Championship. Fresh off the heels of WrestleMania 15, which saw Austin win the Championship for the second year in a row, the first being against Shawn Michaels at WrestleMania 14. This match was more of the same from their WrestleMania encounter, but that isn’t a bad thing. The two Superstars have some of the best chemistry ever seen in the ring, and when these two face off you know it will be a blockbuster match and this match was no exception. 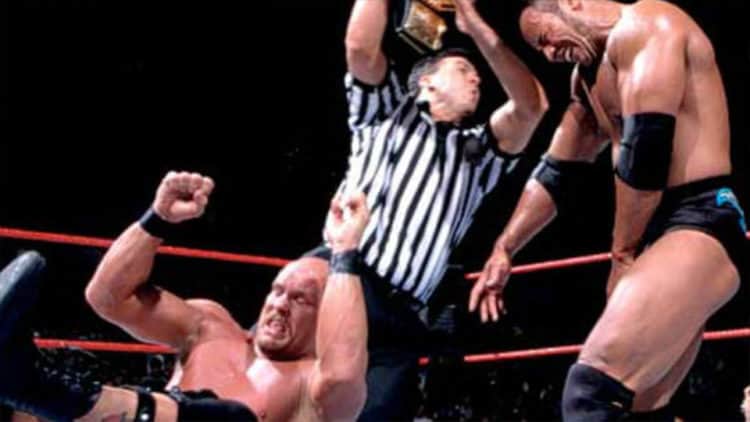