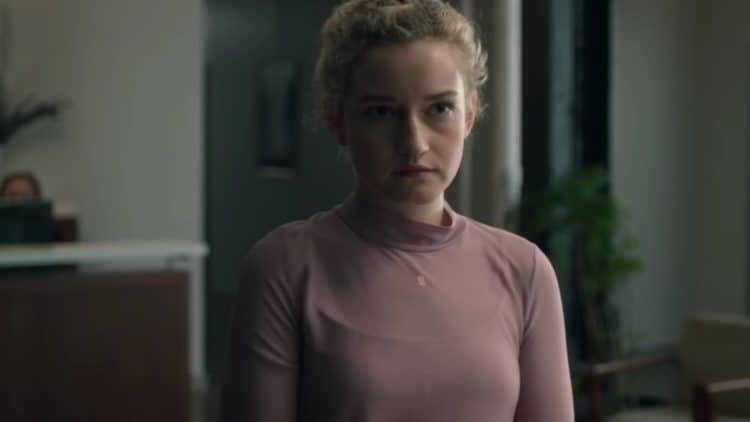 Unlike sports or high school, there are no holidays in the film industry season. While voting carries on for the Oscars next month, the stage is already being set for the forthcoming year at Park City, Utah with the Sundance Film Festival. Created by the Sundance kid himself Robert Redford in the late 70s, it primarily showcases American independent cinema, acting as the launchpad for young and promising filmmakers to make that step up into the big time as well as showing off some of the best auteurs in the country.Â  The amount of great films being talked about can be overwhelming, especially if you are still trying to catch up with the biggest hits of 2019. To make that process a lot easier for you, we have highlighted the ten buzziest films of the festival to put on your calendar for 2020. Read on below to see what we have picked.

Telling the story of two girls travelling from rural Pennsylvania to New York in order to acquire an abortion, this Eliza Hittman hit evokes Romanian new wave classic 4 Months, 3 Weeks and 2 Days in tackling one of the most pressing issues in the USA head on. Critics have adored the film, calling it both a naturalist masterpiece and a great example of the issue drama. Next stop is a competition slate at the Berlinale, taking place at the end of February. Time will tell if the Europeans will be as kind.

The #metoo era has provided Hollywood with a lot of hand-wringing and soul-searching in the form of documentaries, dramas and thrilling exposes. The Assistant is the latest, telling the story of a recent college graduate who lands a job as the assistant to a powerful mogul with shades of Harvey Weinstein. A critique of workplace harassment and the systemic forces that keep it in check, it is sure to be a true topic movie when it finally lands in cinemas.

It’s good not to make any rash prognostications about films that debut so early in the season. Slash Film disagree, passionately arguing that documentary Boys State is “one of the best films you’ll see this year”. A true concept doc, it details the efforts of a thousand young Texans to try and build a government from the ground up, discussing the frailties of the American political system in the process. Industry experts were equally impressed: Apple and A24 purchased the film together for a whopping $10 million, one of the highest ever hauls for a documentary.

The success of Boys State has been vastly overshadowed by Palm Springs, a Lonely Island-produced romantic comedy riff on Groundhog Day which has been purchased for a whopping $17.5 million and 69 cents by Hulu and Neon. This is just 69 cents more than Birth of A Nation. It’s worth remembering however that these types of purchases are huge gambles. Birth of a Nation was a total flop, as was Brittany Runs A Marathon and Late Night last year, both purchased for $13 and $14 million respectively.

With the success of American-Chinese drama The Farewell and Korea’s Parasite, we can expect a lot of good will for the Korean-American drama Minari, starring Steven Yeun of Burning and The Walking Dead fame. Telling the story of a Korean family moving to Arkansas in order to start a farm, the film currently sports a 100% Fresh Rating on Rotten Tomatoes, with David Ehrlich of Indiewire declaring that it is “powerful enough to reverberate for generations to come”.

Indie darling Miranda July is no stranger to Sundance, having premiered The Future there in 2011. The Kaijilionaire is her long awaited follow up, telling the story of a criminal family that have their perspective altered by an outsider. With A24 handling the distribution rights, its likely that the film will be a big indie hit, especially, in a post-Parasite world, considering current appetites for incisive comedy-dramas about families taking on capitalism.

A testament to today’s very online culture, Zola marked a first for the film industry: adapting a crazy Twitter thread into a movie. Telling the story of a stripper named Zola making a mental road trip to Florida, Zola is positioning itself as the one of the most incredible true stories ever committed to the film. Critics have praised Janicza Bravo’s direction here, which manages to make the thread cinematic, possibly opening up future adaptations of its type.

One of the boldest filmmakers working today, Josephine Decker is making the move to bigger and brighter things with the Elisabeth Moss and Michael Stuhlbarg-starring Shirley. Telling the story of a couple moving into the house of famous horror director Shirley Jackson, it has been praised once again for Decker’s unique directing style. Next stop is its European debut in the newly-created Encounters section of the Berlinale.

A satire mixed with elements of the thriller and the comedy, Promising Young Woman boasts a potential award-winning role from Carey Mulligan, playing a traumatized woman seeking vengeance on the men who cross her path. Playing much brasher and damaged than her usual composed demeanour, it sees Mulligan really stretch herself here, winning plenty of plaudits from critics in the process. Although I haven’t personally seen it, perhaps it would make a good double with The Assistant in tackling important #metoo topics.

At 82 years old, and star of diverse masterpieces such as The Bounty, Elephant Man and The Silence of the Lambs, Welsh actor Anthony Hopkins is simply one of the greatest living actors. With The Father, playing a man slowly succumbing to his dementia diagnosis, he is already leading the pack when it comes to Oscar nominations for next year. Critics are almost-unanimous in their praise, noting that while the film is almost unbearably dark, it holds up a light and gives dignity to those living with the terrible, incurable disease.