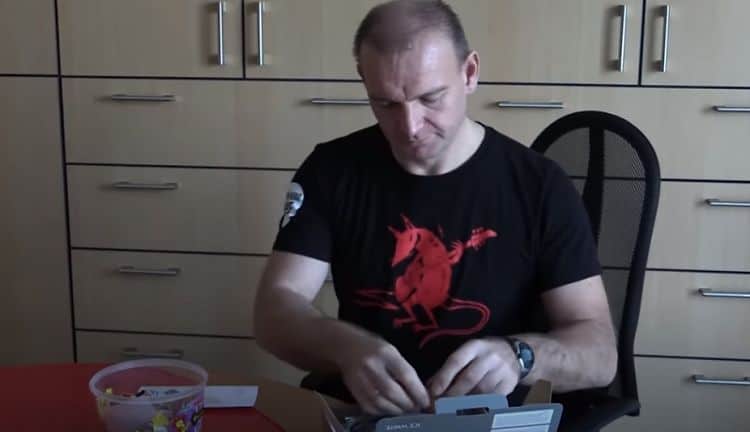 Yes, if you watched the video, there was, or is, a McDonald’s DS game that was used for training in Japan for McDonald’s employees and yes, it was and remains extremely rare. Excuse me while I shake my head while wondering where and why the need to simply learn how to work went and is slowly but surely being replaced by methods that are not as hands-on as they’ve always been, but this was a bit ridiculous. A lot of us that have worked in food service of one type or another have been through countless hours of boring training videos, so to be fair, the DS game is preferable to sitting through some boring video or lecture on how best to shake fries into a container or put a quarterpounder together with maximum efficiency. But the idea of using a video game as a training guide for a job at McDonald’s is enough to set one’s teeth on edge. In this current era it might be that such things are the only way to keep the attention of those that are just entering the workforce and it might be that some folks really believe that it can help with productivity, but with all due respect, and it isn’t much, playing a video game that shows you how to clean and put meals together is not a substitute for the actual physical labor that’s needed to make it work. Something about this simply doesn’t make sense, and it’s the idea that video games can in fact train a person to do anything that requires manual labor.

Video games do have value since they do promote hand to eye coordination, but the downside of this game is that the fine motor skills that are needed for several of the actions that take place during a day at McDonald’s aren’t about to be replicated by a game unless someone comes up with a VR version that employees can experience. But the fact that this game has been sought after and is considered a prize to be held onto is almost mind-numbing since it indicates that yes, human beings will place value on anything, no matter how inane it is. Let’s clarify that just a bit since some folks might have bristled to think that I meant that a number of things don’t have that kind of value. Objects have value if a person cares about them, and they mean something to that person for various reasons, but when it comes to monetary value it’s time to upset folks and say that some things simply aren’t worth the type of money that is plunked down for them by overeager collectors and seekers of rare items.

It’s a training game. How in the world is it worth enough to be this rare? In a way, this is almost like saying that various training videos from franchises that have gone out of business would be worth a small fortune since not only are they likely to be formatted on outdated technology, but they’re also bound to have some nostalgic value for those that had to go through the process of watching them back in the day. Some folks might want to say that it’s not the same, that comparing a DS game to a VHS cassette isn’t even close to being equal. They would be right since the technology is so vastly different that the overall monetary value would be very different. But where they would be wrong is the fact that in spirit, it’s about the same thing. Neither medium really teaches a person how to perform their job in the best way since both tell the employee how to act, how to work, and how the job is supposed to be done, but the truth is that teaching comes ON THE JOB, not while playing a video game or watching other people work in a choreographed training simulation. There might be folks that would state that this is overreacting and that it’s better just to have fun with the game, which is enough to elicit an eye roll since unless a person enjoys games such as this the monotony is enough to drive a person to boredom after only a short while of playing.

Maybe I’m overreacting, or maybe people are continuing to show just how nuts they really are by seeking a TRAINING GAME that became a rarity simply because it was no longer of any use and was discontinued. It’s hard to say really since it would appear that this method was never used in America or any other country where McDonald’s is seen. If it was then it still didn’t take off since otherwise this would have been something that a lot of people were talking about nonstop for years.