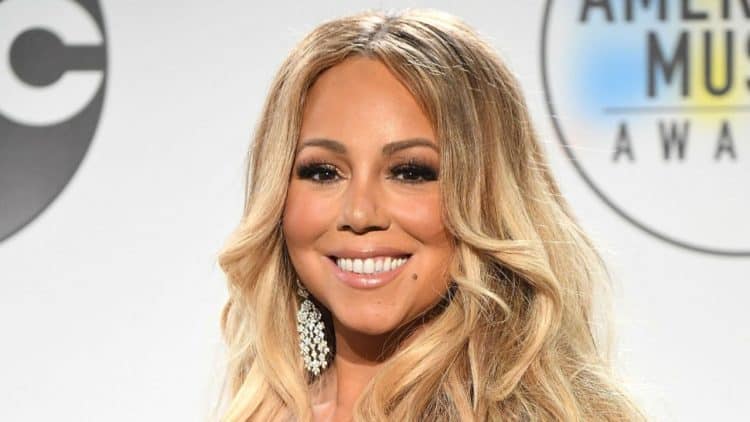 Mariah Carey didn’t have the most stable upbringing it sounds like but her mother did her best and it would appear that she did just fine since at this point in her career Mariah has definitely become one of the legends that people talk about when they discuss music. Some have differing opinions but it can’t be argued that she’s been a huge hit throughout the years as her voice has catapulted her to stardom several times over and a few of her songs have managed to gain her the kind of fame that entire albums can’t do for others. Her fanbase is one of the most loyal in the world and seems to continue to grow as the years go by and the younger generations find her as one of the more appealing singers in the business. Like her or not, Carey has proved throughout her career that her determination and talent is enough to carry her through.

Here are a few of her songs as they’ve been used in movies.

5. You Don’t Mess With the Zohan – Star Spangled Banner

It’s easy to claim that this movie is one giant stereotype that kind of slams those of Middle Eastern descent, but Adam Sandler definitely takes things to the edge with just about every movie he makes and still finds supporters that are willing to watch. If you ignore the stereotypical parts of the movie, and it’s hard to do, there are still enough funny elements that allow a person to laugh at this and have a good time with it. After all the movie isn’t truly slamming anyone, it’s parodying that which, in the real world, is about as far from the truth as it could possibly be. If people can’t take the jokes then obviously they shouldn’t watch.

4. Saturday Night Live – My All

Out of all those that have performed on SNL she has perhaps one of the sweetest voices and has always managed to captivate those that listen. Being invited to shows such as these is a big deal since not just anyone gets to come to SNL and sing. It does take talent to be noticed like this and those that have managed to step on the stage have something that’s impressed the producers and allowed them to take the measures to bring them on the show in order to share their talent with their audience. Mariah has been a welcome guest pretty much anywhere she’s gone, and SNL is no different since people were psyched to see her.

3. Mariah Carey – All I Want For Christmas Is You

This is one of the few songs that you’ll hear continuously, especially now that we’re getting into the holiday season. This and several others will play all day, every day, nonstop, and without commercial breaks at times in order to allow those that didn’t hear it the first twenty times to hear it again. Does that sound cynical? It wasn’t meant to honestly but one can only hear a single song so many times until it starts seeming needlessly repetitive. Of course given that this song has made her a fortune you can’t argue with the fact that it is a beloved Christmas song and one that people will request over and over.

2. The Prince of Egypt – When You Believe

This movie was far more epic than it seems and the soundtrack had a lot to do with it. This song in particular is used when Moses leads his people out of Egypt following the onset of the plagues, his heart broken for those that have been lost and yet hopeful for all that is still to be gained. The story was one that captivated many an audience and was considered to be one of the more masterful versions of the classic tale that many have idolized throughout the years. The acting and the music of this film was touching in a way that not a lot of animated films could come close to at the time.

This film was filled with pop culture both new and old since it was the kind of west meets east film that liked to mix it up and just make the entire film a grab bag of pop culture references and scenes that were entertaining and in some cases extremely funny. The whole idea of putting Chris Tucker and Jackie Chan together didn’t seem like a workable deal at first, but when it was revealed just how well they came together and made a classic movie a lot of mouths were instantly shut since they did put on the kind of show that people wanted to watch and were willing to pay money for. The sequels weren’t quite as good but they were still pretty funny.

Mariah Carey is still one of the most famous singers in the world, and for good reason.