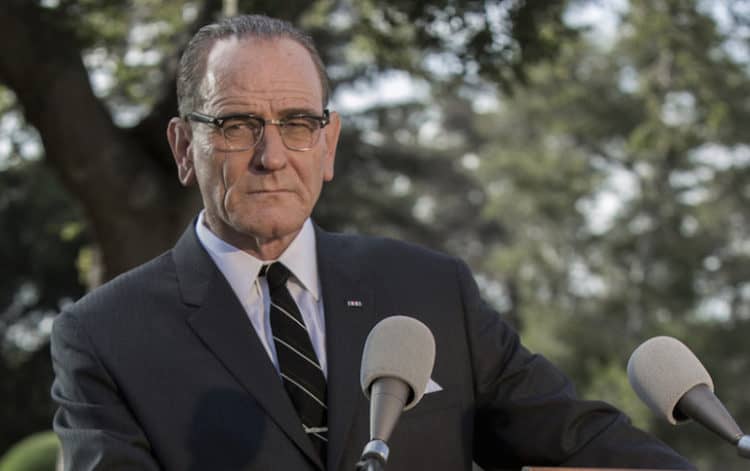 It’s too bad this isn’t a list about the best performances of all time where Bryan Cranston is concerned since Malcolm in the Middle and Breaking Bad would be on this list without a doubt. The guy is simply amazing and it doesn’t feel like he gets even close to enough credit since his acting is so superb that you have to wonder just how he’s flown under the radar so often and for so long. He can be absolutely serious, despicable, humorous, and can even be a kind of parent figure when he needs to be in many movies. But the one thing that’s really special about Bryan, among the many, is that he throws himself so fully into his characters that you have to wonder if he stays in character the whole time he’s on the set, even if the cameras aren’t rolling. Or maybe it’s a switch that he can turn on and off when he needs to. In any case the guy is simply amazing.

Yes, roll your eyes and try to tell me I’m crazy for putting this here, you won’t be the first or the last to do so. But while the movie itself was kind of a walking, talking dumpster fire, Cranston’s part was solid since he played Zordon, the original leader of the Rangers and the voice that the new Rangers needed to listen to. Plus, the role was made great by Cranston since unlike the original series he didn’t look like some watered-down version of a decapitated head floating in a tubular chamber, but an actual consciousness that could help and guide the existing Rangers while still sorting them out when they really needed it. In other words, apart from the special effects he was the best part of the movie.

When JFK was assassinated the country was sent into a period of mourning followed by an uproar as the Civil Rights Act was still a very real thing in need of being passed. Unfortunately both sides wanted something that contradicted with the other and were not bound to come together unless their needs were met first. Enter President Johnson, the man whose unenviable job it was to come up with a way to make both sides compromise and keep the country together in a time when it was seemingly at it’s most fragile. While he did or didn’t do as people wanted back then depending on who you ask, the country is still here, in one piece more or less.

Cranston seems to love playing controversial characters that are put into hard positions that many might be divided on when it comes to their feelings about them. Dalton Trumbo was after all a confirmed communist and a writer that didn’t like being told what he could write or say or think. While a lot of us writers might echo that sentiment the idea that he was a radical revolutionary still rankles a lot of people since the movie portrays him in a light that makes him out to be the good guy with great intentions. In real life though, he seems to have caused as much trouble as he tried to prevent and wasn’t always the kind-hearted person they made him out to be.

This is another movie that might have you shaking your head when it comes to why I decided to add it in. Total Recall, the original, was seen as somewhat campy since it was in many ways, but in this version it was meant to be something else as it kept things on earth and gave everything a shadowy overtone that was definitely in line with the current era. But one very big change that was actually nice to see was that Cohaagen, despicable as he is, became more of a force to be reckoned with since in the original he was an old man that couldn’t do much of anything. This time he actually gets into a down and dirty fight with the main character.

When a wealthy quadriplegic needs someone to help take care of him and simply be around to take care of him it seems that he might pick someone that is a little more qualified. But Dell, a parolee that’s trying to get closer to his son and ex-wife, seems like the last person he would pick. Somehow though the two of them manage to form a bond that’s not only beneficial for their combined well-being, but also makes them come to realize that friendship is something that everyone needs no matter how it comes about. As buddy films go this one is pretty touching.

Bryan is a talented man without question and it’s great to see him on the big screen more often these days.