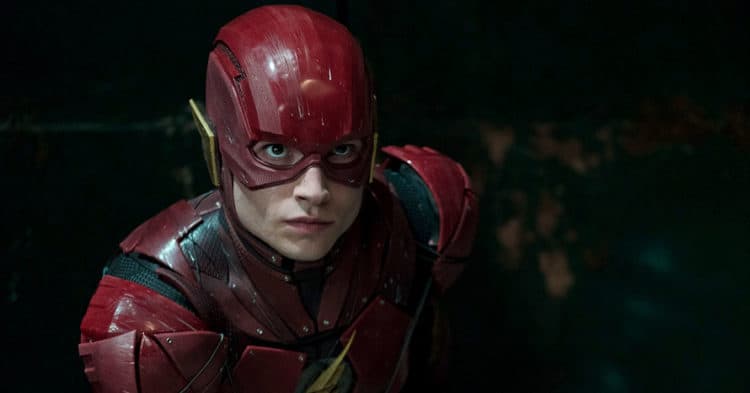 Ezra Miller’s career has been on a serious upswing throughout the last several years and he’s been in so many movies as of late that it’s hard not to know who he is. After all this is the guy that took up the mantle of the Flash and has been in a couple of movies now that are centered in the Potterverse, a following that has accrued millions of fans throughout the years. To say that he’s a bit different in his approach is kind but also underestimates him since his acting skills are quite adept but kind of hard to get used to until you really get the idea of who he is and what he can do. In one movie he can play a rather isolated but chipper young man that wants to belong to something and in the next he’s a withdrawn and almost pained individual that doesn’t know how to be part of society. It’s this skill that has helped to make him so popular.

Here are some of his best movies in recent years.

5. The Perks of Being a Wallflower

Charlie needs people in his life that will pick him up, accept him, and just be there for him, and Sam and Patrick become those people. They embark upon a friendship that swiftly becomes something meaningful and even fulfilling until Charlie makes his feelings for Sam known, which alienates him from several others and the two of them. Patrick even goes so far as to say that Charlie should stay away from them for a while. But when Charlie stands up for Patrick at one point they reconcile and their friendship continues on the basis that they do in fact need one another.

4. We Need to Talk About Kevin

Kevin is a bad seed, plain and simple. He knows how to act happy around his father, but when it’s just him and his mother he acts in a disdainful, even angry manner that suggests that there is something very not right between them. In fact he takes it so far that once his mother and father have another child he kills her guinea pig when she gets older and blinds his little sister in one eye with cleaning fluid. If that wasn’t enough he massacres several of his classmates with a bow and arrow and then kills his father and sister. The fact that he does this without compunction or even regret suggests that it’s all him.

A lot of people didn’t care for the way this movie was created and the outcome that was the result. But if you look closely at every character that’s not Batman or Superman you might actually be able to appreciate it since the others were given personalities that were kind of engaging. One of the best moments in the movie to be honest comes when the group has to fight off an enraged Superman and Barry decides to try and use his speed to his advantage, only to realize that Superman can see him and comes close to matching his speed. A fight between Superman and the Flash might seem one-sided to some people, but it’s determining which side has the benefit that’s the issue.

Based on a story that actually happened this has to be one of the most disturbing experiments that has ever happened. Things were different in real life but they were still accurate enough that the horror of the moment was captured all too well. A group of students were brought in to see what would happen if half of them were made into prison guards and the other half were dressed up and treated as prisoners. You can imagine what happened then as the ‘guards’ took their role to heart and things started to get out of control. It was a horrible experiment that should have been cancelled the moment anyone got hurt, as the ethical nature of it was questionable at best.

1. Fantastic Beasts: The Crimes of Grindelwald

If you thought Credence was gone by the end of the first movie then you haven’t been paying close enough attention to these films since they started coming out. Magic is a very tricky thing and those that use it are just as much so. Credence played a slightly bigger role in this one and will no doubt play a bigger role to come in the next film since not only has he taken up with Grindelwald, but he’s been informed that he’s a Dumbledore, be it truth or not, and is bound to stand against Albus whenever the next film drops. It’s going to epic no doubt, but it might be a while before we get to see it.

Ezra has been making the climb up the ladder at this point and has reached a level where he’s becoming quickly known as someone that is dependable and popular when it comes to film.