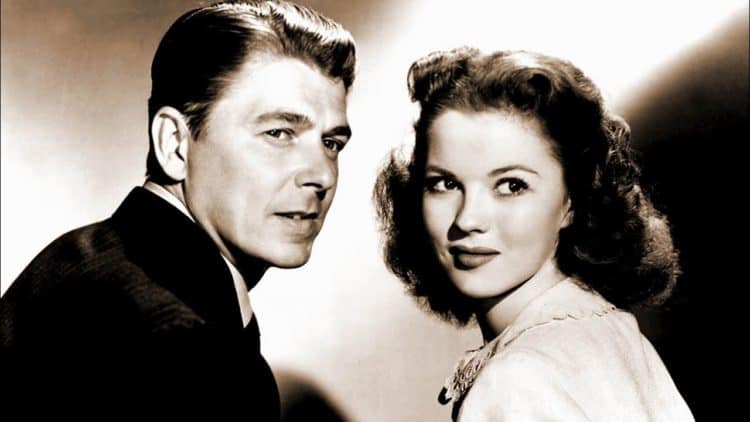 A lot of us didn’t get to really know who Ronald Reagan was until he was an old man and had already served his time as president of the United States. We’ve all heard jokes about him, heard his policies either championed or torn down in politics these days, and we’ve all likely heard his name mentioned more than once now and again since like our current president he too was an actor in his heyday. Back then people would have laughed had they been told that he was going to be POTUS someday, but considering it happened, and has happened again, it’s not too far out of line to think that anyone, meaning ANYONE, can sit in the oval office and write policy. During his younger years though Reagan wasn’t known for much else than his time on screen, and it kind of depends on who you talk to if you want to know whether he was any good or not.

5. Hellcats of the Navy

There’s not a lot of time for personal feuds in times of war but somehow things still occur to make this happen since two men on board a US craft that are about to embark on a dangerous mission have a rather big issue with each other. The worst part is that their issue is over a woman that they both fancy and since one of them is a commanding officer of the other things tend to get a little heated and as you can imagine the situation only grows worse. On board a Navy vessel and about to take on a dangerous mission is no place to be doubting the sincerity of your fellow officers, especially when some of you might not make it home.

Back in the time this movie was made the anti-slavery movement might not have gained the same support it would now since it was a much different era. The whole premise however is that two soldiers, Stuart and Custer, are charged with putting down the mercenary band that is going about freeing slaves. Like a good number of Reagan’s movies there is a woman involved that Stuart and Custer both have eyes for, but in the end she marries Stuart and the mercenaries are taken care of. Given the name of Custer you can imagine what might have happened after the movie’s main story was played out.

There was the occasional movie in which Reagan was more of a bit player or a supporting actor, but the movies were still great all the same. In this one Judith realizes after a while and after finally seeing a doctor that she has a brain tumor that will eventually kill her if she doesn’t do something about it. Believing her doctor when he says she’s fine though she eventually finds out that not all of the tumor could be removed, and that it will still kill her. As a means of enjoying her last days on earth she finds a great deal of joy in the simple things and falls in love with her doctor. By the time her life is over we see the screen go to black, signalling that she is finally at rest.

You might have heard the phrase ‘win one for the Gipper‘, and now you get to find out where it came from. Notre Dame has been one of the top colleges in the nation for quite some time and as far as anyone in this era is concerned their football program has been something to talk about for quite a few years. Back in the early part of the 20th century however they were still attempting to create a legacy that they could be proud of, and they did this by beating Army in a stunning upset that earned them a great deal of respect and admiration by people all over the country. Since that time Notre Dame has had its ups and downs, but it’s always been an interesting topic of discussion.

It’s amusing how as children people don’t tend to think much about the things we come to worry over as adults. When a group of friends grow into adults they quickly find that life is not as easy as it was when they were young, and many things tend to happen that threaten to break apart the friendships that they’ve cherished for so long. When Drake’s legs are amputated following a railroad accident it takes a great deal of persuasion as well as understanding to get him to move on with his life and stop feeling sorry for himself. By the end of the movie he’s found his passion for life again and ready to star working towards the future.

It’s kind of a debate as to whether he was a better actor or president.