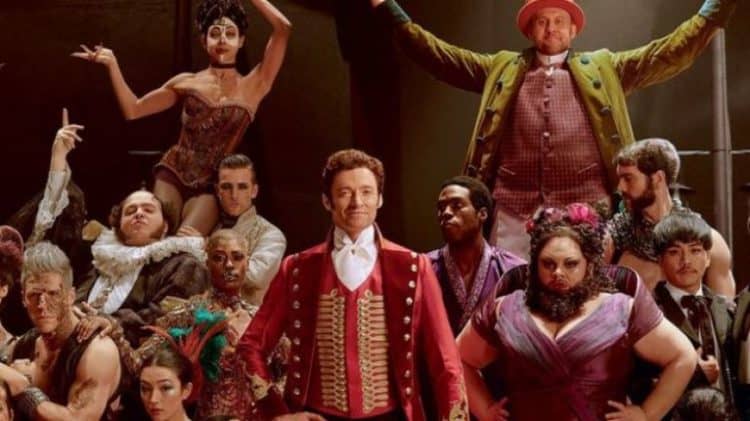 P.T. Barnum is a name that has been known throughout the years as the originator of one of the greatest shows on earth and quite honestly the reputation that was earned so long ago hasn’t really dwindled with the passage of time. While the need for bigger and more expensive thrills has pushed a lot of people away from the old-fashioned circuses there are still many that love to return to the big top if it’s ever possible for a bit of nostalgia and a memory of what started out as a great bit of entertainment that was brought forth by an enterprising mind that knew people would love a good show. While the movie is obviously updated in a few ways to help it relate to the current era the soundtrack is still quite inspiring and even gets one in the mood to really feel for the show and actually want to watch it through to the end.

The ability to reach for the stars and find a hint of something that is nothing less than greatness is a heady experience that many people seek and yet never find. Barnum had a very great idea that became something that eventually became among one of the greatest shows to ever be seen by any mortal eyes. Yet there were challenges along the way, for each and every one of those that dared to believe that he was worth following and believing in. The scandal that was caused between Barnum and Lind was something that could have wrecked the whole show, but thankfully there was enough left after all was said and done to continue something that was already a massive hit.

If you don’t remember, Hugh Jackman had already proven that he could use his voice to the best advantage in other movies and was known as someone that could carry a tune. So in this movie it was only reaffirmed that he was going to be something great since he’s got the kind of voice that projects. Obviously Zac Efron was already proven as a singer thanks to High School Musical, but the two of them together was a pleasing contrast that was born when the two of them got to sing together. But as to the argument, it’s the bold that tend to think about seeing the other side of a risk, and often those that fall the hardest or fly the furthes.

Barnum had to find some way to get people to come in, to appreciate the show that he was trying to put on, and as a result he had to show an illusion at times that was considered to be something real and concrete no matter if only half of it was the reality that he was seeking to sell to people. The point here is that people wanted to see something, and the human mind has been known to fill in the gaps on its own when it comes to deciding what’s real. The only trick after that is getting people to fully accept the reality that’s put in front of them, and to see if they’re willing to accept it without reservation.

Barnum obviously stretched a little too far at times and didn’t really take into account the feelings or the lives of his people, but he did in fact have a vision that was nothing short of inspiring and so grand that people were willing to believe and to give him something that is a greater commodity than anything else a person can imagine, their belief. The dreams that we try to sell to people, performers and artists alike, are those that we believe they want the most, the illusions that they truly want to believe in and the half-truths and lies that their eyes tell them and their hearts beg them to believe in.

For such a grand tale this movie certainly didn’t seem to amaze people all that much as the talk of it died down quickly and almost faded away at one point. But in truth being amazed doesn’t seem to be the easiest thing to do with people in this era. Maybe it’s a province of the generations that came before, not always thankfully, but those us born in the 70s or earlier tend to still be amazed by stories such as this, as they’re from a simpler and somehow more desperate time when wonder was a thing that people wanted as much anything, and the dreams we wanted to believe in were at our fingertips if we knew where to find them.