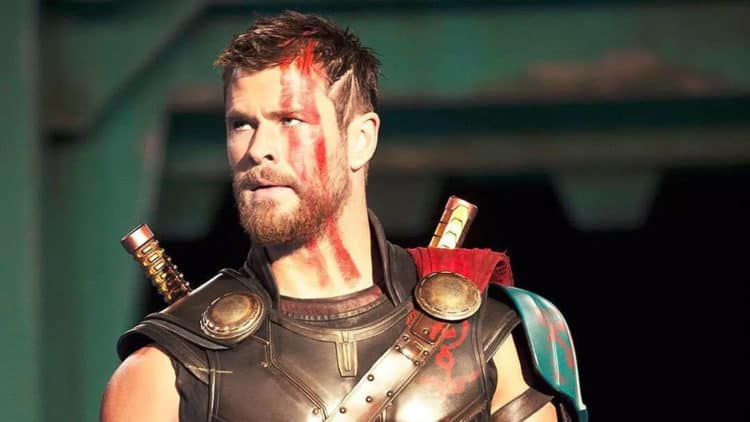 Thor: Ragnarok didn’t really disappoint so much as it kind of made people scratch their heads to think of where the Hulk had been for so long and why he didn’t seem to recognize Thor at all. But for all the questions that the movie raised it did kind of make up for it with some killer fight scenes and a soundtrack that was well done and able to keep the attention of the viewers. While the comic version of Thor might pull away from the classic legends from Norse folklore every now and again one can at least admit that what gets put on the screen in place of this is worth watching. Thor has been a favored superhero for so long that it’s pretty obvious that it’s going to take a monumental screw-up to make fans turn on the hero anytime soon, and when films like this get made it’s fairly easy to say that they’ll keep watching out of sheer curiosity if nothing else.

Here are some of the best tracks from the soundtrack.

With the inclusion of Hela in this movie, and the sudden realization that she was beyond both Thor and Loki in terms of power, the movie took on a much more serious lean as she made her way quickly to Asgard to reclaim her throne. Throughout the movie however her quest for absolute dominance shows that she’s not only power-hungry and ready to take on entire worlds, but that she exists at a level of brutality that knows absolutely no bounds since she’ll kill pretty much anyone she has to in order to achieve her goals. She’ll even kill those she wants to rule over all in the name of conquest.

We have seen Thor and the Hulk tangle on more than one occasion in the past, and these have always been some very popular fights since the power that both of them wield is, for the most part, pretty impressive. But where the Hulk is all about rage and aggression, Thor is a living god and imbued with the kind of power that can easily crush the Hulk if it’s unleashed. That being said, the fact that Thor handles the Hulk quite readily after grasping the power while in the arena isn’t too hard to believe. But the most telling part about the fight is that the Hulk is a berserker, whereas Thor is a seasoned fighter. That makes a bit of a difference in any fight.

Casting Jeff Goldblum as the Grandmaster was something that a lot of people put into question the moment it was discovered since in terms of attitude he’s great, but in terms of anything else he seems like the kind of guy that would be a mastermind and nothing else. But then again, some people really need to read the comics that lead up to these movies in order to see how ridiculous it would be to have a musclebound individual take such a role. Goldblum was perfect since he has the acting ability and the experience to pull something like this off without a hitch. Plus, he’s just a fun person to watch on screen.

It’s hard to know who was the worst big bad in this movie since Surtur and Hela are both pretty nasty in their own right. But where Hela wanted utter domination and strove to pursue a goal that would see her as queen of an entire world, Surtur was simply another cog in a prophecy that had been awaited for a long, long time. They were both stuck in their roles and couldn’t seem to find any way out of them, but then both were so committed to what they were doing that looking in any other direction just didn’t seem feasible or bound to happen. In terms of raw power though Surtur definitely had the edge.

It’s funny how some people actually found reason to have an issue with this song being placed in Thor: Raganarok. It not only fits the movie perfectly but it gives an outstanding intro to a suddenly turbo-charged hero that is simply spectacular to watch. The fact that Thor doesn’t even have to touch his enemies or be within striking distance is great, and this is before he even had Stormbreaker, so think of what he might be capable of in the next Avengers film when he has his axe and his full power set on display. Some might argue that Thanos might still take him out, but it’s bound to be a good fight all the same.

Whatever else you want to say about the movie it was entertaining and just as good as the first one, and definitely better than the second.