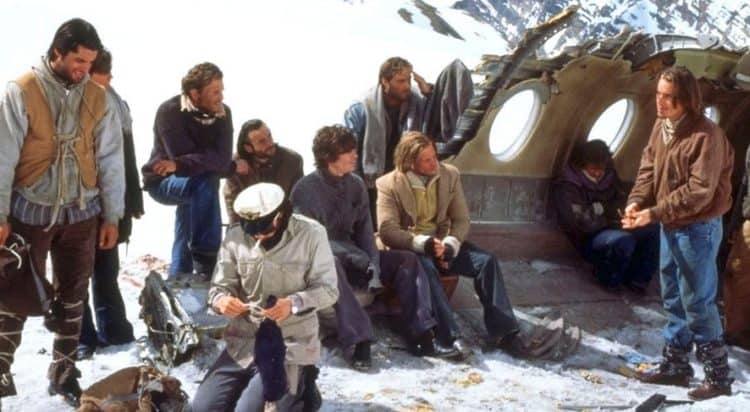 Survival movies in the 90s were just as edgy and in some cases creepy as anything else. It was the 90s after all, a lot of stuff came out and was either altered or left as it was in order to deliver some sort of shock value that reminded movie goers that art imitating life was a brutal thing that didn’t always think about the sensibilities of those watching. You can believe in some films that the idea of survival is in fact a dire and very difficult thing since the people in the story are seeking a way to beat the odds and see the next day. That being said others are kind of silly in their manner and despite being about survival in their own way kind of take matters over the top in a very strange way. Any way you cut it though survival films do share one thing in common: they pit humanity against the world in one way or another, and the world has a very big edge in such a contest.

Here are some of the best survival films from the 90s.

Remember how I said ‘over the top’? This is it. In the distant future the polar ice caps have melted, covering almost every inch of land that was thought to be safe and secure before the deluge. Yet for all this the survivors that have lived in this world for generations believe that the world was created in this form rather than covered by the endless sea that surrounds them. Only one individual knows the truth, and he’s not the friendliest person around for a good reason. The movie was one of the most expensive of its time and was lambasted, but quite honestly it had the elements of being an epic story.

Out of all the ways you could possibly kill a man and take his wife, snuffing him when you’re in the Alaskan wilds seems like a rather extravagant measure. But Bob is convinced it seems that he’ll be able to do the job, though before he can he falls through a deadfall and injures himself to the point that he can’t make it back to the lodge they came from. When he returns however Charles hands his wife Bob’s watch, a sign that he knew about their affair. Anthony Hopkins might be an older man even in this film but he’s still got the kind of ability and talent that makes it believable that he could live through something like this.

If there’s one escape plan for criminals that just doesn’t seem like it would pan out, it’s down the rapids. Not only does it take someone that’s actually rated to ride the rapids, but it helps to have people with them that know how to navigate the treacherous waters so as to have as much aid as possible. Thankfully Gail manages to get them all through the ordeal and while her husband Tom has been shadowing the raft the whole way after being run off he does his part to tip the raft so that Gail can grab the criminal’s gun and fool him into thinking she’s fired the last round. Of course she has one more round and she gladly puts it into the lead criminal.

2. Lord of the Flies

Ever wondered what might happen if a bunch of kids get stranded on a jungle island in the middle of nowhere? Now you know. Childhood terrors, disputes, and beliefs run rampant in this film as the boys turn on one another after electing a leader. Ralph and Jack are not compatible obviously as Jack wants to do things his way, meaning he wants his followers to hunt and listen to him as their leader, where Ralph, who loses all of his followers eventually, has to flee for his life and attempt to stay ahead of his former classmates on an island that grows increasingly dangerous by the day.

The will to stay alive and not give up hope is a serious theme for this movie that was based on a real story, but as you can guess the one thing that stuck in peoples’ minds is that the survivors were forced to eat the frozen flesh of the dead in order to see the next sunrise. Yes it sounds gross, yes it likely was gross, but keep this in mind, the human body needs food to keep going, and in the process of having to survive to actually find a way out of the mountains they had to have some sort of sustenance. A lot of people might claim that they would rather freeze to death first, but in a life or death situation it seems that many people might change their minds.

Survival is a trait that all living beings are naturally born with after all.