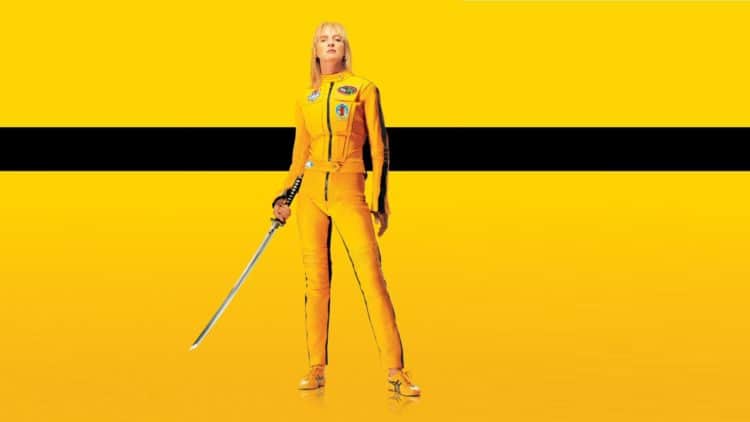 Uma Thurman is kind of a different actress in the sense that in one moment she can be alluring, exotic, and absolutely gorgeous, and in the next she can be kind of homely and downtrodden and the type of woman that might make you wonder just how she got into the film in the first place. But that’s a huge part of her success is this versatility she has, the ability to change as quickly as a holographic image that alters once you move from left to right. That and the fact that she can actually act are two big reasons why she’s such a powerful woman when it comes to show business. She’s had her share of bad films just like anyone, but she’s managed to shrug them off and continue forward all the same, doing what she does with great skill and a lot of support from a loyal fanbase that thinks the world of her thanks to several of her biggest successes.

Here are five of her most popular movies to date.

When a bunch of friends get together for a reunion in their hometown it usually turns into a good time to be had by all since honestly that’s what reunions are all about, right? Well the idea of bringing love into the equation is what kind of complicates matters and as people begin to realize that they feel something for each other or are trying to rekindle passions for one another it becomes a big headache that doesn’t tend to end until one side or the other gives a bit of ground. One thing about getting together is that compromise is a key issue that a lot of people have yet to understand when they’re still fairly young. It comes with age though.

When two men that are trying to find a way to keep a business running discover that you can make more with a flop than you can with a hit script they go searching for the absolute worst idea for a play that they can find and in doing so find something that’s so offensive that it becomes hilarious. Springtime for Hitler is the kind of play that’s so bad that you might actually hear the jaws of the audience dropping as they watch the travesty unfurl on stage, but throughout the movie you get the idea that there’s not a whole lot of common sense that’s meant to be had on the part of any individual within the film. That’s a big part of why it works after all.

When they say the music industry is cutthroat they’re not kidding in this movie, as Chili Palmer, coming back from Get Shorty, is set to stand in the path of a rap mogul and the competition to not only secure a new and upcoming talent for a friend but is also trying to save the same friend’s business from going under. The calm sense of cool that Palmer has is infectious as those around him continually worry about their future and what might become of them, but are instantly calmed down when Chili steps on the scene and tells people how things are going to go. And wouldn’t you know it, that’s just how things end up going.

Mia Wallace ended up being a substantial character in this film despite not being introduced right away save for mention of her character. Of course when she steps on screen she kind of tries to wrest attention from Vincent in a way that’s kind of like a smooth but aggressive manner that says “I’m here and it’s my time.”. Of course that cool demeanor kind of goes away when she snorts a line of heroin and just about kills herself when she realizes her mistake. For the rest of the film she’s kind of a non-entity since her arc has been played out and Vincent gets to take the film the rest of the way along with Jules.

It could be the 70s music, the way her character is presented, or just the overall story, but Kill Bill was uniquely awesome since it’s a revenge story that goes into a great deal of explanation about its characters but doesn’t bog things down with a whole lot of back story that doesn’t make sense in terms of the movie. You get to learn more about O-ren than Vernita, but then again O-ren was a much more tragic character. Beatrix, whose name we don’t learn until the second movie, isn’t quite as tragic, but she’s close since she and her unborn child were almost killed by her former companions. The quest for revenge she goes on following this is nothing short of epic.

Plus, the chance to see Sonny Chiba was just too awesome.