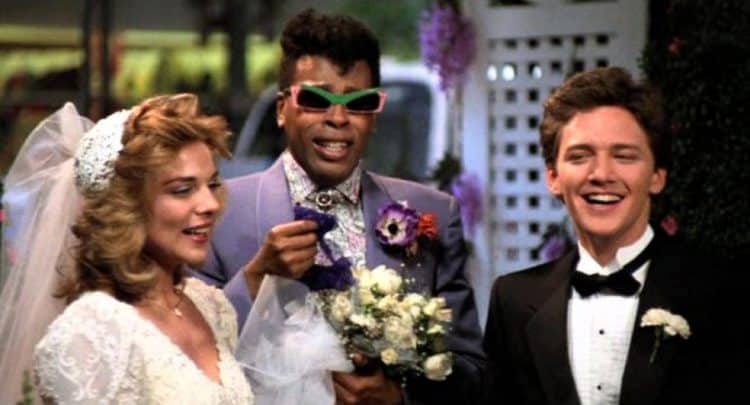 Wedding songs are almost guaranteed to hit you in the feels or leave you rolling your eyes as the sap begins to roll. But in the 80s it was, well, it was no different really save that the music hadn’t yet taken on the decidedly edgy nature it has now. There are a lot more throwbacks in this current era as people seem to be trying to reconnect with certain roots that made them feel good when they were younger, or in some cases are trying to connect with the older tunes in order to build some semblance of unity between then and now. No matter what a person picks for their wedding playlist however, the truth is that back in the 80s people loved to dance, to feel the music, and to just cut loose and have fun without offending anyone attending. It was a good time when you were at a wedding, and getting on the dance floor was at your own leisure.

Here are just a few of the greatest songs requested at weddings in the 80s.

I’m betting a lot of people don’t remember Starship but they’ve probably heard this song more than once in the past. The movie it was used for, or at least the movie that helped make it one of the more memorable songs of the 80s, was perhaps one of the goofiest but also best movies ever made during that time. It’s just too bad that it’s been kind of lost to time unless you can find it. Mannequin wasn’t meant to be an intellectual rom/com, but it certainly came off as an enjoyable kind of chick flick that’s able to be watched more than once thanks to some inherent quality that it possesses.

The edge was starting to come into the music at this point as a lot of people looked at this song as kind of racy and a little inappropriate in the wrong company. But really and truly if you asked people if they were offended by it they’d probably roll their eyes and say it wasn’t their scene and then concede that younger folks knew what it meant. But at weddings it was something that the younger folk would be likely to request and dance to if they had the nerve to get up and do such a thing in front of their elders. Remember, it was the 80s, things were actually a bit looser back then since less people were getting offended by anything and everything.

This is another fun song that people didn’t mind dancing to since it didn’t take much except moving your hips back and forth. You could look like an utter goofball and it wouldn’t matter since most everyone that got on the dance floor was the same way. Music doesn’t judge people after all, it just begs to be heard and inspires people to move along with the beat. Those that get on the dance floor are typically there because they want to get up and move and enjoy the song. Unless you’re a judge in a dance-off then it’s usually a good idea to keep your opinions to yourself and just enjoy your time on the floor along with everyone else.

This is another song that a lot of people likely remember but don’t recall the band. One reason could be the fact that this song has has been replicated so many different times and released in so many different versions that it’s hard to recognize that it had an originator at all. But even now this is kind of a popular song at weddings since it’s fun, engaging, and allows you to just get on the dance floor and be yourself, which is what most people at a wedding want to do anyway. Plus, given the fact that there aren’t a whole lot of set dance moves to these songs it’s all a matter of how your body wants to move when it comes to the rhythm. Let people laugh, that’s their problem.

Okay, so it’s kind of hard to dance to this one as opposed to the others on this list, but it’s still a favorite since you can slow dance to this song as well as move in other ways that you feel is appropriate. Break dancing to it might be difficult unless you’re that innovative and that good, but slow dancing is definitely within the boundaries of what a lot of people will do. Once it gets moving though the chances of people actually pulling apart a bit and really getting into it become a lot better.

Back in the 80s it was okay to just get on the dance floor and have fun, no matter how goofy you looked.