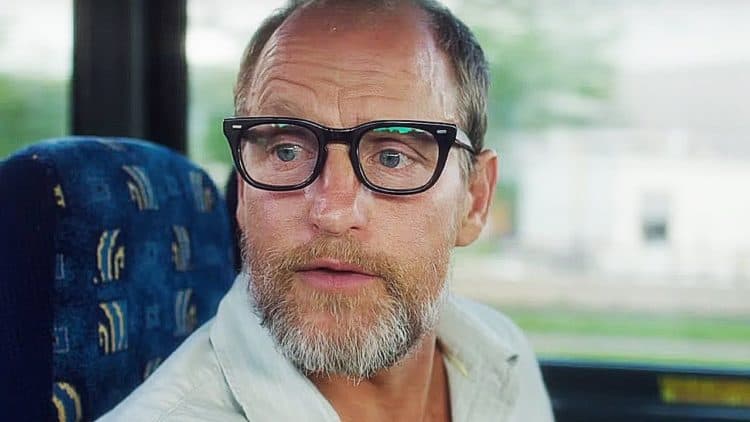 Woody Harrelson is kind of like the guy that’s genuinely funny but you don’t expect him to be. He’s a great actor and has lived up to many awesome roles in his life but something about him gives off that vibe that he’s the type of person who has a sense of humor that might make you cringe if you’re not on the same wavelength. Maybe it’s because he can be every bit as serious when he needs to be, or maybe it’s something else. Regardless he’s had his share of ups and downs in his career and when it comes to movies he’s had a few duds that weren’t really all that great. But those that managed to capture that audience were those in which he either went way over the top and just reached for the stars or those that he hit the role perfectly and didn’t have to really try to make it work.

When the zombie apocalypse comes it’s going to pay to be ready since by the time things finally settle it seems likely that only a few pockets of humanity will remain. After all you know from films and TV just how difficult it is to survive without the luxuries that so many take for granted. If you’re not prepared to do anything it takes to survive then the chances are pretty good that you won’t. The rules that are discussed in the beginning of the movie aren’t bad or even inaccurate, they’re just not as complete as one might want when heading into a wasteland where the population is pre-dominantly dead and wants to tear your liver from your body with their teeth.

4. The Edge of Seventeen

While the movie isn’t really about his character it does play up the part of the teacher pretty well since he’s hounded by one student in particular that seems to think she has no friends and has only one person she can talk to. The problem there however is that the teacher kind of values his personal time and while he does care on a certain level he doesn’t really want to take the extra time to sort out her life problems when she should be the one learning how to do this on her own. At one point even kids have to grow up and realize that their problems aren’t going to be solved by adults, no matter that this is how life starts out.

This movie was actually on par with the first one I believe and even a bit better since the tricks were a little flashier and the whole idea of getting one over on the same antagonist and a new one at the same time was kind of nice. Plus, Harrelson had to essentially work against himself since his character’s twin brother was aiding the bad guys and knew way too much about how he operated and what the Horsemen were up to. But overall the movie was something fun since a lot of people love to see magic tricks and try to figure out how they’re done. The only thing is that if you look too closely you might miss it.

Wilson is the story of a man that just wants people to accept him and is by all accounts a people person. The only problem is that people really can’t stand him since he’s kind of an annoyance to speak to and tends to take up too much of peoples’ time in order to try and be friendly. Throughout the movie however he finds a way to reunite with his estranged wife and finally gets to meet his teenage daughter for the first time. His uncomfortable need to get into a person’s space is something that a lot of people have dealt with since such folks tend to want to be close to others but can’t seem to understand the idea of personal space.

The best hustlers aren’t always the ones that you see coming. After all, the swagger, the intimidating looks, and the disarming skills with a basketball can throw a lot of people off, but the ability to look like a chump and play like a champ is something that a lot of people might be amazed by. Billy is the kind of guy that can play, but off the court his life is a mess. He makes stupid bets that end up costing him a great deal of money, he’s not the brightest bulb in the box, and he’s easily goaded into confrontations. In fact without Gloria and Sydney behind him there’s a good chance that Billy wouldn’t have seen the third act. But the guy can play, of that there’s no doubt.

Woody Harrelson is someone you can rely on for a good movie. Shout out to Hunger Games, Natural Born Killers, Three Billboards Outside Ebbing, Missouri and plenty more.