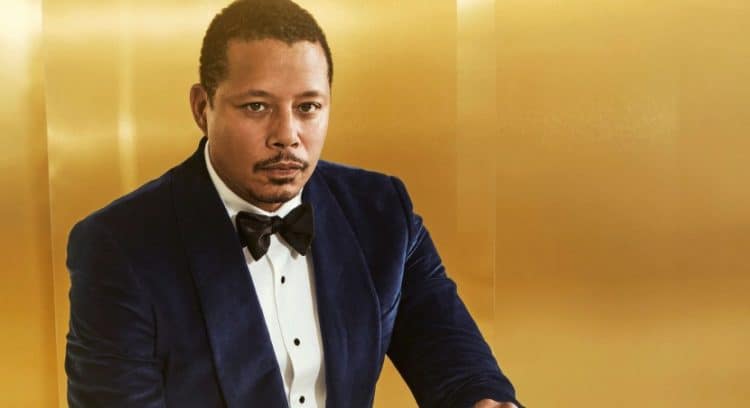 On screen Terrence Howard seems like either one of the last guys you’d think would be capable of the acts he’s been seen to commit off screen, or perhaps the last guy that you’d really want to mess with. It’s all dependent on his character but at the same time when you hear the stories about him, watching his act makes him seem like a much more disturbing individual since a few of the rumors and bits of gossip are able to be proven since they’re a matter of public record. The fact that he’s done so much in his life that should be worthy of jail time and is still walking free might make a person think twice about what kind of person he is, though there are still enough fans out there that are willing to turn a blind eye to such reports and claim that their are circumstances that are beyond his control. That’s kind of disturbing as well, the attitude that anyone, especially a public figure, can get away with so much and not suffer the consequences.

Here are a few things that have kind of affected his career and his life throughout the years.

5. Terrence is a bit of a control freak.

It’s likely that most of us have known or been around one of these types in the past since there are a lot of people that seem to feel the need for everything to go as they want or so help anyone that’s within their shouting radius. Howard has been described as one such individual since he will absolutely lose it on anyone that’s not conforming to what he wants when the stuff hits the fan. This kind of behavior is usually what will get a person on the blacklist at times but it would seem that he’s been deemed as too valuable to fall on such a list since he keeps popping up now and again.

4. He doesn’t accept a lot of responsibility for his actions.

There are many things that can be used to describe what a good person is and what it takes to really define a person as someone that’s less than worth the effort. In this case taking responsibility for your actions is one of Howard’s failings since it would seem that every time he gets in trouble it’s bound to be someone else’s fault just as much as it’s his own. Or at other times it’s the fault of someone else entirely and he’s just the victim that got trounced on for whatever reason. The sad part about this is that Terrence has as much control over his life as he needs and yet sees no reason to own up to the things he does.

3. He popped off to Billy Cosby.

When he was still young and just getting going with his career he was on the Cosby Show for a short period. However when his scenes were cut he decided that the explanation he’d been given wasn’t good enough and went looking for the man himself. Upon pounding and beating on Cosby’s door he then proceeded to lay into the man, telling him that he was every bit as good and deserved the chance that he wanted. Now, considering that this was back when Cosby was still considered a good person and above reproach, it’s not too hard to see how Terrence was cut from the show and then never contacted again.

It’s not just his ex-wives that have felt the brunt of his anger, it’s been other people as well that have seemingly crossed him and made it possible for Terrence to lose his temper and simply lash out at them. Of course there’s bound to be an excuse for each one of these that he would give and some fans might even back up, but honestly and truly unless those people that were struck by him were coming at Terrence with a weapon or trying to assault him in turn his temper seems to get the best of him way too often and doesn’t seem to allow him to think of what might happen in response to his tantrums.

1. Losing his spot in Iron Man wasn’t a great idea.

This was perhaps one of the most boneheaded things that could have happened. First off, he did get asked to take a big pay cut for the movie, which didn’t seem right. And he did state that Robert Downey Jr. took the money that was supposed to go to him. While that part might have been true it’s also true the Don Cheadle came in and filled his role without any need for the increased pay. One thing that Terrence should have realized that the titular hero was bound to get paid first and most, no matter his opinion of himself. Plus, Terrence Howard as opposed to Robert Downey Jr. in terms of talent? Yeah, sorry Terrence, but it’s no contest.

He’s a skilled actor, but he’s also kind of a liability at times.