Home
Movies
The Five Most Visually Stunning Movies of the 60s 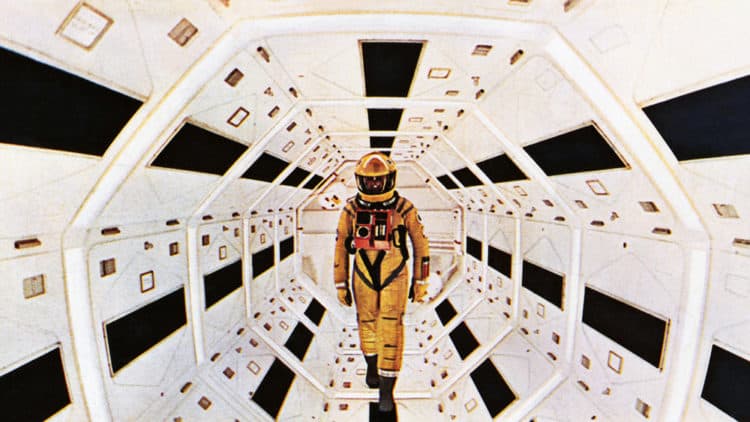 If anyone says that 60s movies weren’t as diverse as they are now they might need to go back and take a walk through the various movies that were available at the time since the visuals and the content were quite different from one movie to another and the stories were rich in content and characters a lot of the time. Some of the movies from that time period were a bit prophetic and as we look at them now we can’t help but laugh thinking that people were likely guessing that we’d all be living in space at this point or we’d at least be well ahead of where we’re at from a technological standpoint. But even in the 60s the visuals were great since the movies relied a lot more on the landscapes and the sweeping vistas that were and still are available since the green screens hadn’t become a factor yet.

With that in mind, here are five of the most visually stunning movies from the 60s.

5. Planet of the Apes

So far in the current era this movie has been attempted more than once and the most recent attempt was at least a move in the right direction, but it still wasn’t quite the same since this movie entertained and even frightened a few people given its content. Thinking of a world that’s been taken over by apes is something that might seem like complete science fiction, and it is, but simply giving voice to such a thought should make human beings feel lucky that we were the ones chosen by evolution or creation to move forward since the animals of the wilds don’t seem to be too forgiving and likely wouldn’t be if they’d been the ones to evolve.

4. The Sound of Music

This is one of those classic movies that you can’t help but see now and again since so many people are still in love with the idea and the music that came from it. The sweeping landscape is also a big part of this movie since it was one of the big draws for some people who happen to enjoy the scenery that some movies offer. That being said, this movie has also inspired other films throughout the years and has been used as a reference point for many other projects that people have taken up. While it’s not everyone’s favorite, not everybody likes musicals, it’s still considered to be a very well-done and well-respected movie.

A life of freedom on the road was and still something that a lot of people value, but things have obviously changed since Peter Fonda and Dennis Hopper mounted their bikes and took off towards the horizon. The various views of America in this movie were simply amazing and the inherent lifestyle that the two men enjoyed was nothing less than inspiring to a lot of people who would have gladly done the same if they’d been able, and of course if they’d fully understood what it came with. Living on the go all the time does have its perks but it also has its fair share of downsides as well.

Some folks would call these old westerns cheesy as of now, but honestly you can ignore them since you don’t need that negativity in your life. All jokes aside though this was one of the movies that helped make Clint Eastwood into an icon since not only did it pain him as a man that was neither good nor bad, but it showed a time in this country’s history that was undeniably negative and carried a great deal of misery and pain for everyone involved. While it didn’t go into the same view as we’ve seen in other movies, such as has been shown in the deep south most times, it still managed to convey the ragged and pained look of both the land and the men fighting so as to reiterate that the Civil War was no joke.

This was one of those highly prophetic movies that automatically determined that humans were going to be exploring space in the next few decades, much like other movies have been stating other things such as the idea that New York would become a prison city, or that the Cubs would win the World Series, oh wait that actually happened. Anyway, the point is that this movie did take a pretty interesting view of a time that had yet to come and seemed to be making a big assumption that humanity would be moving through space in a much bigger way than we are now, and that an AI would have finally developed the tendencies to override what its human counterparts wanted. So it’s easy to be thankful that we haven’t reached that far yet.

This was an interesting decade for movies.