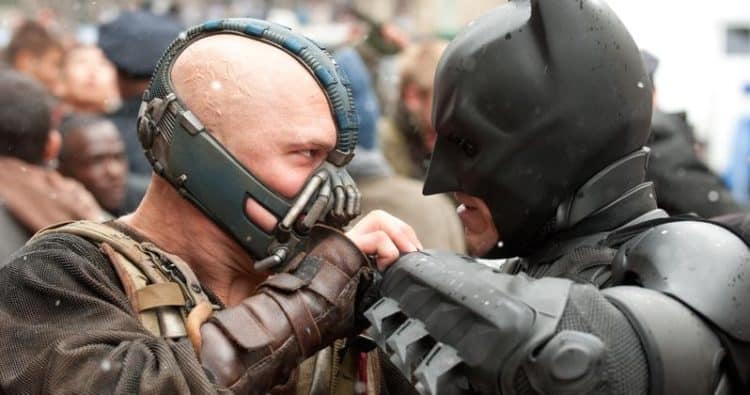 Now and again it is kind of irritating to see how much the censors take out and how much control they have over the final edits of a movie, but then there are those moments in the said movie when the death scenes are either a little too graphic for the nature of it, or they just wouldn’t make sense anyway. Mathew Modine’s character in The Dark Knight Rises was mean to have a much more disturbing death scene since apart from just getting shot and being seen on the ground, the character was apparently supposed to be hit and crushed by the vehicle that Talia Al Ghul was driving, and the end result of this scene was just too violent for Christopher Nolan to believe that the censors would allow it to pass without giving the movie an NC-17 rating. That’s kind of amusing really considering how violent some movies get, and the fact that they’re allowed to retain their R rating. With the Batman trilogy that Nolan provided however it’s a bit obvious that someone being crushed by a vehicle wouldn’t really fit since the violence within the movies was always more implied when it came down to the more graphic bits. Given how truly disturbing some of the death scenes could have been, it’s easy to see why Nolan would do his best to pull the scene since he didn’t want to have to alter things in such a way to make it fit. Batman has typically been a movie that hasn’t shown the same level of violence that other movies have been known for, and it would appear that Nolan wanted to keep it this way.

In this case, it’s probably for the best since the gruesome death might not have fit with the rest of the movie, especially since apart from a few moments in the trilogy there really weren’t a lot of moments that could be called troubling since for one reason or another, Batman is actually one of the most violent heroes in history, and yet in the movies, he’s been handled with kid gloves quite often. The comics have shown a lot more violence than people might want to think about, especially given that his enemies aren’t usually concerned with collateral damage and are bound to do whatever they can to wound as many people as is possible and give the Batman something to think about since he continues to put them in prison rather than simply eliminate them. It kind of makes a person wonder, just how many chances do criminals get before they’re finally deemed too much of a menace to continue to exist among society? It’s true enough that simply executing every enemy would leave the writers with the need to keep coming up with more and more villains, but that’s rarely been a problem since there are plenty of ways to make a villain, but explaining why a hero doesn’t see the greater good in silencing a criminal for good after a while is a bit confusing.

In the movies, it might even solidify the role of the protagonist a little since one of the most common feelings is that the heroes are theoretically weaker on average than the villains since there are lines they won’t cross, while the villains are bound to do whatever it takes to get ahead. There are heroes thankfully that won’t follow the rules that are set down by their peers and the law, such as the Punisher, Wolverine, Red Hood, and several others, but they’re typically looked upon as anti-heroes since they don’t appear to value the lives of their enemies. Does that sound awkward to anyone else? It’s especially awkward because many villains, by the nature of their actions alone, don’t care much about the lives they take or the ones they impact in one way or another. Showing them dying would definitely change the tone of the movie, but it would also remind people that truth and justice are sometimes in the eye of the beholder and that the laws aren’t perfect since they insist that no matter if a person commits a violent crime and show little, if any, remorse, they’re somehow still seen as worth keeping around.

In any case, this particular death scene was necessary to the movie, but it couldn’t be placed in the movie as it was, and instead, Modine’s character was shown sprawled on the ground after being shot, a much more peaceful scene than had been planned. Censors are kind of a pain in the backside at times, but to think that they would have seen a violent death in a Batman movie as a problem is kind of amusing since the violent deaths that have been seen in cinema over the years make The Dark Knight Rising feel like a kids movie.