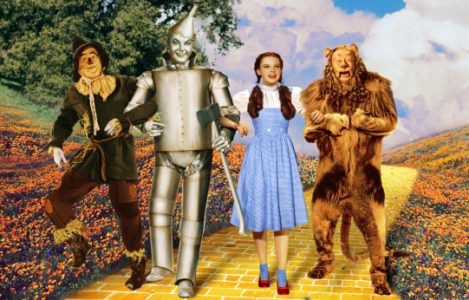 It depends on who a person talks to when it comes to determining just how hard Judy Garland’s life was when filming The Wizard of Oz, but if anyone is willing to sit and listen there’s a horror story waiting that is known as Judy’s life, though this would be debated just as much as anything that’s ever come out of Hollywood. The unfortunate fact is that Hollywood is a machine, one that tends to snag people that are seen to have some semblance of talent so that it can determine just how much they can give and how much more can be eked out of them until they’re dried up and essentially useless. The Wizard of Oz is still considered to be one of the greatest movies ever made, but the hell that Garland went through is, sadly, only an extension of the life that she led while she was a part of Hollywood since there are more than a few instances that make it clear that what we see isn’t all there is to the industry. How much is anecdotal and how much is realistic is hard to say since the majority of people reading and writing these things weren’t there and have to take it from sources that might or might not be reputable. But what we hear is generally how people determine what they’ll believe since like it or not, the more horrific stories do tend to sway people when it comes to their beliefs.

There’s more than one story about the abuse that Garland suffered in her life as an actress, but on the set of The Wizard of Oz, there were several things that happened that would cause any self-respecting father to pull their kid from production and gladly threaten the well-being of any director or producer that had allowed such things to happen. Granted, it might not have been the wisest move on the part of said father since back then Hollywood had plenty of investors that would have gladly pulled Judy back in while making sure that her parents were reminded of just who was in charge, but unfortunately, Judy’s father was already gone and her mother didn’t appear to care that much about her daughter, apart from the fame that was being heaped upon her. Some would say that this is incorrect, that it was all a bunch of spin that made it appear that Judy was suffering more than she actually was, but some of the stories might make your blood burn as a parent since the idea of Judy having her breasts taped down, of adult munchkins reaching up her dress, of being put on a diet of coffee, thin chicken soup, cigarettes, and nothing else is simply abhorrent. Fame isn’t worth the price of one’s health, no matter what other actors might think to the contrary, since even those actors that in recent times have altered their bodies for a role have done so with great care and attention to their personal well-being. Back in the day it almost feels as though the higher-ups didn’t care all that much since they were doing their best to project the image they wanted at any cost.

It sounds paranoid, doesn’t it? It sounds like something that might be featured in an Oliver Stone movie and could be debated back and forth in an endless loop by those that believe the stories and those that think they’re a lot of hogwash. But the fact is that Judy Garland was unfortunately subjected to a life that she might not have chosen had she known the hell she was going to go through while growing up. Having several kids by the time she’d hit her 20s, being subjected to pill-popping at an early age, and having a mother that thought more of Judy’s fame than her health had to be a special hell that she might have figured would never end since at her age it could have easily felt as though she didn’t matter, that her acting talent and appearance were the only things that anyone valued. This is unfortunately the kind of treatment that could have led to her eventual downfall since the treatment that she endured throughout the making of this movie alone has been documented more than once throughout the years.

Ironically one of the people that cared for her the most and tried to watch over her was Margaret Hamilton, who played the Wicked Witch, but even Hamilton couldn’t stand up to the powers that ruled over both of them during the making of the movie. It’s fair to say that Garland was on her own since her mother was more interested in how big of a fortune her daughter could amass and how influential she would come to be. It’s saddening, but the role of a Hollywood star isn’t always as glamorous as it would appear.