Home
Entertainment
The Impact 2001: A Space Odyssey Had on Star Trek 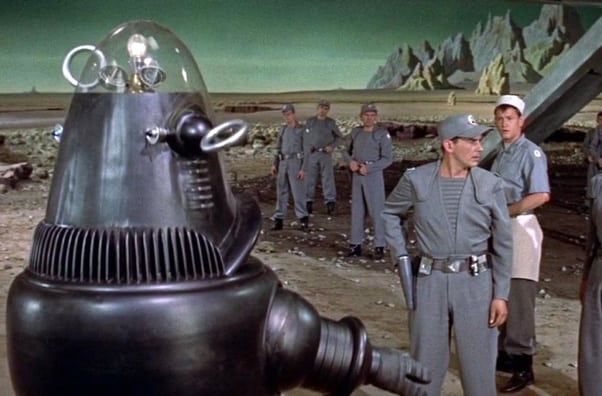 Contrary to what a lot of people might think, 2001: A Space Odyssey didn’t have much of an impact on Star Trek aside from the need to get things accurate enough that fans would continue to watch. There are some similarities here and there, but they don’t connect as much as people might want to think since the mere fact that both stories are science fiction doesn’t mean much, apart from the idea that the advancement of humanity is in some way bound to blow the lid off the question of whether we’re alone in the universe or not. 2001 might not take that idea to the same extreme that Star Trek does, but the movie still manages to tell people in no uncertain terms that there is something more fascinating within the wide universe than what we see on a regular basis in our own world, and that it transcends what we know and believe. With Star Trek, the story became an adventure from the start, as this is what it was designed for initially and what it’s become in the years following. Trying to find a correlation between the two ideas is a bit difficult but apparently, some folks have been trying to do this for a while, even if there’s not a lot to go on.

If there’s any way to compare the two then it’s likely that doing so with Star Trek: The Motion Picture would be the best candidate to pair with 2001 since there are a few similarities that have been found that could anger Kubrick fans and Trekkies alike but would make a little more sense overall. When comparing the two any further though it tends to break down in a big way since the movies aren’t as alike as many people might want to think. For one, Star Trek tends to offer up more alien species and 2001 is devoid of anything other than the humans and HAL, apart from the apes that discover the monolith. Star Trek is filled with different aliens and lifeforms that are seen as either part of the scenery or as open threats that have to be dealt with. The scope and grandeur of the movies are impressive enough to comment on, but other than this they diverge pretty quickly since the level of technology between the two is quite a bit different, and the overall mission that each movie deals with, as well as the resulting story that follows, can also be said to be very different. Plus, when one really thinks about it and does a quick check, 2001 came out in 1968, and Star Trek started up two years earlier. So if Kubrick’s creation did anything to influence Star Trek, it might have been to keep things on a slightly more even keel by trying to go for a bit of realism instead of getting too far out. But apart from that, it doesn’t sound as though there was much that could be used to connect the two, apart from a lot of conjecture from those that were trying to do exactly that.

There are times in the history of pop culture when people have tried to claim that one movie or show has impacted another in a very profound way, but often this is due to the efforts of those that want others to see their point of view and admit that it makes some kind of sense. Unfortunately, it doesn’t always appear that way to everyone and the result is a great deal of confusion that a lot of people can’t work past since the disconnect is something that people either can’t or won’t work with when trying to make the attempt to show people how their point of view makes sense. Just because the two ideas are space-based adventures, which is a loose term in the case of 2001, this doesn’t mean that they’re comparable, since one wouldn’t go comparing Beastmaster to Conan the Barbarian just because they’re both fantasy/action movies. The over-generalization of certain movies is pretty easy since a lot of people will think that since both movies belong to the same overall genre it’s likely that they share a lot of common traits. It’s true that the two ideas share some common points, but as I mentioned earlier they diverge quicker than Robert Frost’s infamous path in the woods, and it doesn’t matter which path one takes since they’ve both been worn down through time.

At this time, finding out the similarities between the two is up to the fans more than anyone since the obvious feeling is that they really don’t have much to do with each other past the idea that they’re both based on space travel and that something inevitably goes wrong at some point in the story. Other than that, it’s up to the fans to decide just how one impacts the other.