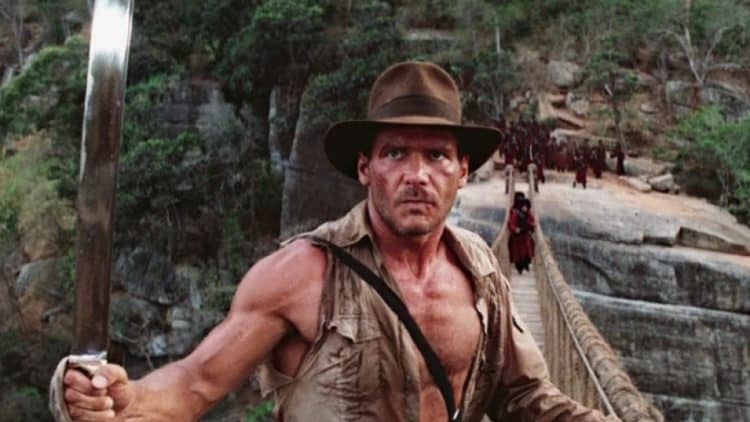 Far be it from anyone to really trash on an Indiana Jones movie without good cause, but there are a lot of discrepancies to notice if a person is willing to be a stickler and not just enjoy the movies. Let’s come out and say it right now, Indy is not a good archaeologist since his practices kind of contradict what he teaches to his students and a lot of the time he tends to go against his own code of ethics by wrecking whatever site he finds in a very haphazard manner. We won’t go into the fourth movie since it wasn’t mentioned in the video, all the better, but it’s easy to take a look at the first three and roll your eyes a few times when thinking that these movies actually inspired quite a few people to take up archaeology at some point. What a lot of them likely found is that it’s nothing like the movies and that preserving a site when it’s discovered is far more important than anything. A lot of them might have actually lost interest as well upon discovering that archaeology is built around a lot more boredom and waiting than it is around action and finds of the century. In short, any self-respecting archaeologist would probably tell you that Indiana Jones and Lara Croft are true tomb raiders with little to no regard for the history and cultures that they unearth in their respective movies.

That might sound a bit unkind, but let’s look at the facts. In Raiders of the Lost Ark, Indiana desecrates a temple that’s somehow loaded with devilish traps that still work after the passage of so many years, and he’s not exactly scientific about it either. Plus, how in the world did a couple of those traps activate? The light-activated trap is something that might have been invented for a science fiction movie instead, even if there are explanations out there that can give a reasonable and detailed map of how it might work. In effect, it would still require someone to make sure that the traps are sound and capable of functioning after so long. Then there’s the idea of the arrow trap and the weight trap and then, of course, the boulder that chases Indy out the front entrance and right into the waiting sights of the Hovitos. Now, if anyone is keeping count here, there are a few ways that Indiana should have been unable to continue on with the movie since unless he was an Olympic sprinter or his adrenaline was running dangerously high (which was likely), there’s no way he should have been able to outrun that giant rolling sphere. The light trap, okay. The dart trap, sure. Even the weight trap that caused the tempt to start crumbling, okay. But no to the boulder, as the thing had enough speed and momentum to crush overtake Indy and flatten him like a bug.

But hey, moving on. In Temple of Doom the hilarity only grows since of course, the antidote he needed wouldn’t have been trampled and utterly ruined, and of course, you can survive a fall from an airplane in nothing but a raft as you gently float to the ground, and of course, in a movie, you can definitely fall off of a cliff that’s hundreds of feet high and into a raging river where you can survive until it reaches calmer waters. In a movie, this is possible without a doubt, but in real life, death would be rubbing its bony fingers together just wondering when Indy’s luck would be running out. People want to point out blatant racism and sexism in these movies as well, but not the fact that they were taking part in a different time period, thereby making it a bit obvious that today’s attitudes towards such troubling things such as racism, sexism, misogyny, and other negative aspects were not quite as evolved yet. It’s saddening but true.

Plus, the fact that Indy has seen so much during his time as an adventurer that his lack of belief in the supernatural is a tad bit amazing by the third movie. The guy has seen the ark of the covenant, he’s seen it opened, and he saw what came out of it, to a degree. He’s seen a man’s heart be ripped from his chest while he’s still alive, heard him screaming as the heart kept pumping, and he’s seen three sacred stones start glowing with white-hot intensity when he started chanting. He’s also met a knight that was old before his great-grandparents were even a thought, seen the power of the holy grail, and witnessed what happened when the grail was taken beyond the great seal. How in the world is he still an atheist after all that? Oh well, that’s how the movies go.