Home
Movies
The Kinds of Dogs That Portray Wolves in Movies 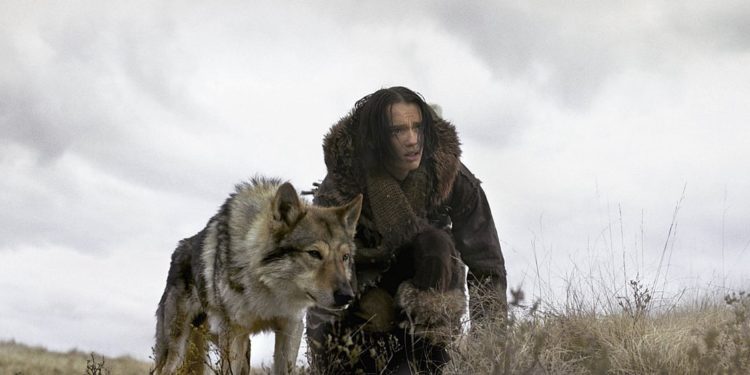 Wolves are intimidating creatures, that much is certain. When they snarl, when they’re angry, and when they’re actively trying to defend their pack and possibly challenge other creatures, they’re absolutely ferocious. But they’ve gained a bit of a bad reputation throughout many movies as well since they’ve been demonized and vilified more than once as creatures of the night that are voracious and will kill when they want without any explanation other than that they’re bloodthirsty and want to cause as much pain as possible. Technically speaking, that’s not what wolves do, and apart from CGI, which is horrible at times, there are several breeds of dog that have been used to simulate wolves in the movies, some of which look about as close as one can come without using an actual wolf, which would be dangerous in the best of circumstances since it doesn’t matter if one has had a wolf since they were a pup, they’re still hardwired in the same way as all wild animals. In fact, even domesticated animals still have a lot of the same wild nature in them, but it’s been culled through generations of trying to breed it out. But when it comes to movies, wolves are usually portrayed by one breed or another, for a number of reasons.

Here are a few of the types of dogs that are used as wolves in movies.

Siberian Huskies are usually very friendly dogs that take very well to training and in some cases do have a very wolfish appearance since they have the same appearance and, when possessed of the crystal blue eyes that some of them have, can look very intimidating. But a lot of them are big lovers that are great with kids and other dogs since they’re raised primarily in cold weather and as pack animals that will easily adhere to their own ‘pack’, be it a single owner or a family to which they belong. These dogs are usually very big lovers that are highly affectionate and are hard to imagine being vicious unless the right circumstance comes along.

Placing a Northern Inuit next to a wolve it would be easy to think that they’re one and the same type of dog since they do look alike. But anyone that knows anything about this dog understands that they’re typically a mix of several different breeds. They’re also incredibly stubborn quite often and are known to be used as wolves in various movies that have needed them. The body shape and the overall look of these dogs are what’s kept them in the mix when it comes to being used as wolves in various movies, and from a distance, it is kind of hard to tell them apart unless, again, one happens to know the difference.

The Tamaskan is another dog that is a mix of a couple of different breeds but is very similar in appearance to a Timber Wolf, as the distinction is hard to make unless a person knows what to look for. Like a few of the breeds on this list though the Tamaskan is a very intelligent breed and is typically very tolerant with children and other dogs, which is a plus when having them as a pet since otherwise, they might be kind of an issue to have around simply due to their appearance. Any dog that has a wolf-like appearance is bound to draw a few stares since people have been known to keep purebred wolf cubs, which is usually a horrible idea.

Like a few of the dogs on this list, the Wolfdog is easy to train and is very friendly. One can imagine that this makes them preferable to work with on a set since their intelligence and their obedience and loyalty to their trainers makes it easier to get them to perform certain acts. Dogs are fairly intelligent in their own way and are able to understand a wealth of commands that are given in a way that they can process, and some dogs are even smarter since they can often grasp ideas that their human masters are attempting to impart upon them and act upon them before being prompted more than once.

A very socialized breed, the Utonagan kind of looks like what might happen if you crossed a wolf with a fox, but they still have the distinctive form and look of wolves, enough to the point that they’ve been used quite often various movies. Again, their friendly demeanor and their ability to understand and follow commands are what helps to make them so popular when it comes to show business since directors tend to want animals that can follow their cues and don’t need a lot of special training while on set. But the most important thing about any of these dogs is that a lot of them are quite social and are about as friendly as can be.

It’s times like this I miss my Siberian Husky because they are very friendly and intelligent dogs.