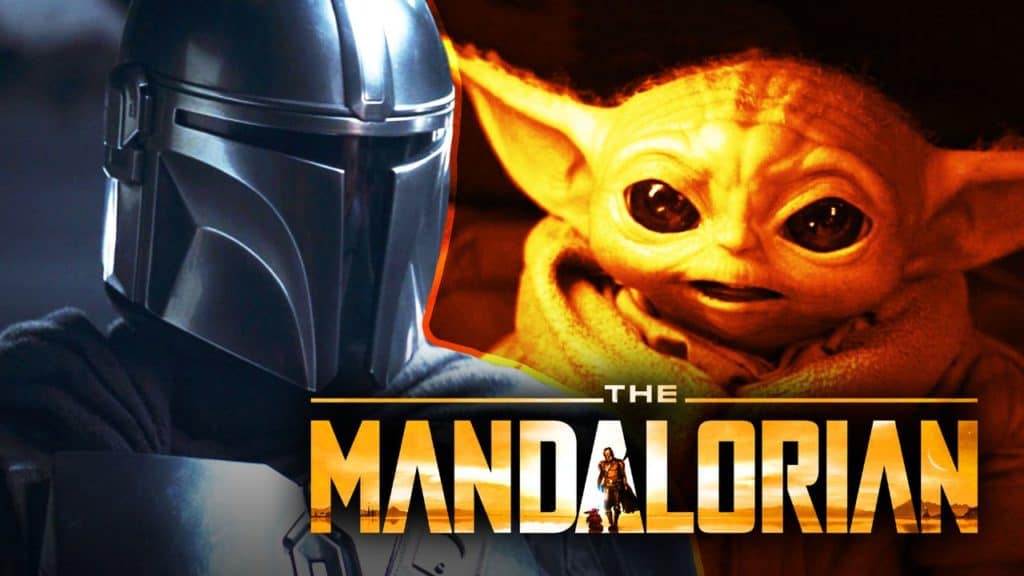 It’s not hard to see why some people are getting a little frustrated with the constant side adventures that Din is being forced to undertake, but at the very least, this is setting up moments within the Star Wars universe that are vital to the overall story and level of consistency that people want to see. Now if you haven’t seen the episode yet there are spoilers coming, so if you don’t want to know without seeing for yourself then stop reading, but if you’re just dying to know, then keep going. For the most part, Din is the type of Mando that helps his friends, or allies, obviously, since he’s adamant about getting to Corvus and even says so to Greef Karga and Cara Dune when they ask for his help, and he’s quick to light out when the job is done. But honor is a big thing to a Mandalorian and since the two helped him so much, and because Greef put his mechanics on the Razorcrest upon Din landing outside of the city, it stands to reason that Din wasn’t going to flat out refuse his services, especially when it came to liberating the planet from the last bit of Imperial influence. It does help that in the Outer Rim that the residents really don’t care for the Empire or the Republic and just want to be left to their own devices, as Greef mentions that if the Empire couldn’t tame the Outer Rim, then the Republic is crazy to think that they can.

As it’s been seen in several of the movies, the Outer Rim is so far beyond Coruscant, where the seat of power resides in this galaxy, that trying to control said worlds that belong to this region is almost impossible since lawlessness is a way of life. Those such as Greef and Cara, and the Marshall that was played by Timothy Olyphant, do their best to keep things civil, but usually, the Outer Rim is a pretty rough place. But the excursion into the Imperial base, quick and slapdash as it is, exposes the fact that the base is in fact run by a skeleton crew and that the Imperial’s appear to be waning on the world since apart from their cloning facilities, there wasn’t much to indicate that they were interested in any type of resurging presence that would become a serious threat once again. The cloning facilities were a nice touch since it indicates that they are trying to revive the Emperor, or possibly create Snoke, and are getting closer. But without the Child, there simply isn’t enough material to make this happen. Some are thinking, and rightly so no doubt, that one point the Empire will manage to take hold of Baby Yoda once again since it’s obvious that the cloning did work at some point, but we’ll have to wait and see what happens with this development.

One of the more interesting things about this chapter is that it was directed by Carl Weathers, which is interesting, to say the least. Obviously, he did pretty well since the episode was action-packed and the dialogue wasn’t too bad even if it did get a little forced here and there. But when thinking about how it could have gone versus how it did, and then versus how people want it to go, this direction was actually kind of nice since it’s setting up certain aspects of the story that could continue to build, and it’s touching upon various things that people surely recognized and are excited to see more of in the weeks to come. There was no Ahsoka this time and it’s hard to say if she’s going to show up next episode, but at the very least, Din is now on his way to Corvus after having his ship fixed up correctly this time. But with a tracking beacon attached to his ship, it’s looking as though Moff Gideon will be able to tail him no matter where he goes, and if he leads Gideon right to Ahsoka it almost feels as though we could be seeing a battle in the making that might kick the show into another gear that could very easily impress the fans that are nearly screaming for the Togrutan Jedi to finally step into the fray.

Just imagine if Ahsoka and Moff Gideon actually stood toe to toe? It would be an epic fight to say the least, at least hopefully since Ahsoka is a deadly opponent and we currently have no idea of the capabilities of Gideon, who might wield the darksaber but hasn’t been seen as much of a combatant yet. But there’s nothing to say that he couldn’t be a real threat since discounting him since he’s an older human being would be a mistake, especially since we don’t know enough about him. Hopefully next week we’ll get a bit more, as many fans are eagerly looking forward to Ahsoka’s on-screen appearance.