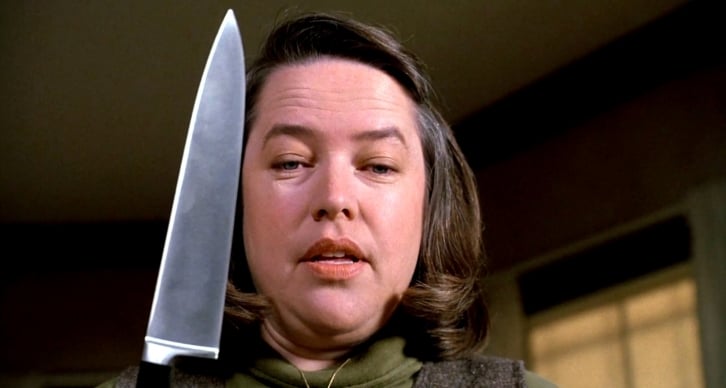 Some might actually think that since Jack Nicholson played a writer in The Shining that he would be perfectly suited to do so in Misery as well, but then they wouldn’t be taking into account just how much of a chore The Shining was to film. As Michael Kennedy of ScreenRant reminds us Stanley Kubrick was said to be something of a taskmaster when it came to shooting certain scenes as he would go a little nuts and want them shot over and over and over until the actors were about ready to pull their hair out. It doesn’t matter that Nicholson has never said anything bad about Kubrick, it’s more to the point that he might have said no to Misery because he remembered working on a Stephen King movie in the past and didn’t want the hassle. Rob Reiner, who directed Misery, wasn’t known for being as brutal in his techniques as Kubrick, but the memories might have been enough to keep Nicholson away since he didn’t hesitate when it came to saying no. It might not have been the movie for Nicholson anyway since his style doesn’t feel a though it would have meshed quite as well with Annie Wilkes and might have either tried to top her or been somehow muddied by Kathy Bates‘ performance.

James Caan might have been an odd choice for some people since he was used to playing the tough guy roles, but upon getting older the tough guy act was starting to get a bit dated since despite his acting ability and the fact that he could still play an aggressive part he fit into this role without much trouble. In fact it’s hard to say anything negative about the pairing of Caan and Bates since the two of them worked so perfectly together it’s kind of easy to say that it was just meant to be. Bates put in such a great performance as a crazed fan that audiences didn’t much care that the movie had missed a few things from the book. It did help that the movie didn’t veer off course in such a way as to really upset the fans and thereby create a gap between those that liked the movie and those that stayed loyal to the book. In a big way Misery was a success since it created the same tale almost head to toe that the book provided, albeit with a few notable changes that might have been added in to keep the movie a little more grounded.

The casting in Stephen King movies has been pretty solid for the most part over the years and it does feel as though Nicholson was wise in saying no to this part no matter what the reason was. Had the part gone to someone else like Al Pacino it still feels as though it would have been wrong since at that time in his career James Caan had just enough growl and bark in his voice to make the part work and at the same time was docile enough that being held captive by a crazy woman and bound to a bed first because of injuries and then because he’d been hobbled was a perfect role because it didn’t require him to do much apart from acting. Among the many roles he’s had this is definitely one that he’s remembered for since Misery was one of those movies that was able to send a chill down the spine even years after it was released since the whole point of it was absolutely terrifying. Imagine being out in the middle of nowhere, basically helpless after a car crash, and at the mercy of someone that’s nowhere near balanced enough to be called sane. Then imagine that this person reads your final manuscript and, as a fan, flies off the rails upon discovering that you’ve killed off her favorite character in a way that doesn’t please her in the slightest. Jack Nicholson might have been able to pull off a crazy part for this movie, but the role of Paul Sheldon kind of needed to be someone that wasn’t quite so over the top most times and let’s face it, when there’s verbal aggression of any kind in a movie Jack Nicholson is usually a lot more convincing when he’s the one that’s dishing it out, not taking it.

There are definitely other roles in Stephen King movies that he could have picked up throughout the years but the role of Jack Torrance was without a doubt the one he was best suited to since it allowed him to just go nuts without having to come back down. Now if only Kubrick hadn’t been such a damned good director despite being so hard on his people, things might have been different.