Home
Movies
The Top 10 Netflix Movies To Watch This July 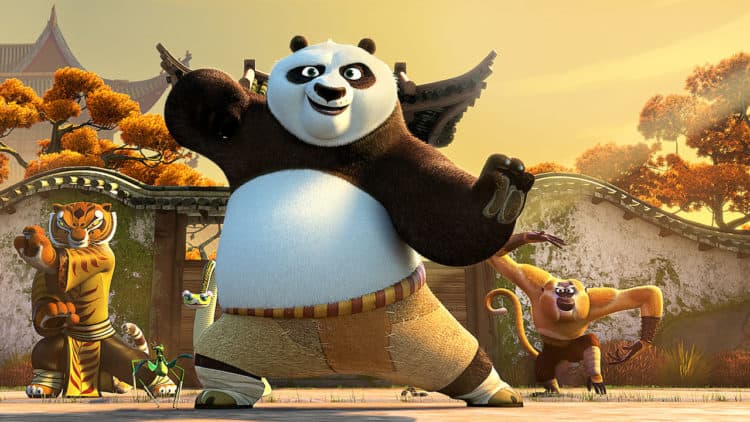 Looking for a great movie to watch on Netflix can take forever. Even after refreshing a few times, we often get the same movie titles on the search page. However, like every new month, Netflix is adding a few new movies to its site. They include everything from action, horror, animation to comedy and romantic films. We can look at the top 10 movies you can watch that are coming to Netflix this July.

Netflix announced this July would see the debut of all 5 Twilight movies on the platform. Twilight, New Moon, Eclipse, Breaking Dawn Part 1 and 2 all follow Bella Swan (Kristen Stewart), who is in a love triangle between a 100-year old vampire, Edward Cullen (Robbert Pattinson), and a werewolf Jacob (Taylor Lautner).  The movie is an exciting romantic fantasy that will have you rooting for Bella and Edward’s love against all ups and downs they encounter. According to Forbes, all movies debuted at the top of the site’s watch list.

Netflix released the Russian film Major Grom: Plague Doctor based on a Russian comic book series by Arytom Gabrelyanov. The fantasy thriller follows a loner policeman, Igor Grom (Tikhon Zhiznevsky), as he fights against a vigilante, The Plague Doctor, committing murders in St. Petersburg.  It will appeal to fans of the superhero genre with epic fight scenes, explosions, and significant special effects.

The 1995 martial arts film by Paul W.S Anderson is excellent if you want to relive your childhood days. The movie adaptation of the famous 1992 fight game was the first of the Mortal Kombat movies, which tells the story of the battle for Earth’s survival.  Lord Rayden picks three unknown martial artists from Earth to fight in Outworld. To prevent the warriors’ realm from being conquered by Shang Tsiu, they have to fight in tournaments for Earth’s freedom. It stars Christopher Lambert, Bridgette Wilson, Linden Ashby, and Robin Shou.

For horror movie fanatics, Netflix has released a trilogy of films inspired by R.L Stine’s 90’s horror novels Fear Street. The three movies center around the town of Shadyside, which has been cursed for centuries with death and destruction. They follow young adult characters at different points in time, Fear Street Part 1:1994, Fear Street Part 2:1978, and Fear Street Part 3:1666 as they fight to stay alive from crazy psycho killers.  If you are a fan of the horror classics, you will love these movies that pay homage to those that came before them. The movie stars Sadie Sink, Kiana Madeira, and Julia Rehwald.

Memoirs of A Geisha

Netflix will add the award-winning movie, Memoirs of a Geisha, based on the fiction novel by Author Golden, on July 1. The 2005 movie is a romance drama that follows a young girl, Sayuri, who was sold to a Geisha house by her fisherman father and endured a very harsh life.  Its set in the 1920s during World War 2 and takes you through Sayuri’s thrilling journey of becoming one of the most sought-after and influential Geisha in Japan.

Kids are also in for a treat this month. Netflix is adding the first two Kung Fu Panda movies on July 1.  Kung Fu Panda 1 and 2 follow the lovable giant panda named Po, who has to face his destiny as the chosen Dragon Warrior and protect the Valley of Peace from evil.  It’s a heartfelt coming-of-age story filled with great characters, humor, and a lot of Kung fu fighting! Jack Black voices the epic movies as Po and other famous actors like Angelina Jolie, Lucy Liu, and Seth Rogen.

The Netflix thriller Blood Red Sky follows Nadja (Peri Baumeister), a woman on her way to New York with her son Elias ( Carl Anton Koch), to treat a strange illness she has. When terrorists hijack the plane and everyone in it, they are in for a rude shock as they meet a vampire on board. The movie’s suspense, action, and unexpected twists make it worth the watch.

Gun Powder: Milkshake is another Netflix original that follows Sam(Karen Gillan) in a dangerous world of assassins. After being abandoned, she is raised to become a professional assassin who works as a ‘cleaner’ for The Firm, an evil crime syndicate. However, when a job goes bad, everything changes, and she must turn against all she has ever known.  To protect herself and those she cares for, Sam kicks ass. The film features great female actors in lead roles like Angela Bassett, Chloe Coleman, Lena Headey. If you enjoy action movies like John Wick, this action drama is right up your alley.

Kingdom: Ashin from the North

Fans of the Korean drama series Kingdom will be excited to watch the new Netflix film, Kingdom: Ashin from the North, which will premiere on July 23. The special episode will explore the origins of the mysterious epidemic from the original series and the herb Saengsacho that cures the undead.  The film plays out between seasons 2 and 3 of the thriller series Kingdom. This is an excellent movie for Zombie fans who miss the popular genre and are looking for a bit of terror and thriller to keep everyone entertained.

Anyone who grew up watching 90s action films remembers how great martial artist and boxer Jean-Claude Van Damme was in the movies. The actor/wrestler will star in the action-comedy movie that will come to Netflix on July 30. Jean-Claude plays a former French secret agent, Richard Brumere, who has to clear his son Archie’s name after being falsely accused of guns and drug trafficking.  It will feature some great fighting scenes from the veteran actor from footmen of the mob. The Last Mercenary is action-packed and will have you eager to watch more of Van Dann’s action flicks.