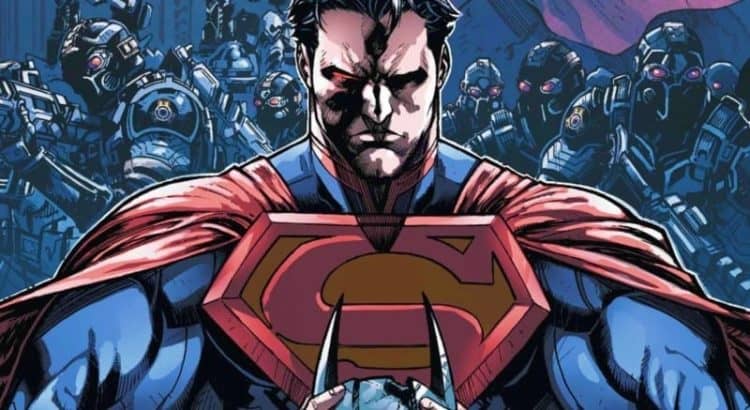 Who doesn’t love a good superhero? They represent the best in us and they are everything we wish we could be. However, is it possible for our greatest heroes lose their nerve and go over to the other side? Unfortunately, multiple iterations of certain heroes have proven that literally no one is incorruptible. Depending on which universe they live in, many heroes in the mainstream universe have their own evil counterparts. They are the dark mirror versions of themselves and are living proof of what would happen if those great heroes lost their way. There are many dark versions to choose from, but only a few have made such an impact to the point where we can’t look at the heroic version the same ever again. Here are the top five darkest versions of your favorite superheroes.

Hank Pym, also known as Ant-man, was never a saint, despite his role as a superhero. He was responsible for the creation of Ultron, tried to stage an attack on the Avengers in a misguided attempt to redeem himself, and committed domestic violence when he hit Janet Van Dyne, also known as The Wasp. While the mainstream version eventually worked his way to redemption, the Hank Pym of the Ultimate universe never learned from his mistakes and only got more and more violent. This Hank Pym took the domestic violence to a more malicious level, controlling his ants to attack Janet in her Wasp sized form and literally spraying her with bug spray, causing her to be hospitalized, resulting in Captain America beating him to a pulp. In the Ultimatum storyline, when he discovered that The Blob was literally eating the corpse of The Wasp, he ripped off his head with his teeth (yikes). The Ultimate Hank Pym is an example of a man who cannot fight his inner demons, despite his desperate attempts to fight them. His constant failures of being a hero, jealousy of Janet’s friendship with Captain America, and inability to conquer his flaws make him the opposite of his mainstream counterpart. No break for poor Hank.

With the mainstream version of The Hulk constantly being viewed as a monster, you can probably imagine that his alternate versions fair no better. The most twisted version of the hero is probably the main antagonist from the classic Wolverine story, Old Man Logan. This version is mostly known as Pappy Banner, a “landlord” who runs California (Hulkland) in a super-villain-occupied America. In this universe, the super-villains united and defeated the heroes, resulting in the United States becoming a playground for them. The Bruce Banner of that universe joined in on the destruction, with the radiation behind his powers supposedly affecting his brain and making him deranged. The Hulk created his own gang by mating with his cousin She-Hulk, as she was the only one that could withstand his thrust, having many Hulk-like children, who later had children of their own. This new “family” was pretty much a gang of inbred hillbilly cannibals, committing extortion and murder throughout their district. This Hulk later got his comeuppance when he made the mistake of killing Wolverine’s family, and the results were satisfying and disgusting all at once. If you thought the mainstream version of The Hulk was a monster, you should read about this guy.

Let’s face it as much as we all love Batman, the guy’s sanity isn’t exactly all that stable. A guy who witnessed his parents being gunned down right in front of him and decides to beat up criminals by dressing up as a giant bat? Yeah, he clearly has issues. So imagine if he allowed those repressed, darker emotions get the best of him and no moral compass to keep him in check. That’s right, you get Owlman (owls prey on bats). Thomas Wayne Jr. was the son of the equally unstable Thomas Wayne Sr. and Martha Wayne, with Bruce Wayne being his little brother. Wanting to inherit their wealth for himself and his brother, Thomas arranged to have them killed, only for young Bruce to intervene. During the struggle, Thomas’ very own Alfred shot and killed the adult Waynes, while Thomas shot and killed Bruce, himself. Thomas spent the next several decades being a crime lord, committing all sorts of heinous acts to assert his dominance over Gotham City. He even decided to replace his brother by murdering that Earth’s version of Dick Grayson’s family and manipulating him into being his sidekick, a partnership that did not last. Perhaps the best version of Owlman is from the 2010 animated film, Justice League: Crisis on Two Earths, where is portrayed as a nihilistic villain. His primary motivation was to destroy Earth Prime (foundation of all worlds), which would of subsequently destroyed all reality, simply because he believed it was the only real choice that truly mattered. A man with Batman’s skill who wants to wipe out all of reality? Now that’s dark. Thankfully, the mainstream version has been obliterated.

For fans who are very familiar with Reed Richards, or Mister Fantastic as we all know him for, it is a very popular opinion (basically fact), that he’s a bit of a snobby know-it-all. To be fair, he has earned the right, as he is known for being probably the smartest guy in the Marvel Universe. He often doesn’t shy away from reminding everybody of his incredible intelligence, making him rather unlikable. So how can you dislike him any further? You give him an evil counterpart who is even more pretentious. The Reed Richards of the Ultimate Universe is a younger and far less humble version than the mainstream version. While he did start out as a hero, the controversial Ultimatum storyline is where his downfall began. The Fantastic Four disbanded, his marriage proposal to Susan Storm was rejected, he felt guilty for the destruction of New York City, things just kept piling on, and his transition from hero to villain was inevitable. His path to villainy began when he orchestrated the deaths of his parents and alien attacks on The Baxter Building, continuously lashing out at other heroes, even Susan Storm. His most villainous moment came when he instigated an invasion of the mainstream Marvel Universe, even allying himself with Thanos and The Cabal when everything was destroyed. When he met the good Reed Richards, they both attempted to work together, only for the Ultimate version to later betray him and literally change him back into a primal ape. Thankfully that was stopped and he was turned into pepperoni slices (no, seriously). His whole reasoning behind the fall from grace was his dissatisfaction with his world and its people, aspiring to seek out a new world and improve it, true motivations of a psychotic evil genius. Turns out normal Reed isn’t so bad.

Who would have thought that Superman, THE superhero, can turn into an evil dictator that oppresses the entire Earth? Apparently the brilliant minds of Mortal Kombat can. When an unimaginable tragedy strikes The Man of Steel, he abandons everything he once stood for and uses his godlike power to control and oppress the people of Earth. Fans who have also read the comic know that his sole motivation is to eliminate all crime on Earth. While he does achieve this to some degree, he takes it a step further by ruling over the whole planet with an iron fist, believing that he is keeping the peace through force. Those who did keep up with the comic see Superman in a way we have never seen him before. He is violent, controlling, cruel, and even murders in cold blood. His most malicious act is when he uses his heat vision to burn through Shazam’s head (a kid)! This makes him practically irredeemable, but a sequel might answer the question if the once noblest of heroes is truly forever gone. Will the Injustice Superman redeem himself? Guess we all have to wait to find out.

Well, there you have it. If you ever thought your favorite heroes couldn’t go rogue, you might want to dig deeper into comics. What rogue heroes and evil counterparts do you think I missed? There are many to choose from.