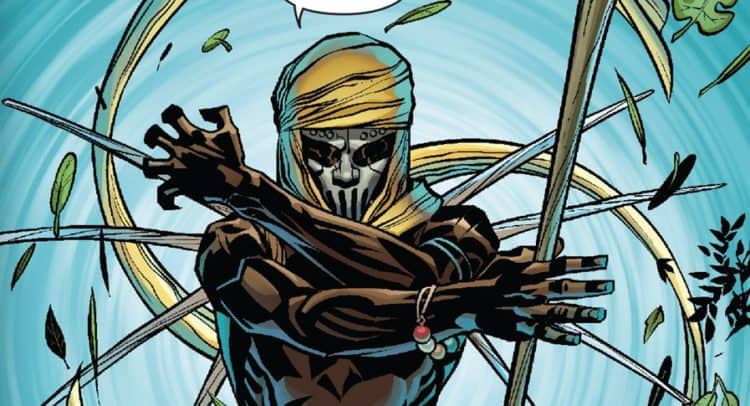 One advantage that comic books have over their movie adaptations is that their villains usually have a way that they can come back that comic book fans will accept when it’s kept on the panel. In the movies, it becomes a bit of an issue since while death might not be permanent in the comics, in the movies it kind of feels as though it should be. With the unfortunate passing of Chadwick Boseman, we won’t get to see the Black Panther that everyone came to love squaring off against any possible villains that are yet to come, but it’s a hope that perhaps some of the most dangerous villains in the character’s history could possibly be unveiled at one point or another. Some of them might never leave the comics, but it might be better that way since some of the effects might not come off in the same manner and could be seen as a little silly. But at the very least, Black Panther has managed to acquire a list of enemies that is anything but short.

Here are a few of the top villains from the Black Panther comics.

These two are a little more subtle in their effect since Tetu can control nature and Zenzi could control the emotions of others. Together this is a difficult combination to overcome since controlling nature is bad enough, but being able to control and manipulate emotions is the type of power that can turn just about anyone against another person and render them nearly useless depending on the emotion. It’s not quite the recipe for world domination, but the two certainly gave T’Challa hell for a while. Imagine being able to turn people’s emotions against others and then having someone who controls nature as your backup?

The story behind this character is a bit long and kind of convoluted, but it involves an alien symbiote, time travel, and the possession of Killmonger’s body. In other words, this character was doing everything possible to gain any kind of advantage over T’Challa, and he came very close to bringing Wakanda down. Even being able to say such a thing means that this character was someone to be taken seriously since Black Panther is one of the more OP characters in the Marvel universe in terms of what he can do and what he can accomplish given time and opportunity. So for someone to actually be a threat to Wakanda takes some doing.

The adopted brother of T’Challa, he was banished when his half-brother took the throne and deemed that the Wakanda secret service, of which White Wolf was part, was too brutal in their approach. White Wolf would then travel to America to become a successful mercenary. It’s fair to assume that he could be a huge danger to T’Challa, seeing as how he knows so much about Wakanda and possibly how to bring the nation down if he really wanted to do so. Black Panther has definitely made some enemies that have serious problems against his nation, but that’s kind of to be expected of a king that makes the necessary decisions for his people

It’s a big hope that Namor, the king of Atlantis in the Marvel universe, will make his first appearance on the big screen in the next Black Panther movie. But in terms of the history between the two, Namor and T’Challa have rarely gotten along at every moment, and their initial history is pretty rocky. Considering that Namor did a great deal of damage to Wakanda when he was imbued with the Phoenix Force, it’s fair to say that he and T’Challa haven’t seen eye to eye for a while. But the fact that these two don’t get along could still be worked into the next movie somehow if such a thing is desired.

Killmonger’s origin didn’t change too much in the movie, and the fact that he beat the kind hand to hand was impressive considering that T’Challa had stood against some of the toughest heroes in the world and held his own. One thing that Killmonger has always had going for him though is that his rage has carried him through a lot of times since he absolutely hates T’Challa and the rest of Wakanda and would happily see it burn if it didn’t mean losing all the technology that he wanted to share with the world in the movie. Despite every other enemy he’s had, Killmonger has always been Black Panther’s worst enemy.

It would be great if some of these enemies could make their way into the MCU just to see what they would be like, but it’s fair to think that not a lot of them will be given the time of day. It’s fun to imagine though.