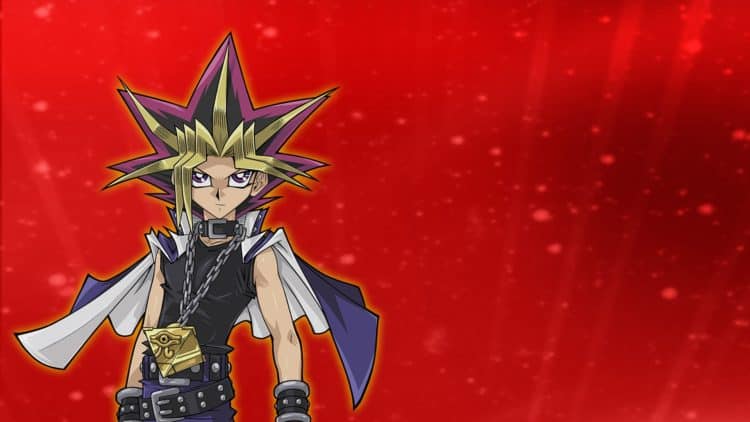 Not too long ago, I made a list about the top five villains in the old anime show, Yu-Gi-Oh! Watching the show again brought back some great childhood memories, including all the human characters. However, it was the dueling monsters that I enjoyed seeing the most, and it reminded me how I sold all my cards (lame). Every character had their own unique deck which contained some awesome monsters, but there were just certain ones that stood out. From Yugi to Set Kaiba, each duelist treasured their cards like they were gold, and for good reason. There are many to choose from, but let’s take a minute and look at the top ten dueling monsters in Yu-Gi-Oh!

For the first monster kicking off this list, I summon the Dark Rabbit. This rather creepy-looking rabbit is a favorite of Maximillion Pegasus, the creator of duel monsters. Dark rabbit was based off a favorite cartoon character of Pegasus from his childhood, and he made it even stronger when he added his super powerful Toon World card. This rabbit is pretty much supposed to be a cartoon character, but his eyes and large tongue just make him creepy to look at. Despite his appearance, Pegasus put him to good use when he dueled Kaiba, using Dark Rabbit to destroy two of his monsters. Toons rule.

This monster may seem harmless but it got Joey Wheeler out of more than a few jams. Sure, its special ability is a really a gamble, but when it works, it works wonders. Taking a risk with this little monster won Joey his most treasured card, The Red-Eyes Black Dragon. It even won him his first duel with Mai Valentine, making it one of his personal favorites. This clockwork magician can age up rival monsters thousands of years ahead in seconds, or the ones on his side. Either way, any duelist Joey went up against had a good reason to be worried about this monster.

Another one of Joey’s most powerful monsters, Gilford the Lighting looks like he belongs in a cartoon from the eighties. He’s beefed up warrior with a great war cry and has an incredible amount of attack points. If Joey was able sacrifice a total of three monsters, Gilford’s special ability allowed him to destroy any of his opponent’s monsters on the other side. Besides just being a powerful monster, Gilford is just cool to look at. He’s like He-Man on something bigger than steroids.

This monster is a personal favorite of Mai Valentine, mostly because it’s the only monster she has. It’s also extremely powerful and Mai makes it even stronger when she upgrades it with some of her Equip Spell Cards. These include the Rose Whip, Cyber Shield, and Harpie’s Feather Duster. Another way she makes her Harpie Lady even stronger is by adding even more Harpies, giving her a very powerful army. Mai never really bothered to get more cards, but her ladies served her well. If it ain’t broken, don’t replace it.

This monster was won by Joey during the Battle City Tournament arc when he defeated the phony psychic duelist, Espa Roba. Jinzo is a unique kind of dueling monster with his Frankenstein-like appearance and hie ability to negate all trap cards. After Joey won him over, he used him in his most tightest of jams. Jinzo became one of his most favorite cards and became an actual villain in the Virtual Reality arc.

5. Exodia the Forbidden One

This is a monster so rare that a duelist needs to have five cards resembling a part of his body just to summon him. By trusting in the heart of the cards, Yugi managed to draw the head of Exodia the Forbidden One, allowing him to summon the monster and defeat Kaiba. By saying, “Exodia, obliterate!” Yugi secured his place as the top duelist in the very first episode. This monster instantly destroyed Kaiba’s Blue-Eyes Ultimate Dragon and caused him to go into hiding. With a monster this overpowered, the creators just couldn’t allow Yugi to continue using it. That’s probably why they had the sleazy Weevil Underwood throw all five of his Exodia cards into the ocean. Although Exodia wasn’t used much in the series, he is a monster any duelist would kill to have in their deck.

This is probably the weakest monster in all of duel monsters, but it still proved useful to Yugi. It saved his butt multiple times and helped him secure victories against Kaiba, Pegasus, and The Big Five. Yugi made the best use out of him when he equipped the Multiply magic card, creating a literal wall of Kuribohs to defend his life points. He did this to protect himself from Kaiba’s Blue-Eyes Ultimate Dragon and even Obelisk the Tormentor. This little fur ball may not be a powerhouse of a monster, but he is a sneaky one.

This is Joey’s strongest and rarest card by far. The awesome Red-Eyes Black Dragon was won by Joey when he defeated Rex Raptor with the Time Wizard. This dragon was Joey’s go-to card for winning duels ever since, securing several major victories for him. Joey managed to combine other monsters with his dragon, such as the Black-Skull Dragon, making it even more powerful. It’s a dragon, sure, but it just looks so awesome and it’s one of the strongest monsters in the game. What deck is complete without a dragon?

The Dark Magician is Yugi’s most favorite monster of all. He is special to Yugi, since he actually once served Atem the Pharaoh in ancient Egypt and was a loyal servant to him ever since. He was always fun to see in action, mostly because he likes to take on different forms. When he merges with other monsters, he becomes even more powerful. This forms include Dark Sage and Dark Paladin, but the list goes on. Yugi has a deep connection with this magician and even though he’s no giant monster, he is loyal to the end.

Yes, I know I already picked a dragon, but this one is the most iconic of them all. Kaiba’s most valued monster is a magnificent creature that just looks awesome. It’s also a card so rare, that only four were made in the anime, but Kaiba had three of the four. He ripped the other one in half in the first episode, but three Blue-Eyes White Dragons is all he ever needed. Kaiba made his dragons even stronger when he merged them together to form the Blue-Eyes Ultimate Dragon, which was basically a three-headed dragon. Much like Yugi had a special bond with the Dark Magician, Kaiba treasured his Blue-Eyes White Dragon. Like I said, no deck is complete without a dragon.

What say you, Yu-Gi-Oh! fans? What dueling monsters are your favorites? Every monster has it’s uses, but I view these monsters as the most iconic.