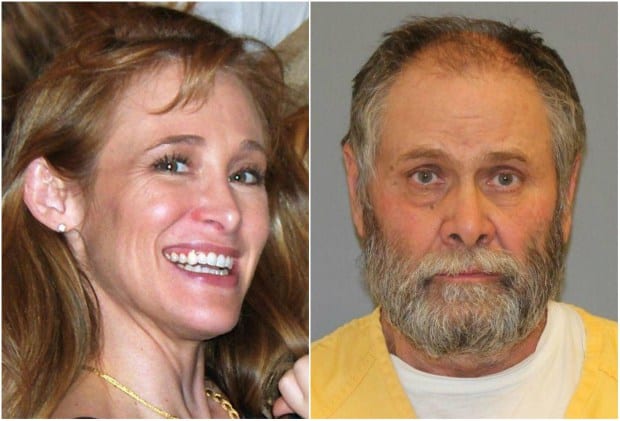 When you first hear the facts surround the tragic story of Paige Birgfeld, it sort of sound like a Lifetime movie. When you think of hard-working mothers venturing off into the dark side of life, it simply does not register. It is hard to fathom that someone who seemingly has it all would risk it by doing something so dark. Regardless of how you feel about it, the idea of a woman losing her life while living a double life is, at the very least, sobering.

This is the story of Paige Birgfeld, a loving mother who led a double life as a paid escort. While a White middle-class mother working as an Escort may sound intriguing or even exciting, the fact that she paid the ultimate price for her choice. On June 28, 2007, investigators was reported missing, which was extremely odd, is that she left behind three gorgeous children that she absolutely loved. The original story that was pushed on the detectives that investigated the disappearance was that she simply grew weary of her life and decided to abandon her jobs and children.

It did not take long for detectives to dismiss the original theory. By all accounts, this woman absolutely adored her children and would never willingly leave them. When Paige’s father was asked about the likelihood of his daughter abandoning her kids, he said, “if Paige had two broken legs, she would crawl on her elbows to get to those kids.

As detectives dug in, the focus of the investigation centered on the men in Paige’s life, including her two ex-husbands. According to those close to Paige, she had recently begun seeing her first ex-husband. The two had been high school sweethearts and had a relationship that lasted more than 10 years. Ron Beigler rose to the surface as a person of interest when police discovered that he had been with Paige on the day that she was reported missing. Despite being a person of interest, those who knew the two of them found it hard to believe that Ron would harm her in any way. The two had a date on the day that Paige when Paige went missing, and Ron had followed up several times when she failed to answer his phone calls.

Those close to Paige believed that it would be a good idea for investigators to focus their efforts on the second ex-husband, Rob. Dixon also had a very strong connection to Paige – he was the father of her three children, and according to witnesses, the two had a very volatile relationship.

But, on July first of 2007, Paige’s Ford focus was found burning, and the investigators were certain that the car had been torched in order to destroy evidence. It was during the investigation that police discovered that Paige had been living a double life. Not only did this hard working mother of three teach dance and sell kitchenware, but she was also working as a high price paid escort. Once investigators discovered this, it was not long before Lester Jones became the prime suspect in her disappearance. Jones was one of Paige’s escort clients and he had developed a fixation with her.

Despite all of the suspicion surround Jones, it would not be until 2012 that things would heat up again. A hiker found human remains, and the medical examiner was able to identify the remains as being Page Birgfeld by using dental records. Because of the fact that there was no remaining flesh, the medical examiner was not able to determine the cause of death; however, severe damage to the cheekbone made it clear that she had been beaten at some point. It took all the way to 2014, but Lester Jones was finally arrested and charged with the intentional death of Paige Birgfeld. He was eventually convicted of the crime. The sentenced him to life in prison and he was denied the possibility of being released on parole.

If this sounds like a Lifetime movie, that is because the story was adapted to a made for television movie. At the end of the day, the fact that Paige chose to live a double life should not overshadow the fact that a sick and demented person took upon themselves to take the life of another person based on some sick fantasy. By all accounts, Ms. Birgfeld was an awesome mother and a very loving and caring person.