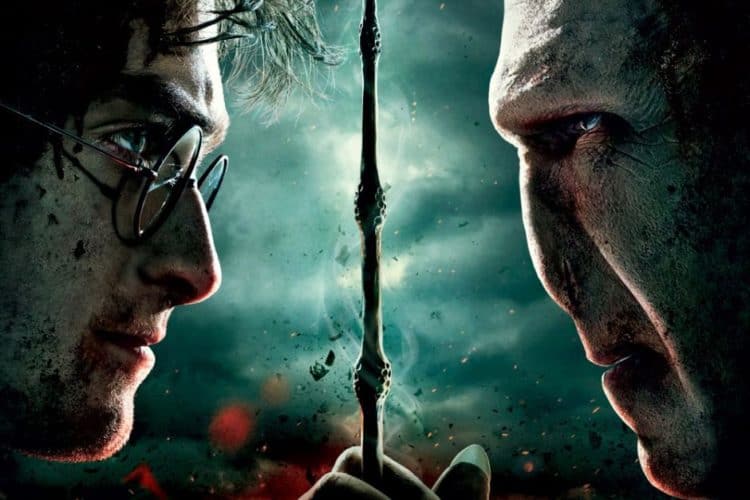 This is actually a very old theory considering that it was one that came about when the movies were still coming out. Back then however it was more conjecture and idle talk than anything so it might not have been taken that seriously. But there is a reason to believe that, as Christian Bone of We Got This Covered writes, Harry Potter and Voldemort are in fact related, but in a very distant and hard to fathom manner. The trick comes in the telling the Three Brothers during The Deathly Hallows Part 1, when Harry, Ron, and Hermione are on the run. The story of course goes that three brothers, all wizards, cheated death by creating a bridge over a rushing river that was known to take unwary travelers to their doom. Death granted each of the brothers a request, which anyone could have guessed would be used as a trick of sorts to gain its due. The first brother requested the most powerful wand ever made, the Elder Wand, which he used to settle an old score. But of course the elder brother was killed and the wand was stolen, and that was the end of his tale as Death took its due.

The second brother wanted to truly humiliate Death by bringing back the love of his life, a woman that had already passed. So Death granted this brother the Resurrection Stone. Upon bringing her back to life however the woman, realizing that she was already dead, eventually ended her life again, and was followed by the second brother as his grief was too much. The third brother however was humble and asked only for a piece of Death’s cloak, thereby creating the Invisibility Cloak, a true marvel that had many copies but was only ever perfected in one garment. This is where the tale begins to make sense in accordance with the theory. Voldemort’s ancestor, the eldest brother Cadmus Peverell, was the one that was the most vain and desired power above all, while the younger brother, Ignotus, obviously passed along the humility and desire to be modest and courageous, which are traits that Harry picked up along the way. Though they are distant cousins and far removed from one another, Harry and Voldemort share a lineage that goes back for many generations and is bound by their ancestors in a very telling manner. It does explain a few things that sit between them and possibly why their fates seem so entwined from the beginning. But it would also mean that in murdering James Potter and being ready to end Harry’s life so easily, Voldemort was more than prepared to execute his own kin. This is hardly surprising to a lot of people since Voldemort really has no allegiance to anyone but himself.

It would also explain however, in some way, how Tom and Harry both managed to select wands that were twins of one another, as the wands being able to choose the bearer idea seems to indicate that the wands both young boys picked would have recognized something in both of them that spoke of a shared lineage. That theory of course might be able to be blown up since generations of wizards and witches managed to select their wands in the same shop and Rowling either neglected to mention that some of those attending Hogwarts might have wands that almost perfectly matched those of their cousins, siblings, or parents that had attended. This was Harry’s story though to be honest and mentioning anyone else in such a way was bound to take place in the books and the peripheral stories at best. Throughout the movies though there has been a continual connection with Harry and Voldemort as many people have noticed, and despite the idea that Voldemort could have killed Harry easily more than once, it’s been interesting enough to think that somewhere along the line their familial lines might have crossed anyway since the so-called purebloods have been mixing with muggles for a long time it would seem considering how many wizards and witches there are in England and throughout the world apparently. The pureblood families are easily traced back to their roots, but as with any family that’s been around for so long there’s always the chance that there are more branches than are accounted for, and Tom Riddle was one such branch that no one seemed ready to claim. Harry was the product of two magical individuals, while Tom was a dirty secret that was kept locked away, metaphorically-speaking, until he grew old enough to seek out the answers for himself.

It’s not a hard theory to digest and it’s not something that needs to stretch or blur any lines really, but it is interesting to think that these two enemies had more in common than either of them would have believed.