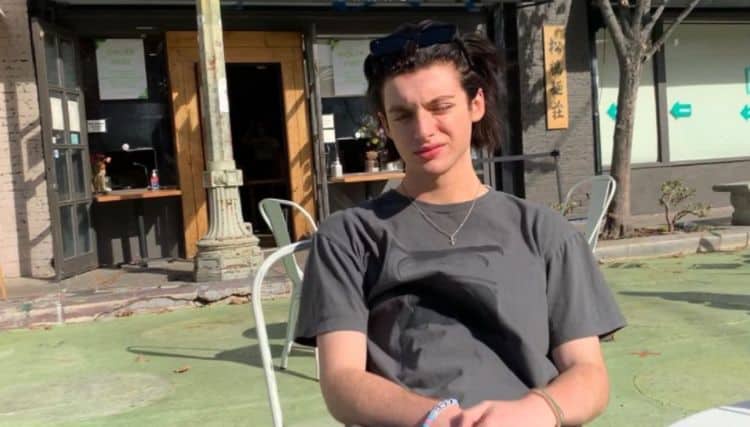 Being a teenager in the entertainment industry can be a very challenging experience, but so far, Thomas Barbusca is handling it with grace and professionalism. The talented teen has been turning a lot of heads with his acting skills and many would agree that his future in the industry is looking bright. Most recently, he has gotten a lot of attention for his role in shows like Chad and Black Monday. Thomas also has another TV project in the pipeline. His ability to act across genres and play a variety of characters is something lots of actors never develop. To see him be able to do those things at such a young age is truly impressive. Here are 10 things you didn’t know about Thomas Barbusca.

Thomas was born and raised in New Jersey and describes his upbringing as a good one. During an interview with Best of NJ, he said, “Growing up in New Jersey was great. We live on the water in a small town, and we crab a lot in the backyard. Jet skiing and boating was a big part of our summers.” These days, however, Thomas lives in California.

2. His Sister Is An Actress

Thomas’ oldest sister is actress Brielle Barbusca. She has been in the industry for almost 20 years and she is best known for her role in the series The Starter Wife which Thomas also appeared in. Thomas cites Brielle as the reason he was inspired to get into acting.

Despite the fact that Thomas has essentially grown up in the spotlight, he’s always been the kind of person who likes to stay low-key. For the most part, he has kept his personal life away from the public eye. He prefers to keep all of the attention on his work.

4. He Got His Start Doing Commercials

Thomas has been acting for well over half of his life. Like many other talented actors, he got his start doing commercials. Thomas’ first audition was for a role in a Lysol commercial, and he landed the part. In 2015, Thomas also appeared in a commercial for Geico.

As a young actor, Thomas is very inspired by many of the talented stars who have come before – especially Leonardo DiCaprio and Robert DeNiro. Thomas told Pop Culturalist, “As an actor, it’s always been DiCaprio and De Niro. They’ve played such a big part in why I wanted to be an actor. We don’t do similar work. I don’t do much drama as much as I would love to. I more or less work in the comedy field. These are two guys who I look up to, and I love all their work. I want to emulate their careers.”

Thomas’ creative spirit doesn’t start or stop with acting. He is also into fashion. Thomas has a great sense of style and he loves putting together outfits that allow him to express his personality. He may not have dipped into the modeling world yet, but we wouldn’t be surprised if he did at some point.

Acting has been Thomas’ primary focus for many years, but it isn’t the only thing he’s ever been interested in. During an interview with the Zach Sang Show, Thomas revealed that he ran track back when he lived in New Jersey. He also added that he is very fast.

8. He Had A Recurring Role On Grey’s Anatomy

Throughout his career, Thomas has gotten the opportunity to be a part of some very cool projects including the hit series Grey’s Anatomy. He was in five episodes of the show in 2014 as a character named Link McNeil. This character is not to be confused with Atticus Lincoln played by Chris Carmack.

9. He’s Not Really Into His Phone

These days, most people can’t even get through the hour without checking their cellphone at least once. Thomas, however, doesn’t have that problem. While talking to the Zach Sang Show, Thomas said that he isn’t someone who spends a lot of time on his phone. He credited this to the fact that he’s always spent most of his time around adults.

Even at a young age, Thomas is already showing that he’s capable of doing lots of different things, and he isn’t afraid to step outside of his comfort zone. Thomas has had two voice roles to date. It’ll be interesting to see if he decides to do more voice work as his career continues.