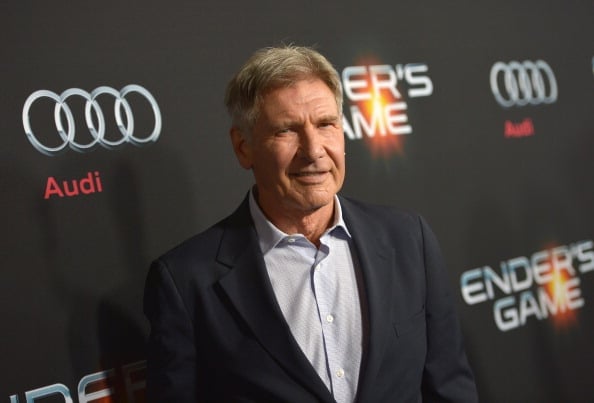 Jack Ryan. Indiana Jones. Han Solo. Take your pick – and those are only three of the numerous great characters immortalized by Ford. Since Harrison Ford played so many infamous characters in so many well-known films, we decided to take a look at his filmography altogether and came up with our own list of some of his greatest films.Â  And don’t worry, we didn’t forget about Regarding Henry or Apocalypse Now, or even Mosquito Coast.Â  We just couldn’t get them top 10 nods.Â  And sorry Force Awakens, we just couldn’t give it to you!

Here are the top 10 Harrison Ford movies of all-time.

Taking over the role of Jack Ryan from Alec Baldwin (who played Ryan in The Hunt for Red October), Harrison Ford’s performance as Tom Clancy’s most famous character still remains the best one to date (sorry Baldwin, Ben Affleck, and Chris Pine). 1992’s Patriot Games follows has Ford’s retired CIA agent Ryan battling against a group of Irish radicals led by Sean Bean’s Patrick Miller. Things get personal really quickly after Ryan stops an assassination attempt, and Miller’s men go after Ryan’s wife and daughter, injuring them both severely in a car crash. Tom Clancy wasn’t a fan of the tweaks made to the ending of Patriot Games (it’s apparently a lot different than the book’s conclusion), but these changes didn’t stop it from being one of Ford’s best films.

9. Return of the Jedi

So you had to know that all three Star Wars films were going to be on this list, but Return of the Jedi, as much as my nostalgic kid heart wants put it at a better spot on this list, deserves the #9 slot. Jedi is filled with many great moments for Ford as his final performance (for the time being) as Han Solo. From saving Lando on Tattoine to leading the Rebellion’s attack on Endor, there’s no shortage of great Han moments throughout the film. However, what Jedi suffers from is its varying tones (the almost slapstick humor of the Ewoks greatly contrasting with Luke’s efforts to bring back his father from the Dark Side), and it also doesn’t provide nearly as many compelling moments for Han and Leia as the first two Star Wars films do.

“GET OFF MY PLANE!” Okay, so Air Force One is a completely over-the-top, bordering on cheesy action flick, but Harrison Ford’s performance as the President of the United States, who’s also pretty good at fighting and killing terrorists himself, is what grounds the film. Ford throughout Air Force One is the epitome of growling, hard-nosed toughness, and even though the movie was released in 1997, some fourteen years after Return of the Jedi, Ford still showed audiences that he had what it takes to be a great action star.

Harrison Ford’s second outing as Tom Clancy’s Jack Ryan is an improvement in every way. Clear and Present Danger boasts a more thrilling script, better action sequences, and an even better performance by Ford, as Jack Ryan, now the CIA’s deputy director, must go into Columbia to rescue a secret military force that was captured by Columbia drug lords on a covert mission. The best thing about Clear and Present Danger, though? Willem Dafoe’s Clark, a renegade operative, is the only one who’s helping Ford’s Ryan out on his recovery operation. Ford and Dafoe in a movie together – that’s a total win in my book any day.

Ridley Scott’s Blade Runner didn’t really click with audiences when it first hit theaters in 1982, but what I personally love about the film is that it blends two of my favorite film genres, sci-fi and noir (even though noir isn’t really a genre, we’ll just call it one for this list’s sake), and creates something incredibly original as a result. Blade Runner follows the story of Ford’s Rick Deckard, a retired cop in 2019, who is called back into active duty by his superior. While it was a box office and critical bust upon its initial release, Blade Runner has since become a cult classic for sci-fi fans and incredibly influential film in the genre, and it’s Harrison Ford’s performance as Deckard that anchors the whole movie.

5. Indiana Jones and The Last Crusade

The third and final of the Indiana Jones films (just keep telling yourself there wasn’t a fourth one – that’s what I do) digs into the history of Indiana Jones by allowing us to meet his father, played the pitch-perfect Sean Connery, as he and Indiana face off against Nazis as they all race to find the Holy Grail. Getting to watch Ford and Connery play off each other throughout the whole film is a pure thing of beauty, and Last Crusade also offers up a killer final act that requires Indiana to have faith in more than just himself as he attempts to save his father’s life. It’s a fun, suspenseful, and perfect way to end the story of Indiana Jones.

“It was the one-armed man.” Harrison Ford plays Dr. Richard Kimble, a man wrongfully convicted for killing his own wife, in the 1993 film The Fugitive, which is based of the 1960s television show. From start to finish, The Fugitive is a pure thrill ride as Ford’s Kimble goes on the run and is chased down by a relentless, non-stopping team of U.S. Marshals, led by the determined and resilient Deputy Samuel Gerard, perfectly played by Tommy Lee Jones. There’s not a bad thing one can say about The Fugitive. The writing, directing, and acting are all top-notch, which is why it’s not only one of Ford’s best films but is also why the movie got nominated for Best Picture at the 66th Academy Awards. (It didn’t end up winning but Jones did take home the top prize for Best Supporting Actor.)

What do you get when you create an Old West, cowboy, outlaw character and throw him into sci-fi epic? You get Han Solo, that’s what. And thank God George Lucas did, because from the moment Han shoots first, he immortalizes himself as one of the coolest, and quite frankly greatest, film characters ever put on screen. The confidence, swagger, and pure charisma that Harrison Ford brings to Han is unmatched by any other actor in any of the Star Wars films. It’s a performance and a character that are so good that you almost want to forget about Darth Vader and the Rebellion and just hang out with Han and Chewey as they go on one of their smuggling adventures. Now I’d pay money to see that in theaters. Heck, I would probably go twice.

2. Raiders of the Lost Ark

Putting Raiders above A New Hope was a tough choice for me, but I had to do it simply because the Indiana Jones series is solely Harrison Ford’s film series, while he had to share more of the limelight during the Star Wars films. Immediately, from the opening scene of Raiders of the Lost Ark, Ford proves that he can carry a film by himself, without the help of a strong supporting cast. He also immediately allows us insight into Indiana Jones’ character, through his quick but thoughtful decision-making, his even-keeled demeanor inside the college classroom, and even his hatred of snakes. It’s hard to argue that Ford ever got a better role than Han Solo, but if he did, it would be Indiana Jones – there’s no question about that.

1. The Empire Strikes Back

“I love you.” “I know.” That exchange between Han and Leia reflects exactly what Star Wars were thinking about Harrison Ford’s character in Empire Strikes Back and about the film itself. Praised for its dark, bold storytelling choices, Empire is Harrison Ford’s best movie because it allows for him to embrace the wise-cracking, “tough guy” persona of Han Solo while also giving him some even more material to dig into. Whether it’s Han’s growing feelings for Leia or his anguish at being betrayed by Lando in Cloud City, Ford nails every single scene he’s in throughout Empire Strikes back. It’s one of the best performances of his career and easily the best film he’s ever done.