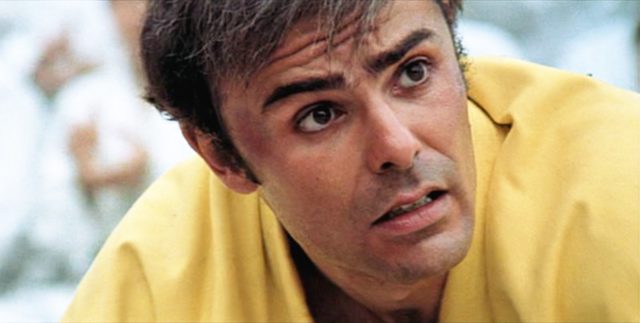 It’d be surprising if the current generation growing into adulthood knew anything about John Saxon. There’s even a good number of those that were born before the 80’s that are probably starting to forget to be quite honest. It’s not that he’s a bad actor at all. It’s simply that he belongs to a different era than most of those that are still very active and have been since about the 1990’s. He’s had over 200 appearances in his time and is still making appearances even at the age of 82.

Here are just a few of his more memorable roles.

This is one of the roles out of all of them that he’s become very well known for. As the father of Nancy Thompson, the young woman that famously fought Freddy Krueger and found a way to take him down, he got enough play in the movie to make an appearance and be somewhat influential. It wasn’t the biggest role but it was enough to get him recognized.

He had a small role, almost negligible in this film. In fact it’s kind of safe to say that he was put in it just to create a reaction so people could say “That’s John Saxon!”. His part is there and gone in a matter of seconds much like Kelly Preston who makes a token appearance. Cameos like this have been fairly popular for a while and at least allow the aging stars to get some recognition.

Anyone that’s acted opposite Clint Eastwood has a decent chance of being labeled as a star, rising or otherwise. In this old western Saxon had the part of the villain which he played quite well. As the bad guy he’s a little over the top but is still believable enough that the role was well-suited to him for the duration.

This film got a little weird but that’s kind of what made it work at least enough to get mentioned. Throughout most of the film he is acting as himself, when he gets shown that is. It’s odd to realize it but for one of the films that he’s known the most for he really doesn’t have a lot of screen time in any of them. In part 3 is probably where he has the most on screen time of all when he and Bill Maher are trying to consecrate Freddy’s grave.

Now this one most people should remember. Roper was the gambling addict that would bet on pretty much anything and wind up losing everything more often than not. He was a smooth talker and a good fighter but that was about all he had going for him. When he loses his best friend to a vat of acid however his role in the whole facade is pretty much decided.

Like I said, Saxon belongs to a different era, but one that is still important to remember since it laid the groundwork for the movies we have today.