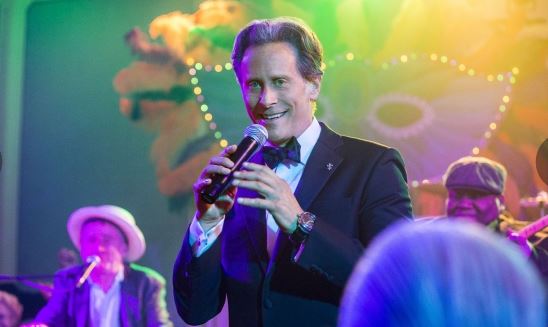 There’s no better way to get the spring season going than by celebrating Mardi Gras. The infamous festivities in New Orleans is known for the best music, food, and tons of colorful beads. If you’re unable to join the craziness in person, don’t fret. There are tons of shows and movies that feature the wonderful backdrop of New Orleans and the awesome culture of Mardi Gras. Here are the top 5 Mardi Gras scenes you can watch on TV and the movies.

Tom Cruise has always been a great action star. In this movie, he gets into a really good chase with the bad guy–all while he’s also trying to protect his daughter. The scene really puts into perspective how crowded it gets during Mardi Gras, so much that they mostly use the rooftops of the French Quarter to chase each other around.

The Princess and the Frog

Perhaps one of the best family-friendly depictions of Mardi Gras comes in the form of a Disney film, of course. The Princess and the Frog shows all the beautiful things about life in Louisiana and everything that’s wonderful about Mardi Gras–including the music and the food minus the beads, but there’s the usual evil element as well in the form of a voodoo doctor. Princess Tiana sure gets the ultimate adventure when she turns into a frog, and this movie is riddled with all the fun and colors of Mardi Gras.

Candyman: Farewell to the Flesh

Who could ever forget the Candyman franchise? If you’ve never seen it, now would be a good time to watch part 1 and 2. Part 2 features a Mardi Gras scene that will give you a bit of the creeps. It’s right in the part of the movie when things are just about to get out of control scary. Mardi Gras is fun as ever, but it can get a little creepy depending on how you look at it. Make sure you never find yourself alone in the dark or saying Candyman’s name to conjure him up.

If you’re looking for something a bit more classic, Easy Rider is the best way to go. This film has the best depiction of Mardi Gras and everything that goes along with it without the obvious iterations that films such as 2011’s Mardi Gras Spring Break shows. In this movie, Dennis Hopper and Peter Fonda gave us a glimpse of how Mardi Gras was celebrated back then–still equally crazy but just a little less crowded. It’s a touching film about culture and counterculture and a sure way to get into the spirit.

The best show on television about New Orleans currently is no doubt NCIS: New Orleans. One episode in particular captures Mardi Gras as it is today. Pandora’s Box 2 is a crossover episode of both NCIS and the New Orleans spinoff, and it features the parade at the center of the episode. This clip shows Torres trying to fight the crowd of bead-giving partiers, while he talks to McGee about the usual crime-solving stuff. This is probably the closest depiction of how Mardi Gras will feel like if you were actually there.