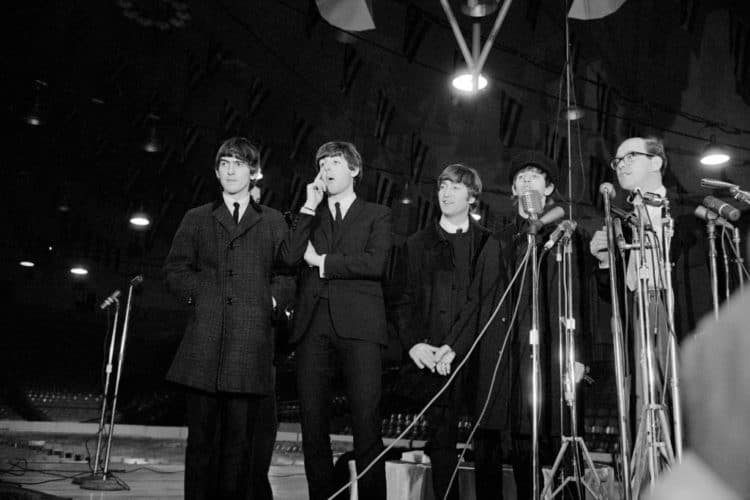 Here Comes the Sun was written by George Harrison and was featured on the Beatles’ album Abbey Road in 1969. Funnily enough the song represents the coming of spring and the reprieve that Harrison managed to get on the day he wrote it from a meeting with the Beatles’ Apple Corp organization. He was playing hooky at his friend Eric Clapton’s house for the day when he wrote the song. Thankfully it became one of their most well-known tunes, especially by George Harrison, and has managed to remain a favorite to this current day.

It’s nice and uplifting really when you need a pick me up.

The most recent Parent Trap movie features the song and even the likeness of the Abby Road album as two of the main characters go walking across the same type of crosswalk on their way to a studio. This movie followed fairly close to the original but had to be updated obviously for the era. Some people still can’t wrap their heads around splitting up a pair of identical twins in this manner.

You might not give a lot of thought to the idea of a bee communicating with a human but when it comes to this movie it’s more than just that. Obviously bees are important for the environment as they pollinate flowers and sustain the growth of certain flora within the ecology. But when Barry sues humans and stops the honey production there’s nothing left for the bees to do and things start going south quickly. Thankfully a compromise is reached and bees and humans learn to coexist.

I Am Sam is kind of a sad story about a mentally disabled father who’s trying his best to raise a daughter after her mother ran out on them. Try as he might though his daughter begins to learn at much faster pace than he can, prompting child services to finally step in and assign her to a new home. Sam eventually stops trying but is finally brought around by his attorney, who is working pro bono and eventually finds out just how special of a person he is.

There’s something about Colbie Caillat’s voice that is so very moving that she could sing just about anything and make it sound somehow magical and so airy that you could just float away on the breeze. She’s one of those singers that sounds so laid back that you can’t help but think that she’s so into her music that it just comes naturally. So then it seems easy that she could get into just about anything.

It’s usually best to go back to the person that originated the song if you really want the best representation. They were the first ones to come up with it and therefore they’re the ones that know how to sing it best. George Harrison was one of the biggest stars of his time and even today his voice is missed.