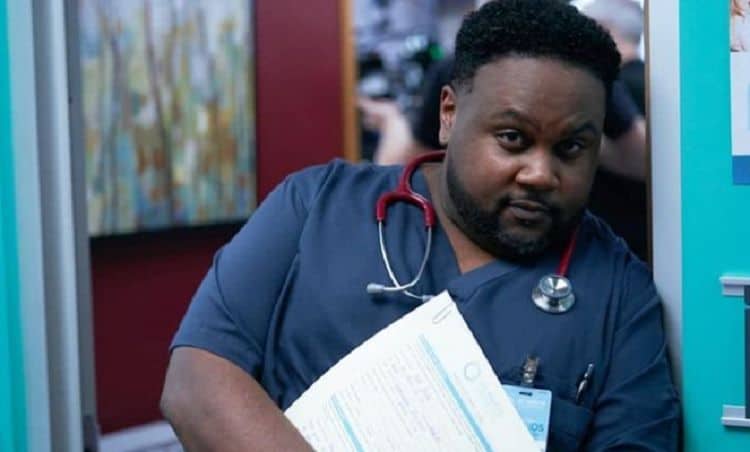 To say that Tristan D. Lalla is talented would be an understatement. Over the course of his career, he’s proven time and time again that there’s nothing he can’t do. No matter what kinds of roles he’s been cast in, he always manages to rise to the occasion and put on an incredible show. Within the last few years, he’s finally started to get the recognition he deserves. He got a huge break when he was cast as Damien Sanders in the NBC series, Nurses. 2021 will continue to be a big year for him thanks to his role in the upcoming film, The United States vs. Billie Holiday. Continue reading for 10 things you didn’t know about Tristan D. Lalla.

1. Seeing A Production Of A Christmas Carol Really Inspired Him To Act

Tristan comes from a creative family and the acting bug was never too far off in the distance. However, it was A Christmas Carol that really made him want to be an actor. He told Up Front NY, “one of the leads was a young black actor. I recognized myself in him and knew right then and there that this is what I wanted to do.”

2. He Was Named After A Character On General Hospital

Many people don’t even know if there’s a story behind their name, but Tristan has a story and it’s a pretty interesting one. During an interview with The Nerdy Girl Express Tristan shared, “I am named after my mother’s favourite actor from General Hospital (Tristan Rogers, who played Robert Scorpio).”

3. He’s Been In Video Games

Live action work is what has gotten Tristan the most attention, but it’s certainly not the only thing he’s done. He has actually been a voice actor in a few video games. Most recently, he voiced Roscoe Clanton in the 2019 video game The Outer Worlds. He also did voice work on Far Cry 5.

Admit it, you’ve had moments where you’ve looked at someone and wondered whether they were a dog or cat person. For anyone out there who may have been wondering about Tristan, he’s a cat person and proud of it. His cat, Boopsie, makes frequent appearances on Tristan’s Instagram.

5. He Feels The Most At Home When He’s On Stage

TV may be where the money and fame are, but lots of actors prefer the stage and Tristan is one of them. While talking to Up Front NY he said, “I’ve felt the most in my element on stage. Over my career I’ve been really fortunate to touch stages all across Canada, in over 70 productions. It’s been a ride!”

6. He Has A Long List Of People He Would Love To Work With

Tristan has gotten to work with lots of awesome people over the course of his career and he’s grateful for everyone opportunity he’s gotten. Still, there are quite a few people he hopes to get the chance to work with some day. Among the names on the list are Ava DuVernay and Will Smith.

As someone who loves performing on stage, it’s only right that Tristan also be a fan of watching stage productions. One of his favorite musicals is Rent and one day he hopes to be part of the cast. He would love to play Tom Collins who was originally played by Jesse L. Martin.

8. His Grandfather Was One Of The Inventors Of The Steel Pan

Although Tristan was born and raised in Canada, his family is originally from Trinidad. He is very proud of his West Indian roots and actually has a very cool connection to Trinidad’s history. His grandfather, Rudolph Charles, is one of the people who invented a drum called the steel pan. The instrument has since become a very big part of the island’s culture.

9. He Knows Who He Would Want To Play Him In A Movie

Even if there’s absolutely no chance that anyone would make a movie of your life, you’ve probably thought about which actor you would want to play you. Tristan has, too – although there’s a significant chance there could be a movie about him some day. The actor at the top of his list of Malcolm-Jamal Warner.

10. He’s Working On Developing His Own Projects

Tristan has been heavily focused on acting for the last several years, but now he’s hoping to expand his horizons and break into other areas of the industry. He is in the process of developing a TV show and a podcast. He hasn’t shared much information about either project, but hopefully he’ll have some details soon.