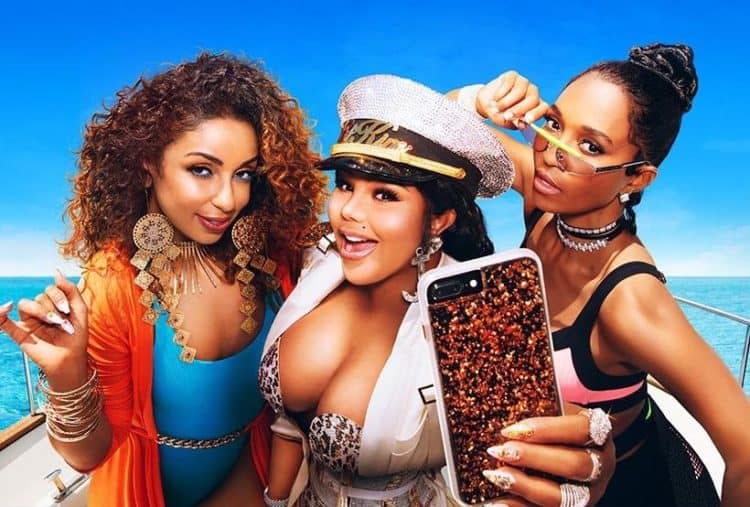 What do you know about the VH1 reality television show called Girls Cruise? It’s a new show so you might not be too aware of it. In fact, you might not even know that it exists at all. If you like reality television, this is probably something that you’re going to want to check out. Even if you don’t really consider yourself a big fan of this type of television program, you still might find yourself being drawn into it, just for all the personal drama that is bound to go along with a show like this. That being said, here are 10 things that you may not know about the show. You can use these things to decide for yourself whether or not you want to explore it further.

If there’s anything you do already know about this program, it’s probably that she stars in it. After all, VH1 has been using that fact to promote the show for quite some time. However, you might not be aware that she has a much larger role than just being in front of the camera. She’s also a producer on the show, meaning that she has some clout when it comes to deciding what happens on the show, as well as what actually makes it to your television screen and what doesn’t.

2. It’s not always about fighting

If you’ve ever watched these types of television programs, you have probably gotten used to people screaming at each other, pulling hair and even clawing at one another, as well as everything else that you can imagine when a cat fight is involved. As a matter of fact, you probably think that this show will be no different than virtually everything else that you’ve already seen. The good news is that it’s not always about fighting. They don’t always get along, to be sure, but it’s really about much more than that. If you want to know more, all you have to do is keep reading.

3. If you’re just now hearing about it, you can still catch up

As previously mentioned, this is a brand new television program and the first episode just aired on July 15th. That means that you’re not too far behind to catch up. Even in today’s world of binge-watching virtually everything, some people really do still prefer to watch television on the same day that a show airs, or at least in the same week. If that describes you to a tee, then you’re in luck because all you have to do is catch up on one episode and then you’ll be current.

4. The show stars a lot of people that you will probably be familiar with

You already know that Lil Kim stars in the show, as well as producing it, but who else is involved? For starters, you have stars like Tiffany, M’ya, Char and Chilli. B Simone and Pretty Vee are also regulars on the show. It’s already been established that there will certainly be some drama, but you might like to know that there are plenty of more light-hearted moments involving these individuals. If you’ve been following their musical careers for some time, you might be interested to see a different side of them.

5. The name of the show is spot on

You might be wondering how the show got its name, especially if you haven’t seen it before. Well, once you see it, there won’t be any question. The whole premise of the show centers around these people traveling in style throughout the Caribbean. You might think of it as an extended vacation that could be considered by some to be the ultimate girl trip. Of course, they don’t want the audience to get bored so it’s highly likely that there will be a little more involved than simply lounging around on the boat or going for a swim.

6. For some of the cast, it’s all about love

Those associated with the show haven’t made any attempt to conceal the fact that for the majority of the cast, it’s about either strengthening the bonds of love that already exist or finding new ones. Some of the people that are on the show are happily in a relationship and others are openly searching for one. As is typically the case when a group of women get together, questions about romance and finding that perfect person to be with are going to come up. From a practical perspective, it also makes things a little juicier when they’re in front of the camera.

7. Not all of them are friends

If you read the typical synopsis of the show, you might be led to believe that everyone in this cast are friends and have been for years. Some of them have indeed been close for a long time but that isn’t the case with everyone. The producers were careful about who they chose to be on the show because they wanted something where those bonds of friendship could be created but they also wanted something that would get viewers hooked and keep them that way.

This one may not surprise you much considering the fact that it is, after all, a reality television series. These types of shows seem to thrive on drama, whether it’s real or scripted, and the people that watch them seem to enjoy it just as much. This show isn’t likely to disappoint so if that’s the type of thing that you’re into, you should be able to watch it and enjoy until your heart’s content.

9. There is some jealousy involved

As previously mentioned, some of the people have been close for much of their lives but they haven’t all been close to each other. A perfect case in point is the relationship that Tiffany has with Lil Kim. These two have been friends for years and they’re extremely close. Virtually everyone on the cast is friends with Lil Kim but they’re not always so friendly with other members of the cast and at times, you can see the jealousy rearing its ugly head until they practically turn green with envy.

10. You might say it’s an example of extravagance in the extreme

People that have a great deal of money often live their lives very differently from those that don’t. That is definitely the case here. As a matter of fact, the entire premise of the show is about luxury and spending a lot of money.