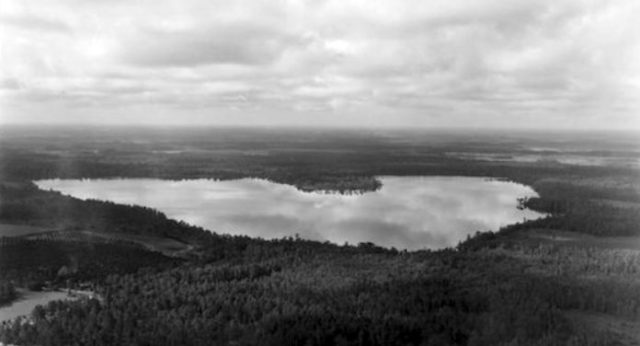 The story of how Walt Disney actually built Disney World is a very interesting one and a story that many people don’t know the full extent of.Â  When you’re buying an obscene amount of land in an area it’s not exactly easy for it to become a secret for too long.Â  Towns tend to notice when a person is buying acres upon acres of land and it isn’t long before the buyer is revealed.Â Â  So when it’s a famous buyer it’s easy for it to become national news.Â Â  But did you know that Walt Disney was actually able to keep his purchase of much of his Orlando land a secret?Â  You might be wondering how.

Its turns out that Walt Disney created multiple fake companies (like M.T. Lott Real Estate) to buy Florida land in the 1960s. This let him acquire what is now Disney World while avoiding suspicion and keeping prices low. The stores on Main Street shop windows are the names of those original companies.Â  Not only that but Disney used to constantly deny that he was ever in the area.

Naturally, local officials, citizens, and the press began to take notice of the giant land grab. As each deal was finalized, speculation grew as to who the mystery buyers were. Several large industrial companies were thrown about as the potential buyers. At one point, a TV station announced that the buyer was Ford, only to announce the next day that it was a hoax. Disney was one of the companies in the mix, but Walt continued to deny any involvement. As the media buzz in Florida continued to grow, little cracks began to form in the faÃ§ade. A grocery store clerk quoted to the Orlando Sentinel that “strange men from California kept coming to get sodas from him”. Another time, Walt himself was recognized by a waitress.

He then cooked up a story about how his parents had been married there and he was taking a “sentimental trip”. During a press gathering for Disneyland’s tenth anniversary, Walt was blindsided by Orlando Sentinel reporter Emily Bavar. After being asked why he was spending time in the Orlando area, he froze and then babbled on…neither confirming nor denying anything. He had tipped his hand. Bavar was now suspicious, leading her to key in on Disney as the likely suitor. Some weeks later on October 21, 1965, Bavar published a story in her column predicting Disney as the buyer and a new theme park being built in Orlando. Three days later in the Sunday edition, the headline read “We Say Mystery Industry is Disney.”