Home
TV News
Was The Show Little House on the Prairie an Accurate Historical Representation? 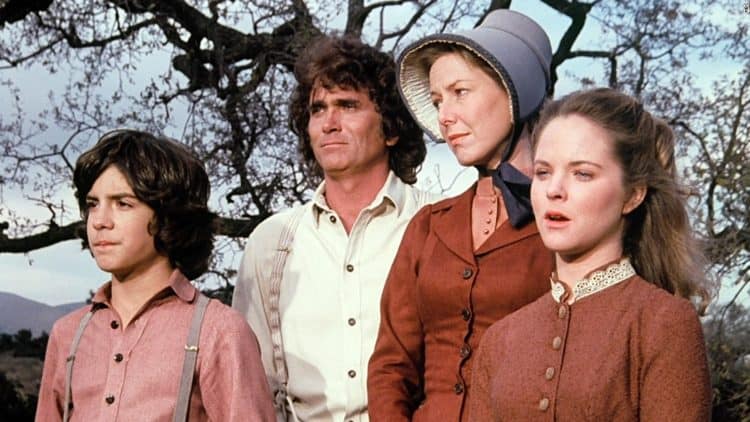 For nearly a decade, Laura Ingalls and her family brought prairie life right into people’s living rooms. The show, Little House on the Prairie is based on a book of the same name. It tells the story of a family living on a farm in Minnesota during the late 1800s. The TV series, which starred Melissa Gilbert, was a massive hit . On the surface, the concept may not sound that intriguing. However, it was full of all of the elements that make a show worth watching. On top of that, it provided a unique glimpse into what life may have been like as a pioneer in the upper midwest. For many people, the show represents the beauty of the American Dream. But while the show seems like a fairly authentic representation, was the show Little House on the Prairie really accurate? Let’s find out.

Is The Show Based On A True Story?

First things first, the series is authentic in the sense that it’s based on the story of the Ingalls family. The family really did live in the midwestern part of the United States during the 1800s, and many of the specific details about the characters are true. The story of the family first appeared in The Little House books written by Laura Ingalls Wilder. Laura is also the primary character in the show. The first book in the series, Little House in the Big Woods, was released in 1932. However, while the Ingalls family’s story was the basis for the series, the books and show aren’t entirely autobiographical. Instead, Little House on the Prairie is considered historical fiction. The book series consists of 9 novels. The final book was released in 1971, more than a decade after Laura Ingalls Wilder’s death.

The Accuracy Of The Show

One of the most important things to note about The Little House book series is that they were written for children. As a result, some of the details were watered down to make the story more digestible for a younger audience. It’s also important to take into consideration that any TV or film made from a book will have some differences. With that being said, many of the details of the show do appear to be true. However, life on the prairie was likely a lot more difficult than it was depicted to be on the show.

According to Books Tell You Why, “the books do not provide the whole picture. Pieces of Wilder’s more shocking experience as a young pioneer, like seeing a drunk man die after accidentally setting himself on fire, or a husband dragging his wife out of their home by her hair, had no place in a children’s book.” Another detail that was left out of both the book and the TV series was the fact that Laura Ingalls had a younger brother named Charles Frederick “Freddie” Ingalls who passed away about a year after his birth.

A user on Quora named Diana Arneson also noted that the show was “was the Hollywoodized version of pioneer family life—-in essence, a sentimentalized version of a modern American family wearing quaint 19th century clothes. In real life, the Ingalls girls didn’t get scads of elegantly wrapped presents for Christmas—-they had to be content with a stick of candy and an orange apiece.” Additionally. “In real life, the Ingalls girls suffered from diabetes, dental problems and infertility in their later lives, results of malnutrition in their childhood years.” Diana also said, “For some reason, Hollywood shrinks from the idea of having to explain to kids, “Things were different back then.” So many “family” TV shows weren’t about what life was really like in the past, but an idealized version of modern life, in 19th century costumes.”

The Importance Of Little House On The Prairie

Even though Little House on the Prairie isn’t entirely accurate, it’s still an important body of work. The books are widely considered among some of the best children’s books of all-time. The show is also widely considered a classic. Even though Little House on the Prairie has been off the air for more than 30 years, it continues to be highly regarded by people of all ages. Plus, despite not being entirely accurate the show still provides a unique look at life during a time that seems almost impossible for most people to imagine. In reality, it’s no secret that the entertainment takes a lot of creative liberties. Things are sometimes added and embellished for the sake of entertainment.