Home
Video Games
What if Mario and Sonic Swiped Sidekicks? 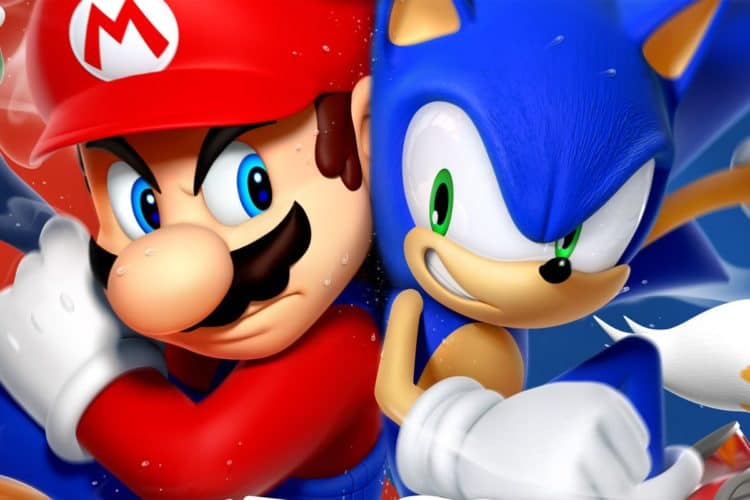 Poor Luigi, he kind of gets the short end of the stick all the time doesn’t he? When you think about it Luigi can’t really do much more than Mario, and despite his much higher and longer jump in the second game it’s still slow, he’s still slow, and all in all he’s still just a green, lanky version of Mario. Tails on the other hand is the kind of sidekick that’s useful to have since he can fly, he can smash through things, somehow, and is super fast. Swapping out sidekicks for a day would really hamper Sonic and give Mario an edge that he doesn’t really need but would definitely take advantage of a dozen times over it would seem. And why not? Tails is the kind of sidekick that is there to help most of the time and doesn’t seem to feel the need to change lanes and become the star all that often. It might seem like he’s oppressed in a way since he’s bound to play second fiddle to Sonic all the time, but Tails usually seems pretty satisfied with his role since there is something he can do that Sonic can’t. Luigi on the other hand is just kind of the slower version of his brother and the second stringer that only a handful of people really ever look to when it comes time to select a character.

There have been those that have thought of Luigi as something more than the ill-fated brother that no one wants to pick since he is a part of the game after all. Mario has always been given the glory, but he’s also relied heavily on Luigi now and again since there have been moments when he simply can’t do without his brother no matter how the game goes. It’s hard trying to stick up for Luigi since he’s always been second string, but at the same time he’s still an integral part of the whole thing and as a result is kind of hard to do without. Tails on the other hand is someone that came in, game-wise, in the second installment and was almost too easy to like since he had roughly the same capabilities as Sonic but could fly as well. And how a fox can possibly bash their way through the obstacles he has in the past is hard to explain, but then again it’s just as tough to explain how a hedgehog can do the same thing. Let’s just say that the idea behind them both is sound enough that people have taken it without needing a long-winded explanation, as this seems to be what has happened throughout the years. If you were really going to apply logic to either video game then things would look a lot more grim since the atrocities both characters are guilty of would be enough to land them both in video game prison for a long, long time.

Seriously, Mario squashes mushrooms and knocks turtles right out of their shells, oh sorry, goombas and koopas, and basically stomps on anything he can just to get ahead. By that logic Sonic decimates his enemies by popping them or running right through them with his super speed, essentially destroying whatever he hits. If either game was put into a realistic movie you can bet that both characters would be seen as insanely dark, but that wouldn’t be likely to turn people off since it might actually make for a decent R-rated movie. But you simply know that people wouldn’t stand for that, not in this era. So we sit back and think of our what-ifs and wonder just what it would be like to see Mario fly off with Tails for a bit and Sonic try to deal with Luigi and his utter lack of talent that would leave him at the starting line when Sonic was well on his way to winning the game. Yep, poor Luigi. It’s pretty bad when characters like Toad and Princess Peach are considered to be a lot more entertaining than you, even if Luigi does have a few saving graces in the form of fans that won’t just let him fade into obscurity.

In a way it would be kind of fun to see an all-inclusive, old-school game of Mario and Sonic with their respective sidekicks. In fact if it could happen that a player could pick a primary and then secondary character it might be kind of interesting to see who people would pick. Selecting Mario and Sonic to team up would cause an instant argument it would seem since there’s a definite idea in the minds of some just who would be backing up who. But when it comes to Tails and Luigi, yeah, it seems fair to say that a lot more people would be picking Tails for the sheer convenience.