Home
Entertainment
What is Fairuza Balk Up to These Days? 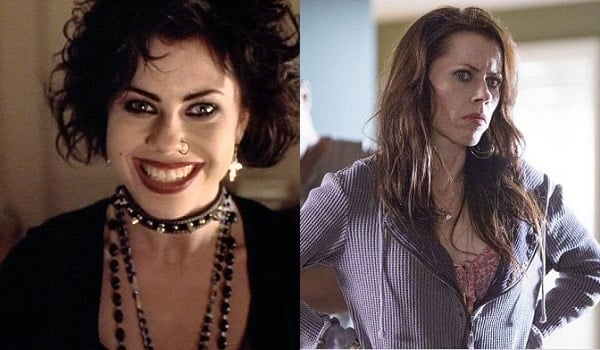 Let’s start out by saying that she’s still acting. Despite being in her 40s and seemingly not being seen as much Fairuza Balk is still very much a talented actress that has her place in show business and isn’t about to just up and disappear as some might have guessed had happened. It is kind of obvious to see that her reputation as a bad girl in films has kind of waned since she’s not playing the same type of characters that made her so overwhelmingly famous in the 90s. Be honest, Vicki Vallencourt from The Waterboy and Nancy from The Craft were two personas that were among her best. Even Stacey from American History X was a wild and crazy character that she played to the hilt and still managed to establish her as something of a wicked and overall tough girl back in the day. But these days age is starting to show on Fairuza and it’s obvious in more than her looks, which haven’t faded but have taken on a new level of depth that comes to a lot of people that don’t appear as ageless as others do throughout the decades.

In other words it looks as though she’s grown up and stepped away from the dog collars and short, spiky hair and Goth look that helped to make her so popular back in the day. Amanda June Bell from Nicki Swift has given a kind of detailed look at Fairuza as the woman went from being a poorly typecast actress who was constantly put into gloomy parts and finally kind of burned out on the idea of acting for anything but the chance to act. Fairuza has been in a number of Indie movies throughout the years and even in a few series either as a guest or a recurring character. But it would seem that her interests have diversified over the years and she’s been doing her best to try and stay on screen while at the same time taking her interests elsewhere and putting energy into the various paths she’s decided to walk. From music to art to clothing designs she’s been a busy woman since taking on less of a presence on screen, deciding to find other ways to channel her talent so that she might find a bit of success here and there. You could say that a lot of actors have done this throughout the course of their career either to diversify their talents or simply to calm themselves down and find a pleasing hobby. Fairuza seems like one of those that simply wants to do more than just act, though when it comes to acting she no longer feels like being as recognized as she once was, she just wants the opportunity to do something she loves.

Now how many people ever really go in for that kind of thing? A lot of actors seem as though they’re there to get paid and that’s usually the case. Obviously Fairuza isn’t denying that she likes being paid, but the whole idea of going into work just because you love what you do is the ideal that many people try to live up to at one point or another and many usually fail at. Zack Howe from Ranker has alluded to the fact that The Craft was responsible for a lot of her fame and he’s not wrong, but it’s also interesting to hear that Fairuza is not even close to being on board for another Craft movie. If it were to ever happen it seems as though she might say no altogether unless the circumstances were just right and it was a return to something that might interest her in a creative way that she couldn’t rightfully deny. Otherwise it seems that she’s become so disillusioned with Hollywood that she’d rather take the lower-paying jobs and be able to look at herself in the mirror rather than take on the big roles that would demand far too much of her and leave feeling as though she’s been used and pushed aside yet again. Artistic integrity is something that often gets laughed at in the hallways of Hollywood since some would gladly say that integrity is something you have aside from a paycheck.

But so far in her life it seems that Fairuza has done just fine while keeping both firmly in hand since she’s been one of the most well-remembered actresses in show business thanks to the few big roles that people really do recall on a regular basis. Those few roles did manage to help her become something of a star in Hollywood after all, and they did set up the career that she’s had since. It’s easy to see how she might be ready to just do the Indie movies, but it does seem that she might be ready for a comeback one of these days.