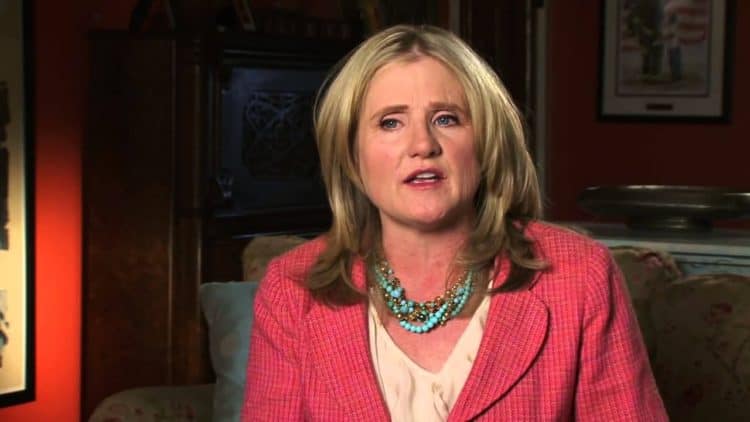 Nancy Cartwright has a long history with ‘The Simpsons’. She has spent over three decades providing the voice of Bart Simpson and various other characters. Cartwright has done this from the very start when ‘The Simpsons; was a series of shorts that were aired as part of the Tracey Ullman Show. She then continued with the voice roles when ‘The Simpsons’ became a series in its own right. Until recently, she had not considered contributing to the creative direction of the show, but this has all changed now that she has penned her very first ‘The Simpsons’ episode.

Cartwright told variety and interviewed on Fox that she could never have imagined herself writing for the show until a few years ago. However, she then gained some experience of writing outside the series when she co-wrote ‘In Search of Fellini’, a 2017 independent film. The film is loosely based on Cartwright’s own life. She had also written a book back in 2000. The book was titled ‘My Life As a 10-Year-Old Boy’. This refers to her providing the voice for Bart Simpson who has remained a 10-year-old prankster since the beginning of the series and has never aged. Cartwright has described this as a completely different writing experience as it was her memoirs, based on her own experiences. Therefore, she found this easy to write.

After writing the film and realizing that she had enjoyed the experience, Cartwright then began to consider the possibility of penning an episode of ‘The Simpsons’. Although she had written both a book and a film, she knew that penning something for ‘The Simpsons’ would be completely different. Each episode of the animated sitcom is divided into three acts and she saw this structure as a challenge.

Despite her fears, Cartwright decided to take the plunge and face the challenge. She was excited to get out of her comfort zone and try new things. She saw writing the episode, which is called ‘Girl’s in the Band’, as a way of communicating and expressing herself. Central to this episode is Lisa Simpson, who is voiced by Yeardley Smith. A conductor, who is played by guest star J.K. Simmons, recruits Lisa to the Capitol City Philharmonic. Unfortunately, it takes its toll on both Lisa and her family as they must trek to a neighboring town for rehearsals and there are costs associated with her joining the group.

According to Cartwright, the Simpson family all making sacrifices for Lisa is supposed to send a message to the audience. She was trying to convey that art should inspire people and make them feel good or it has no purpose. It is interesting that Cartwright chose to center the episode around Lisa when it is Bart who is the character voiced by herself. She was more than happy to explain this during interviews and described how it related to her personal experiences in her teens.

At that point in Cartwright’s life, she was part of a speech team in Ohio and she took part in competitive events. Like Lisa’s passion for music, Cartwright was passionate about the speech team and loved winning. It was also at this stage in her life that she realized she had a potential career thanks to her voice as the judges always said it was unusual and suggested she did cartoons. Surprisingly, it never occurred to Cartwright to write the episode with Bart at its center. She said that Lisa stands out to her because she is the middle child, the voice of reason, and the family member who is always striving to be heard. Cartwright felt that she could relate to Lisa finding herself in a position where she was artistically challenged.

Cartwright wrote the episode away from the writing room and then submitted it for the series’ team of writers to edit. Unfortunately, Cartwright was away for the first week of this process, and she felt that she missed out. However, as soon as she returned, she was shown the procedure by showrunner Al Jean. The team of writers then got to work changing the episode drafted by Cartwright. One thing they have to make sure of is that nothing has been repeated from previous episodes, which is a difficult task as there have been more than 650 episodes of ‘The Simpsons’.

Cartwright says the experience has given her a greater understanding of the different processes involved in creating the series, even though she has been there from the start herself. The episode airs tonight, March 31, 2019.