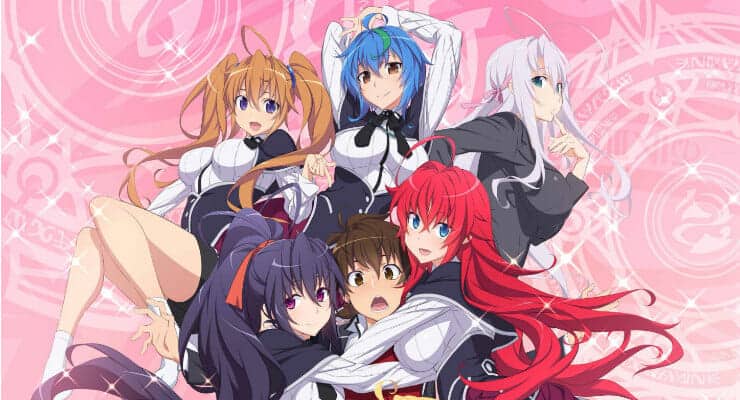 “High School DxD” is an anime series about Issei, a student who wished to be a harem king but ends up being murdered by Yuuma, a fallen angel with whom he had gone on a first date. Rias, a devil, helps Issei come back from the dead, but it is at a price; he has to work for the school club and become Rias’s new pet. The light novel has been adapted into four anime series, and now fans are waiting for “High School DxD” season 5, so here is what we know so far about its production and release date.

Passione Studio is in Charge of Production

One year ago, a discussion on why Passione Studio took over the production of season 4 of “High School DxD” began on Reddit. It also disclosed why the animation studio would continue with season 5 of the series. On Wikipedia, the reason cited for TNK being dismissed is due to creative differences between the studio, the scriptwriter, director, and original series writer. However, the discussion sheds some light on why Passione Studio had to intervene.

According to the speculations of the anime series’ fans, TNK messed up by switching the chronology of the source material. The studio said it would make the anime better, but since they could not fit all the material into the series, they decided to create their ending, which suited the arc they had developed. Unfortunately, that did not sit right with the executives in charge; hence TNK had to go, and Passione Studio was brought in to salvage the situation.

The Art Style in Season 4 Will Not Change

By the time Passione Studio came in to produce season 4, the viewership had already dropped due to season 3 deviating from the original plot. As the discussion further enlightens us, fans were apprehensive of what season 4 would entail, and were surprised to see that Passione Studio had altered the art style that TNK used. Although fans did not like TNK changing the ending, they liked their art style. Some fans did not mind the change, while others hoped that people would be comfortable with the new style by the time season 5 airs. Some people said they felt that the art style for Hero was not perfect, but in their defense, others said Passione Studio was sticking to the source material’s art style.

According to Comic Book, the producer, Satoshi Motonaga, said that the anime series staff wanted to give the series a fresh perspective to capture old and new fans. Therefore, besides going with a new animation studio, they decided to change the character design, arguing that although the old character designs were too popular, they expected the new animation studio would come in with its own art style and interpretations. Season 4 became among the best series produced and was well-received; thus, it makes sense that they will maintain the art style instead of shifting to the former even if some fans felt the former was more detailed. The bottom line is people would rather have a different art style than a repeat of season 3 hence the decision to stick with Passione Studio for season 5.

It Continues With the ‘Hero Oppai Dragon’ Storyline

According to TV Season Spoilers, the director Yoshifumi Sueda and Passione Studio revealed that season 5 of “High School DxD” will follow the ‘Hero Oppai Dragon’ arc that was started in season 4. When Passione Studio took over production, they had to win the fans by tweaking the arc. Therefore, in season 5, the story will begin with Middle-Class Promotion Tests. It is unclear if there will be some romance in season 5, as was in season 4 when Rias and Issei shared a kiss, and fans should be curious to know what Koneko will do after confirming his suspicions about the two. As for the tests, Issei has to prepare for them because passing them will raise his ranks that indicate the Devil’s Strength. Season 4 covered volumes 9 and 10 and had 12 episodes. Similarly, season 5 is expected to have 12 episodes adapted from volumes 11 and 12. There is no need to mess up by squeezing all the materials in season 5 because it has already been confirmed there will be season 6. Since the light novels go up to 22 volumes even if season 6 is produced, there will still be more material for other seasons or film adaptations.

According to The Awesome One, a new “High School DxD” season was expected in 2020. Unfortunately, the coronavirus pandemic struck, and the date was postponed. Most people speculated that since it had already been set to air, it would most likely air in mid-2021. However, it is already July 2021, and the series is yet to air. Desperate fans eager to enjoy it even started a petition to have it released in 2021. So far, the petition has over 3,600 signatures out of the 5000 it hopes to achieve. Some sources expect that the anime series could still make a debut in October 2021, but most anticipate a 2022 release. All the same, the author encouraged fans to buy more of the light novel series, saying that higher sales would jumpstart production.

However, others believe that the series will have to wait until Passione Studios is done with “Project Bean Bandit.” Reports reveal that the studio can only work on one anime at a time, and they are already booked for the “Project Bean Bandit,” meaning that we will have to wait until they wrap up with that series before they can continue with “High School DxD” season 5. While the release date is yet to be confirmed, the main cast is expected to return, and there is no news of additional characters.