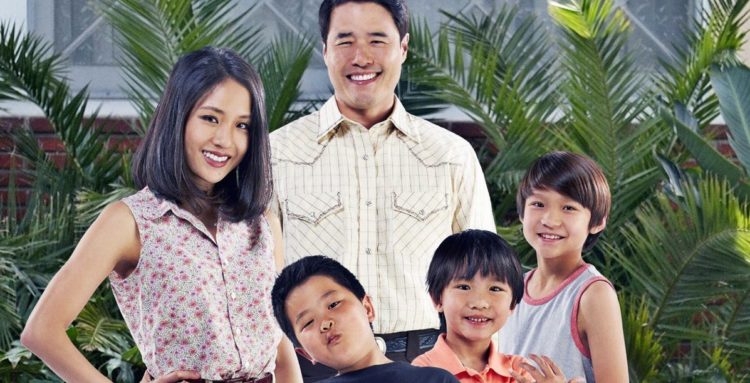 As Abdullah Al-Ghamdi from ScreenRant has said there’s not really a lot known about the spinoff that’s going to come from Fresh Off the Boat but there’s still plenty to say about it since a lot of people seem to think that it’s not going to be a sure thing when it comes to replicating the same success. One might almost think that Fresh Off the Boat might offend a lot of people these days since the idea of a show carrying this title and featuring an Asian family in America might seem like a trigger that could possibly anger a few people. Thankfully though audiences seem to like the show thus far and have taken to it quite well. The only thing that remains is to see whether or not the spinoff will be just as good or if it will lack that necessary quality that makes the show so endearing.

This is a commonality among some spinoffs as Samantha Davidson from Los Angeles Post Examiner would agree with since the fact is that a lot of them are trying to bank on the same formula that made their parent shows so popular and in some cases it just doesn’t work that well. It’s not a new development as shows have been doing this for decades, with varying degrees of success and with periods in between when spinoffs tend to die off a bit in favor of all new shows. The average spinoff is a gamble though, a chance that some people are willing to take when they feel that the main show is either closing up or doing well enough that a new idea can take root and take off. Black-ish had Grown-ish after all and whether or not you want to debate the spinoff seems to be going okay for what it is. The main point though is that a spinoff is much like a sequel in a lot of ways since the show comes from a parent show and tries to replicate what made it possible in the first place. The only problem here is when the same formula is used and attempted in a new show people tend to see right through this and in many cases the spinoff fails to work.

There’s more than one instance in which it has worked beautifully however since there’s always a chance that even the most luckless gamble is going to resonate with the audience. The trick though is to keep the same formula and work it in another direction that’s different enough from the main show but not so far out of reach that it can’t come back and reference the parent show now and again. People tend to like this aspect since it allows them to connect to the parent show when they want some frame of reference and it helps with nostalgia if the parent show was the first to go out. Quite honestly you don’t need to have graduated film school or even attended a semester to figure this out since watching enough TV throughout your life will open you up to the many different methods that producers and directors tend to use.

So far it would seem that Fresh Off the Boat is one of the more popular shows on TV and as a result the idea that a spinoff could work isn’t too far out of bounds since it could easily go off in a different direction while keeping the same feel of the parent show. What will make a big difference though is who gets cast, what kind of issues the cast will deal with, and of course whether or not it will continue to connect back to the parent show on a regular basis, or at least a semi-regular basis. So far people have become quite used to the overall story line and are likely to want to see something along the same lines but with enough difference to it that the show will be something they can embrace after a while. Thinking that a spinoff is going to be an instant success is a mistake that the writers and producers might want to make, but a director seems wiser if they wait for the response of the audience since they’re the ones that are really going to decide whether the new show sinks or floats.

There’s no doubt there will be more information coming along the pipeline as the days go by but right now it would seem that the biggest concern is finding a cast to helm the show and finding a story that the writers can run with and really sink their teeth into. So long as those two conditions are met there should be a lot that can be worked with in order to bring this new show to fruition. If it’s even half as good as Fresh Off the Boat it should do just fine.