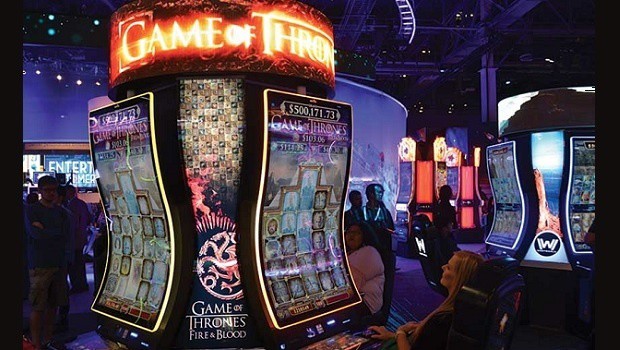 Quite honestly some people are still reeling from the end of GoT and it shows since they can’t let go of the whole ‘Dany went mad’ twist and the fact that Jon actually did the sensible thing and ended her rule before it could really begin. But for those that are over those points and want to move on but are still wanting to partake of something that has to do with Got, Tim Adams of CBR describes the GoT slots game by Zynga as something that can at least give them the visuals they’re craving. It’s no secret that a lot of our favorite shows and movies have been given over to gaming platforms throughout the years since it’s been proven that the images will garner a lot of interest and will entice people to play since it’s a chance to get that fix that is needed at times that can’t always be provided due to not being by the TV when we want to in order to put our favorite episodes on. Of course some might argue that’s why we have cellphones these days as they can serve as streaming devices as well. But the game does provide a bit of enjoyment without the reminder of why it was so painful to see the show end.

Oscar Gonzalez of Cnet has made it known that the game is at this time available in the Apple apps store but will be making the move to Facebook and the Amazon app store. Even better is that unlike a lot of slot games the GoT game will make it possible to build your own house and socialize with other players as you go about the business of making your house greater with every win. It almost sounds like an interactive slots game that could possibly be upgraded if there’s enough interest in the coming months and could even become something that could help some people get over the pain of the show making its way into the final sunset. It might seem naive in a way to think that a show like GoT could ever be enjoyed while playing slots but then in the mindset of some folks being able to see even a part of the show again and again is worth it, as the small high they could get from the experience is something that a lot of folks tend to enjoy more than anything. The show did seem to leave a lot of people flat when it tweaked their emotions in a way that they weren’t expecting and then left them to twist about for a while, but in the end things happened the way they should have and there’s nothing much else to say about it.

As Madeline Ricchiuto of Bleeding Cool has confirmed the game will feature such popular characters as Cersei and Jaime Lannister, as well as Tyrion Lannister, Jon Snow, and a few others. Slots is definitely one of those games that some people can sit and play for hours on end while some might need to get up and walk around for a bit after a few minutes. It is a great type of game to play if one has to wait for a while or has nothing better to do. In this case it might be a little more interactive and therefore be worth a great deal of time if one has enough to spend. That and the fact that it’s taking after one of the greatest shows ever made in modern times is a big reason why the number of users should be in the millions. After all GoT has been one of the biggest phenomenons throughout the world since it came about in 2011, and despite a bit of a dip in the fan base every now and then thanks to less than stellar episodes or plot points the show remained a strong favorite all the way to the end. Now that it’s gone a lot of people are looking around for something else to take its place. A game featuring the favored characters of the series will have to do for now and with some people it might be more than enough to appease them.

There are various ways to advance in the game and make your house even stronger and there are methods by which the game can be made even more fun since it’s slightly more than just slots. The whole idea of making it something other than just a run of the mill slot game was no doubt by design since otherwise it would be a pretty wrapping over a rather average game. For those that have watched and idolized the show that just wouldn’t have been enough obviously, so the game designers decided to take it up a notch, and the results are nothing short of fantastic.