Home
Anime
What We Know About the New Ultraman 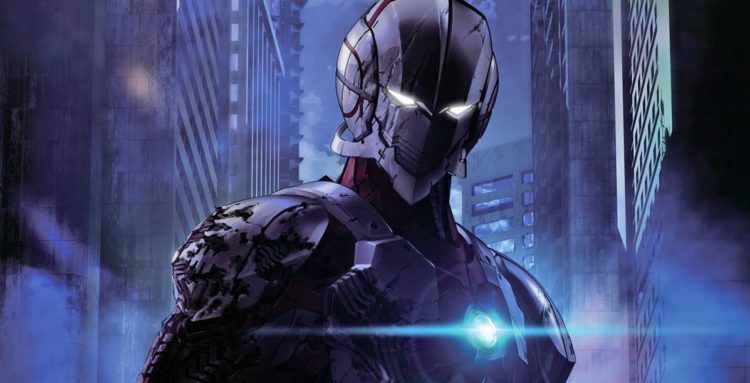 For fifty years, the character of Ultraman has been one of the most iconic heroes of Japan, like Superman and Batman have been icons in America. But now Ultraman is coming back, revised by Netflix, worldwide and is due to come out on the first of April this year! Those hoping for a traditional look will watch the series in CGI with an anime style. So far there are only thirteen episodes scheduled to be shown on the series, but that could change with the viewing, as Netflix is keeping a tight lid on that kind of news, all they have stated is that the first season of the new series will be available to stream from the first of April. Produced by Tsuburaya Productions and Production I.G, based on the Ultraman manga series, 2019 seems to be shaping up to be a great time for the fans.

When someone thinks about Ultraman, they expect to see someone dressed in a suit battling monsters on a cityscape setting, but not this series. now, the show looks sleek, modern, and dynamic with new characters taking part, and a whole new story following a different course. It hasn’t been released yet, but it looks like the new series has a lot going for it. A new two-minute clip trailer has been unveiled which focuses on Shinjiro, the son of the original Ultraman, and a direct follow up to the original Ultraman. The series will focus on Shinjiro after his father has retired after getting older and has given up the hero life.

The new anime series will adapt the manga series written by Eilchi Shimizu and Tomohiro Shiguchi. The Manga series is a sequel to the classic Japanese live-action series which ran in the 1960s. The manga is published by Viz Media and it was released into America, however, the series has a great deal of inspiration for a wide variety of episodes since the twelfth volume of the manga series was recently released in Japan.

Several years have passed since the original Ultraman, and many believe the hero simply left Earth, but Shinjiro possesses a strange power. He finds himself being able to jump unbelievably high and able to cross vast distances with each bound, incredible superhuman strength, and a body too well developed to simply be deemed normal by human standards. Something strange is going on, however he doesn’t know what, but he soon discovers his father was Ultraman, and he eventually dons the mantle and faces off against new alien threats, among them Ultraman’s old enemy Bemular but also new threats as well, such as Pseudo-Man who has emerged in the wake of his father’s retirement.

Shinjiro has a great deal to live up to as he struggles to adjust to life as the new Ultraman.

In the new trailer for the new dynamic series, Bemular is making a comeback twelve years after the original Ultraman’s retirement, but at the same time Shinjiro is dealing with emerging powers he has developed, showing he has inherited the awesome powers of Ultraman, and has no idea what is going on, though when he discovers his father was the original Ultraman he is amazed But what is also an amazing inclusion to the Ultraman story is new heroes have appeared to defend Japan and the world at large from alien threats, characters such as Seiji Hokuto. At the same time Shinjiro will have to discover who really is friend or foe as he tries his best to live up to his father’s legacy.… especially since it is made clear to the audience and those in the series Shinjiro is having problems with controlling his new powers, so he needs to wear a special suit in order to harness and use them properly lest they overwhelm him.

The series will also show heroes who are seen to struggle with Shinjiro’s claim to the title role before they help him battle and defeat the new villains who will appear.

With amazingly detailed and gorgeous three-dimensional visuals along with a great premise which has a lot going for it, the new series of the iconic superhero seems to have everything a dedicated fan would want from this new adaptation, but it also helps Production I.G is involved as they have experience producing animated series that use three-dimensional visuals, which helps reassure the fans this is going to be a great series.