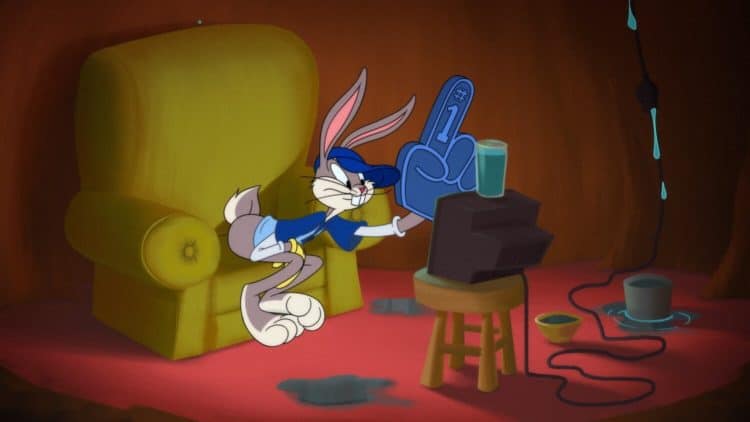 Is anyone else missing the Looney Tunes from the old days? Guns are obviously outlawed this time around but the violence is still very much in play since the mindless violence that a lot of us loved from the originals is there and it would almost appear that there’s been an attempt to ramp it up a bit, which is kind of odd after all the talk of cartoon violence over the years. Did someone finally realize that cartoon violence doesn’t directly correlate to actual violence in real life? That almost feels like it would be something that people might agree was a long time in coming. But getting away from that for a moment, the absence of guns in the cartoons is something that still makes a lot of people shake their heads since the whole idea of Elmer Fudd without his shotgun is going to be kind of awkward since the character was made out to be a hunter. Should they give him a bow and arrow and see how that works out? As of now, it would appear that the cartoon will be just as crazy as it’s ever been, but it does feel as though something is off. Maybe it’s due to age or a desire to see the cartoons largely unchanged, but it does feel as though something has been fundamentally altered. But if the series makes kids laugh it will have done its job, which is the point really.

The whole point of Looney Tunes was to make people laugh at some of the most ridiculous stories ever told, and it’s been ongoing now for such a long time that even a big change isn’t going to derail things unless people allow them to on an individual basis. Admittedly, the removal of firearms from characters such as Elmer Fudd and Yosemite Sam is regrettable since these characters were defined by their firearms as much as Daffy Duck is by his zany behavior or Bugs Bunny is by his ability to tunnel through the earth. In this current ‘woke’ era though it would appear that guns are still too controversial at this time and are bound to be viewed as something that would be in poor taste to show in a kids’ cartoon, and I won’t go into the hypocrisy of it right now since that would be another long, drawn-out conversation that might take another article to explain. Getting back to the real importance of Looney Tunes is that it makes us laugh and can at times take various situations throughout the world and make light of them in a way that kids can understand and adults can appreciate.

One thing that many people don’t always get about Looney Tunes is the utter chaos of it since in some ways the stories don’t make a lot of sense, and they’re not meant to. Many times the stories are just that, stories, and aren’t given any other meaning apart from the simplistic tale that’s being told, such as a coyote chasing a roadrunner and finding himself outwitted so easily most of the time. There are plenty that would want to sit and dissect each and every cartoon that Warner Bros. has ever released to insinuate that they’re attempting to say this or that about society. And if they are, so what? The comedy is the main point of these cartoons, and if someone is attempting to do something sinister such as planting a subliminal main point within each cartoon it feels easy to say that it’s only working on those that go looking for it. Otherwise, Looney Tunes has been a pleasing series that has entertained several generations at this point and is looking to do the same thing now. While some might want to call that type of attitude dangerously naive, let’s just say that it’s a tolerance for the chaos that the show exhibits, coupled with a need to remain joyous while watching for anything that might be deemed as harmful. Of course, if one is worried about ideas and humor harming anyone then it’s likely that they might also be the type to censor anyone and anything that challenges what they believe is right. Truthfully, the changes that have come to the show are a bit irritating, but calling for the cancelation of Looney Tunes simply because things have changed would be ludicrous to be certain.

Instead, enjoy what’s there to be enjoyed and watch kids laugh at something that’s meant to be uproariously funny and light-hearted since that’s the main goal of the show, well, that and to get ratings. So far the animated series looks and sounds a bit different, but it’s not the worst thing in the world since it still looks hilarious and is bound to make people laugh.